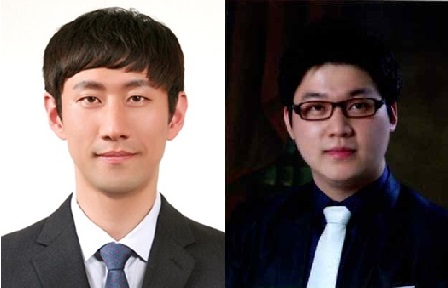 DGIST announced that Senior Researcher Changsoon Choi’s team at Department of Smart Textile Convergence Research developed a new-concept artificial skin-based sensor that detects both pressure and vibration at the same time and effectively measures textile. Unlike existing sensors which only have pressure and temperature detection functions, the new sensors detect both pressure and vibration as well as convert the surface roughness of a matter into electrical signals to identify, with more sensitive and accurate detections of physical stimulations.

The sensors developed by Senior Researcher Choi’s team opened the potential of artificial skin grafting for patients who need skin graft as a result of accidents to have real skin sense, which will bring huge effects to the related fields. Moreover, the new sensors will enable users to feel the senses through actual skin during a VR experience in a suit built with a tactile sensor.

Senior Researcher Changsoon Choi at the DGIST Department of Smart Textile Convergence Research said “I was inspired to develop new sensor while watching a movie where the main character was wearing a suit to experience virtual reality and feel his pain like in real. I hope that our research becomes the cornerstone for artificial skin-related and other researches.”