Presenting a National Strategy for the Fourth Industrial Revolution

Presenting a National Strategy for the Fourth Industrial Revolution

- A Seminar by Lee MinHwa, Chair of the Creative Economy Research Network – 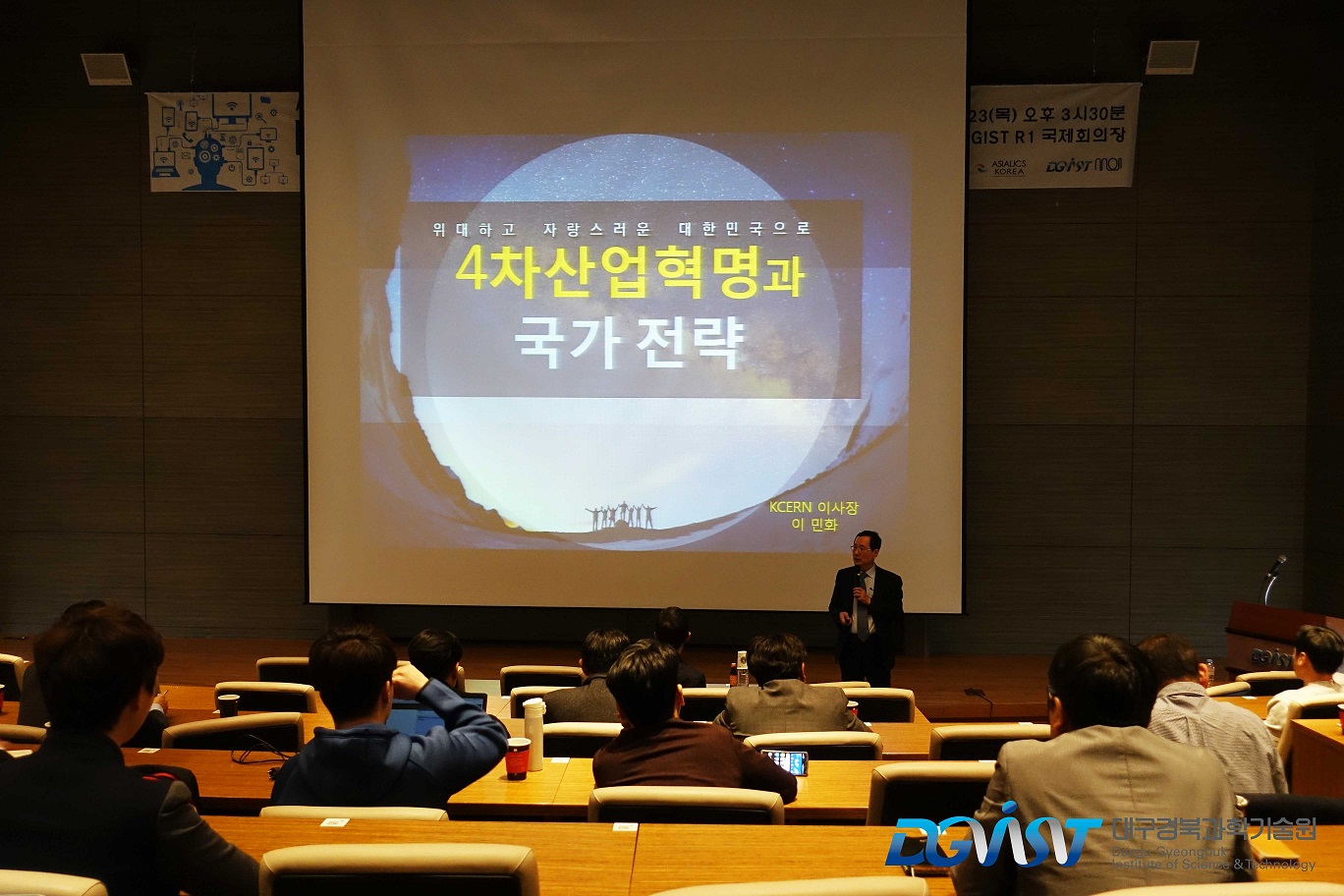 DGIST held the '26th MOI Seminar' at the International Conference Hall of its Research Administration Building on Thursday March 23, 2017.

The MOI (Management Of Innovation) Seminar, one of the MOI program courses, is held weekly to increase knowledge, information, and leadership related to technology management and start-ups by inviting eminent people in those fields.

DGIST President Sang Hyuk Son and about 50 faculty members and students attended this seminar and the chair of the Korea Creative Economy Research Network, Lee MinHwa, presented on the theme of 'Korea's Fourth Industrial Revolution.'

Lee said, "Korea is harshly regulating big data collection and utilization more than other countries, and this harsh regulation is a hurdle to pioneering the Fourth Industrial Revolution, the success of which will be decided by how much big data is secured and how it is used." He emphasized,

"It is not a new support system that causes a waste of national resources, but the regulation

of data collection, storage, and utilization should be improved."

Chairman Lee MinHwa proposed the preconditions for the Fourth Industrial Revolution as follows:

● Establishment of big data in the cloud

In the educational aspect, he added, we must cultivate "cooperative characters" that can be immersed in innovative work while distributing repetitive tasks on artificial intelligence and robots.

Lee MinHwa has had a brilliant career as a leading figure in the venture business field. He’s been called a  'Korean Venture Pioneer'. In addition, he established "MEDISON," Korea’s first venture company.

He’s also been selected as one of the "60 Engineers who Raised Korea" and one of the "70 Businessman of the 70th Liberation Anniversary."

Meanwhile, on Thursday March 30, 2017, DGIST will host an MOI seminar on the topic