Coconut husk (CH), a solid biowaste derived from coconut, is typically used in household items, such as doormats. Recent studies have shown that CH is rich in lignocellulose, which can make for energy-related applications of CH. To this end, a global team of researchers, in a new study, make use of CH to develop self-powered energy storage and harvesting devices, achieving high energy density and output performance, and opening doors to a circular economy. 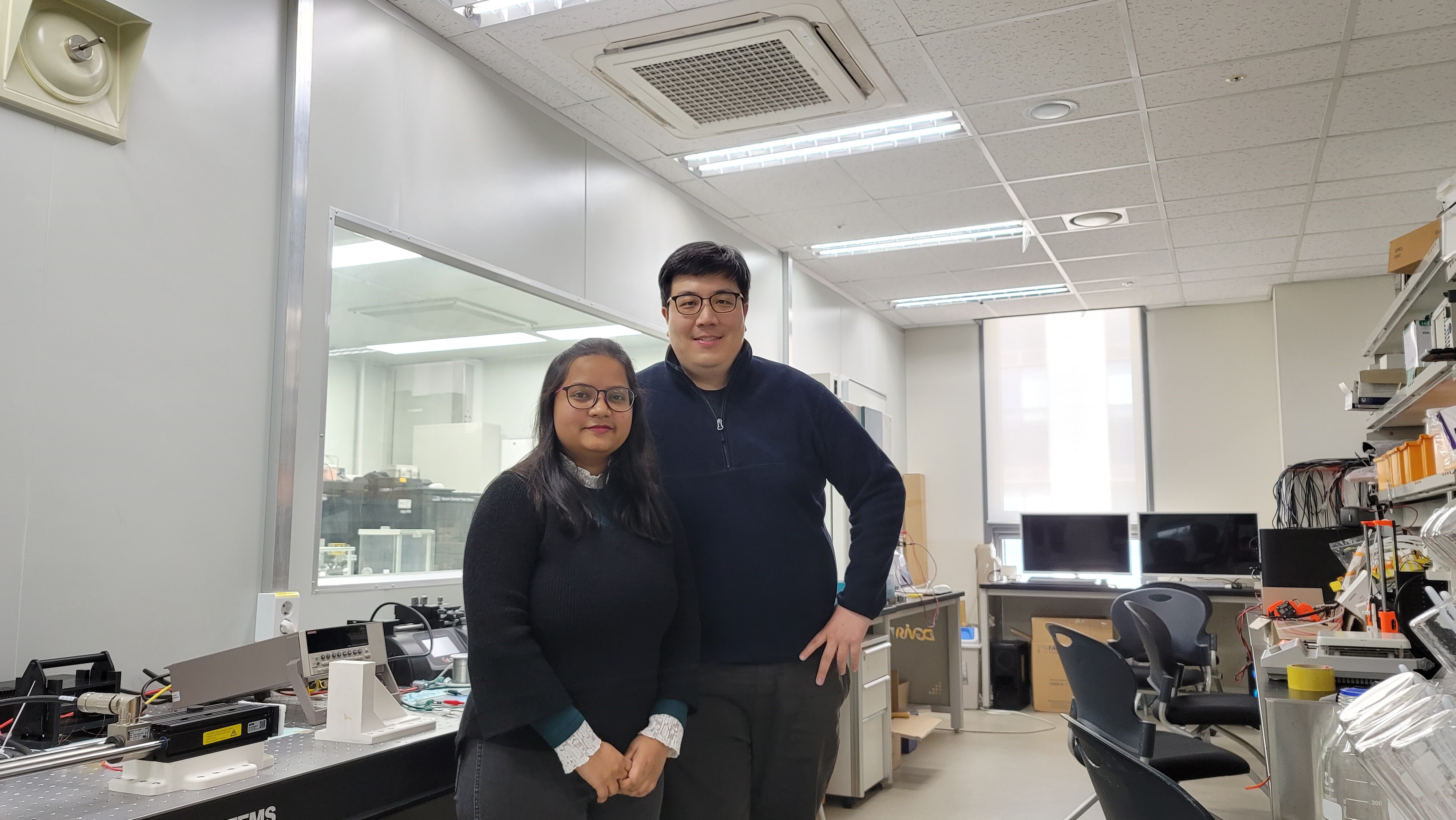 Professor Hoe Joon Kim (back, right) from the Department of Robotics and Mechatronics Engineering at DGIST, and Manisha Sahu, (front, left) a post-doctoral student at DGIST, who led the study on preparing sustainable devices from coconut husk.

Coconut is a valuable source of nutrition due to its high fat content. Additionally, the edible part can be processed into coconut milk or coconut oil, and the liquid inside the fruit, called coconut water, is used in beverages. However, a major portion of the coconut, namely the outer shell called “coconut husk” (CH), is not edible and constitutes a solid waste. Until now, CH has mainly found use in cheap household items, such as carpets and doormats. However, recent studies have suggested that CH is rich in lignocellulose, a natural bioresource that can decrease energy utilization. This could open doors to potential applications of CH in the design of eco-friendly, low-power energy devices.

In a recent study published in Sustainable Materials and Technologies, an international research team led by Prof. Hoe Joon Kim from Daegu Gyeongbuk Institute of Science and Technology, Korea decided to test this idea. By combining CH powder with a polymer called polyvinylidene fluoride (PVDF), a piezoelectric material, i.e., a material that can generate electricity from mechanical stress, they managed to fabricate energy storage and harvesting devices using cheap and easily accessible fabrication methods. “Around 2 million tons of coconut waste is generated worldwide every year. In our work, we sought to utilize coconut wastes in developing eco-friendly energy systems,” says Prof. Kim, explaining the motivation behind the study. “Piezoelectric materials are a popular choice in designing energy harvesting devices since they can convert low-frequency mechanical vibrations into electricity. But inorganic piezoelectric materials are often toxic and hazardous. As a result, biocompatible and naturally available piezoelectric materials are highly desirable.”

The team developed a piezoelectric nanogenerator (PENG) that could harvest energy from daily human activities, such as walking, running, and breathing. It could even convert mechanical vibrations from noises and car vibrations into electricity, generating enough output to continuously power small electronic devices, such as a calculator. Compared to conventional PVDF-based PENGS, the PVDF/CH-based PENG achieved 16-fold higher voltage generation and 12-fold higher current generation.

Moreover, by attaching the PENG to a face mask, they could monitor human breathing patterns in real time without any external power source, and distinguish between normal and abnormal (needing medical attention) breathing patterns. This suggests its potential application in consistent patient monitoring, especially those with COVID-19.

With these findings, Prof. Kim is excited about the future prospects of their work. “With everyone looking for the next-generation eco-friendly energy sources, our work could lay the foundation for biowaste utilization in the development of green energy sources,” he comments.

Indeed, it could be our first step on the road to a sustainable, circular economy. 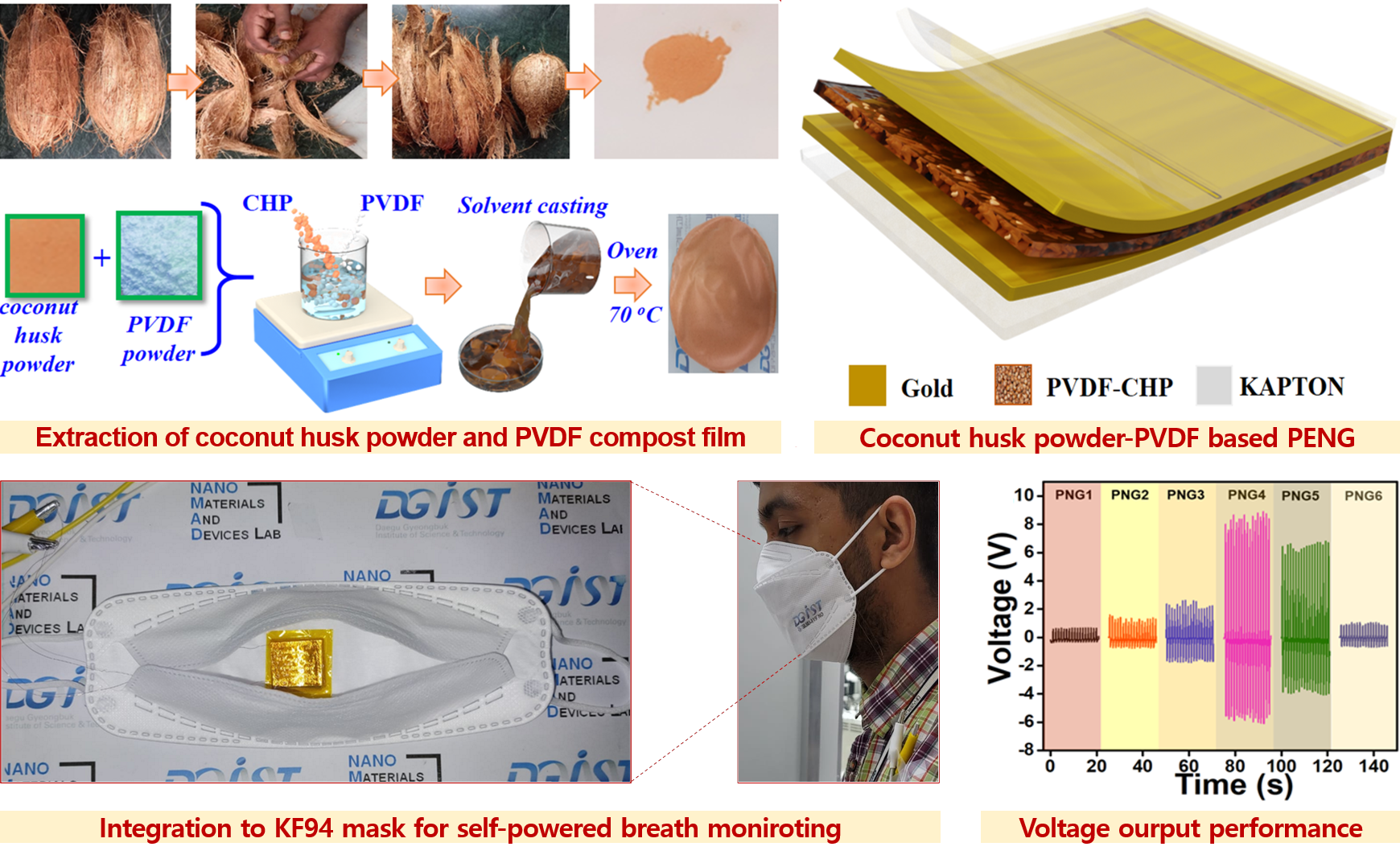 The preparation of the composite film (top left) and the PENG from coconut husk and PVDF (top right). (Bottom left) the PENG device integrated into a face mask for breathing pattern monitoring. (Bottom right) the electrical voltage output of the device. 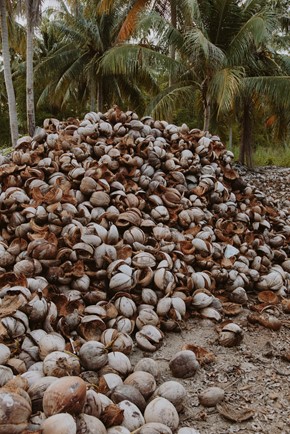