A helping hand for working robots

Researchers at the Department of Robotics Engineering at South Korea’s Daegu Gyeongbuk Institute of Science and Technology (DGIST) have developed and tested a new type of human-like mechanical hand that combines the benefits of existing robot hands while eliminating their weaknesses. They describe their new design in the journal Soft Robotics.

Until now, competing types of robotic hand designs offered a trade-off between strength and durability. One commonly used design, employing a rigid pin joint that mimics the mechanism in human finger joints, can lift heavy payloads, but is easily damaged in collisions, particularly if hit from the side. Meanwhile, fully compliant hands, typically made of molded silicone, are more flexible, harder to break, and better at grasping objects of various shapes, but they fall short on lifting power. 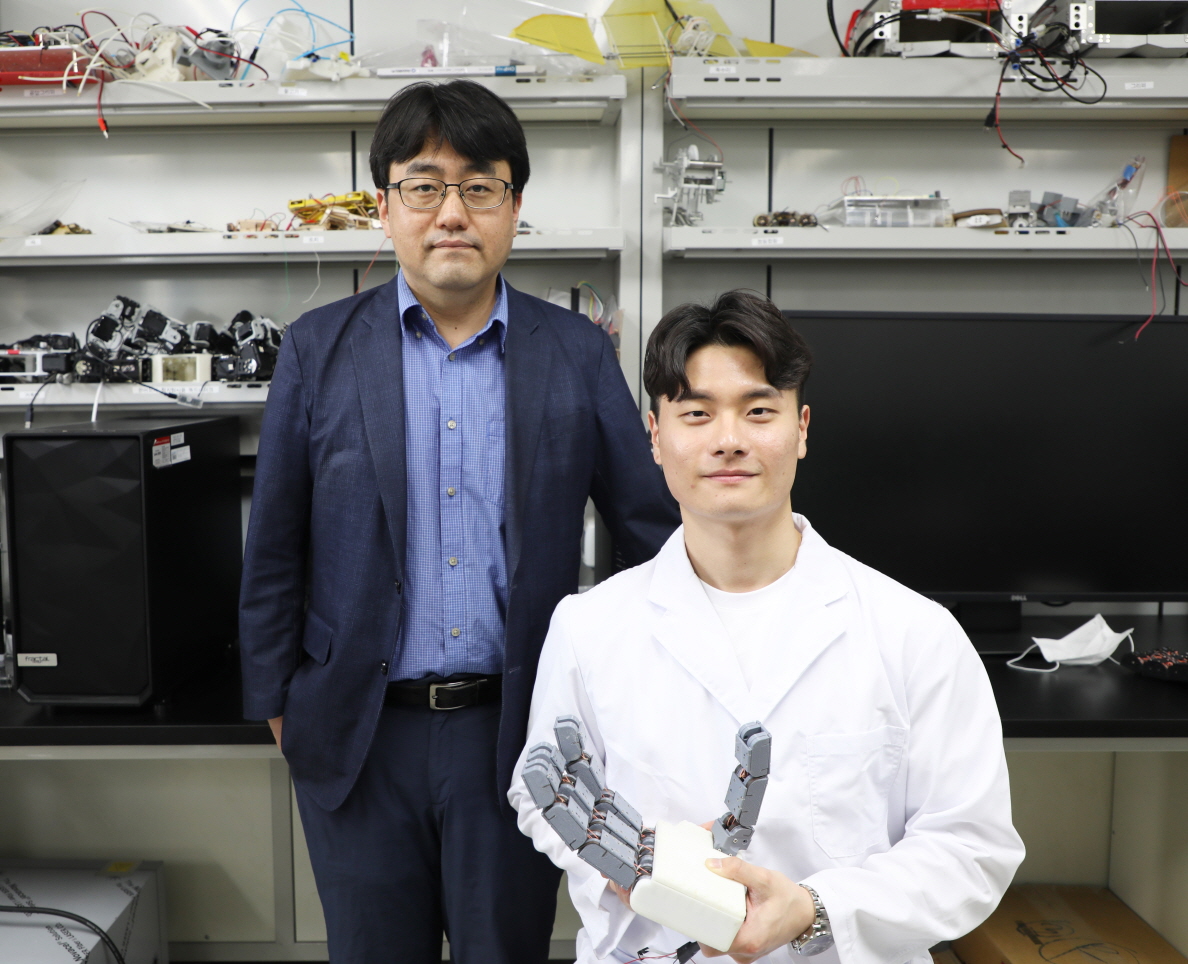 The DGIST research team investigated the idea that a partially-compliant robot hand, using a rigid link connected to a structure known as a Crossed Flexural Hinge (CFH), could increase the robot’s lifting power while minimizing damage in the event of a collision. Generally, a CFH is made of two strips of metal arranged in an X-shape that can flex or bend in one position while remaining rigid in others, without creating friction.

“Smart   industrial robots and cooperative robots that interact with humans need both resilience and strength,” says Dongwon Yun, who heads the DGIST BioRobotics and Mechatronics Lab and led the research team. “Our findings show the advantages of both a rigid structure and a compliant structure can be combined, and this will overcome the shortcomings of both.”

The team 3D-printed the metal strips that serve as the CFH joints connecting segments in each robotic finger, which allow the robotic fingers to curve and straighten similar to a human hand. The researchers demonstrated the robotic hand’s ability to grasp different objects, including a box of tissues, a small fan and a wallet. The CFH-jointed robot hand was shown to have 46.7 percent more shock absorption than a pin joint-oriented robotic hand. It was also stronger than fully compliant robot hands, with the ability to hold objects weighing up to four kilograms.

Further improvements are needed before robots with these partially-compliant hands are able to go to work alongside or directly with humans. The researchers note that additional analysis of materials is required, as well as field experiments to pinpoint the best practical applications.