Electroceuticals could jump-start a paradigm shift in the treatment of diseases caused by loss of the protective layer surrounding nerve fibers. 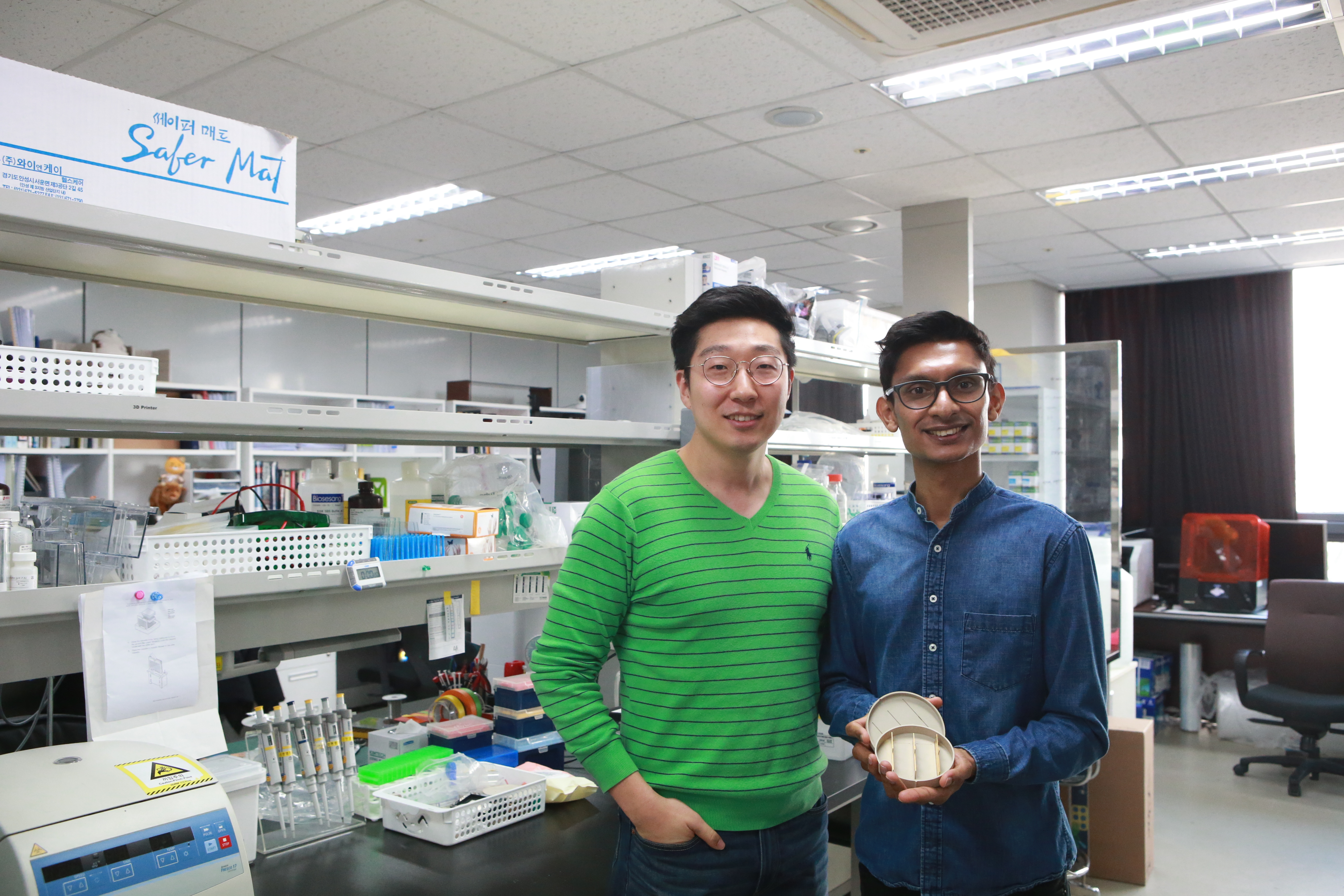 Electrical stimulation of nerve fibers could promote the growth of the myelin sheath, a protective layer around neurons that is crucial for transmitting nerve impulses. The finding, published in the journal Biofabrication, introduces a new paradigm in the treatment of diseases where the myelin sheath is progressively lost, leading to muscular atrophy, hand and foot deformities, gait abnormalities, and paralysis.

Therapies that stimulate tissues using electrical impulses are called electroceuticals. DGIST researchers and colleagues in Korea tested the effectiveness of electroceuticals to promote the growth of the myelin sheath in a biomimetic model of the peripheral nervous system.

“Our goal is to establish electroceuticals as the first approved treatment for currently incurable peripheral demyelinating neuropathies,” says Minseok S. Kim, Associate Professor in the Department of New Biology at Daegu Gyeongbuk Institute of Science and Technology (DGIST) in Daegu, South Korea.

Kim and his colleagues first developed a novel platform to deliver electrical stimulation to nerve fibers. This platform generates highly uniform electric fields while also enabling simultaneous stimulation of multiple samples and preventing contamination. The team extracted clusters of peripheral neurons called dorsal root ganglia from the vertebral column of mouse embryos, and allowed them to differentiate into more mature nerve cells. They moved these cells into a medium that supports myelin growth, and then exposed one group to electrical impulses while keeping the other as a control.

The researchers found that the treated group had more myelinated nerve fibers and longer sheaths compared to the control. An electric pulse frequency of 20 Hertz demonstrated the greatest benefit. Further tests showed the electrical stimulation turned on genes related to myelin lipid synthesis. As a result, the myelin membranes showed a higher abundance of cholesterol and sphingomyelin, lipids that play very important roles in maintaining the integrity of the myelin membrane.

“Treatments of the future will be conceptually far more advanced than mere biochemical drugs,” says Kim. “The neuro-tech revolution is rapidly emerging, thanks to innovations in brain/neural interface technologies. The highest value of these technologies will be realized when they can be implemented as interventions for intractable neuropathies by integrating electroceuticals. Our research has shown the possibility of integrating electroceuticals within the neurotech revolution.”

Kim and his colleagues plan to further test and refine the therapy using animal models.