- Dr. Eugin Hyun, DGIST introduces a technology that recognizes the presence of passengers in a vehicle with the application of Doppler radar sensor
- Expecting to be utilized in the markets of smart car, electric car, and self-driving car in the future 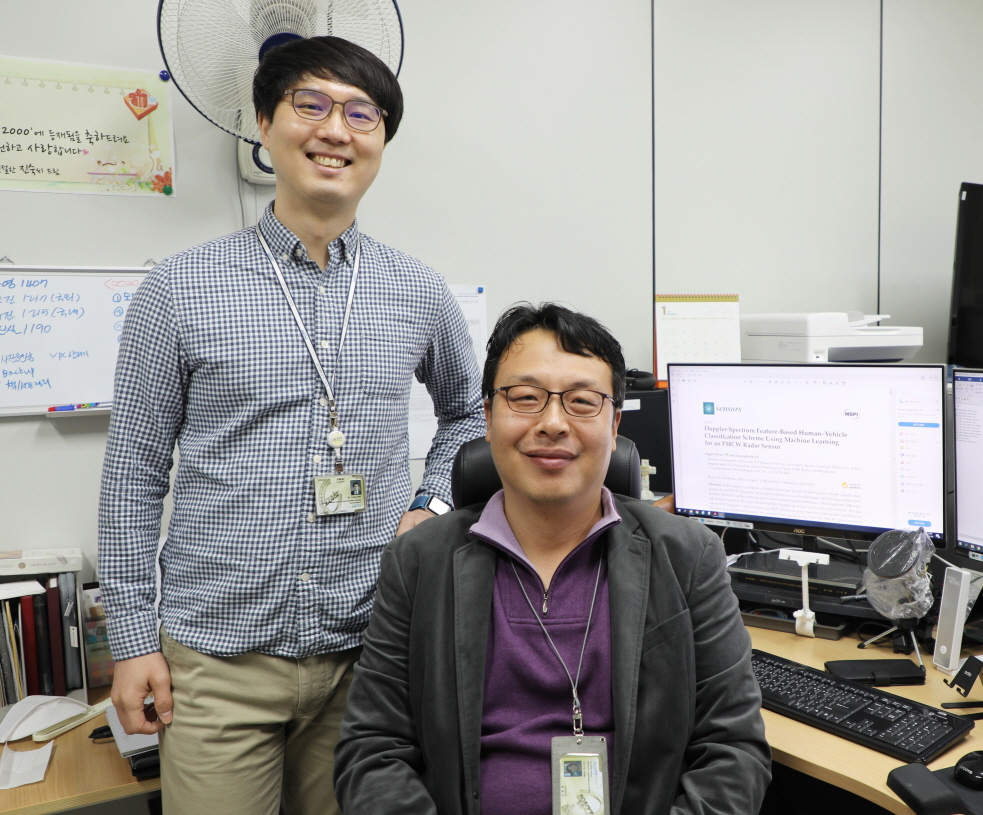 The Daegu Gyeongbuk Institute of Science and Technology (DGIST) announced that a research team of Dr. Eugin Hyun in the Division of Automotive Technology successfully developed a machine learning-based technology for precisely recognizing in-vehicle passengers using a Doppler radar sensor, which is expected to be utilized in smart car or self-driving car markets in the future.

Recently, problems about children being left behind in an unattended vehicle have gained attention. Therefore, ultrasonic sensors are widely being used in order to recognize passengers in a vehicle, however, any objects can be falsely recognized as passengers, since the sensors identify passengers via the distance value. Also even cameras have privacy issues and problem regarding its over-sensitiveness to lights, making it hard to use them although they are efficient for in-vehicle recognition. An infrared sensor is also used for recognizing the presence of passengers by measuring the heat signal, but the passenger’s clothes or heat rays of a car seat have been an obstacle for the proper measure.

To overcome the drawbacks of existing sensors, a radar sensor-based technology is recently being applied to vehicles for recognizing passengers. A radar sensor is comparatively less affected by surroundings and can also measure the breathing signal when a passenger is not moving. However, biosignals cannot be recognized if a passenger is asleep or around. Moreover, a technology for distinguishing a person from other objects needs to be developed because objects as well as persons can be moving within a vehicle.

The research team led by Dr. Hyun developed a technology for determining whether the detected object is a person irrespective of the object’s motion by analyzing the spectrum of the received radar Doppler frequency. Doppler frequency refers to a phase shift generated by the moving speed of an object when the transmitted radio signal of the radar sensor is reflected off of a moving object.

The research team used the fact that the reflected radar signal is generated from various components including head, chest, arms, back, and a thigh of a moving person and that the size and shape of the Doppler spectrum of those received signals vary significantly according to time. Two specific vectors were extracted after generating the radar signal reflected from the movement of a person into radio signal images, and one other vector was extracted from the Doppler frequency value generated from the breathing of a person. Then, a radar signal processing algorithm was derived using a machine learning technique, which is a research field of artificial intelligence.

The research team built a testbed resembling the actual vehicle and set up a module for obtaining radar signals. By conducting tests based on various scenarios, classifying only actual person was possible with an accuracy of 98.6%.

Dr. Hyun stated, “The findings will improve the system for recognizing passengers who can left behind in an unattended vehicle,” and added, “Particularly, the technology can be applied for the implementation of microsensors owing to low computation and it is also expecting to contribute to the advancement of radar technology as a non-contact sensor optimized for smart environments."

The research was published on the online journal of MDPI Sensors, a renowned international journal in the field of sensor and signal processing.