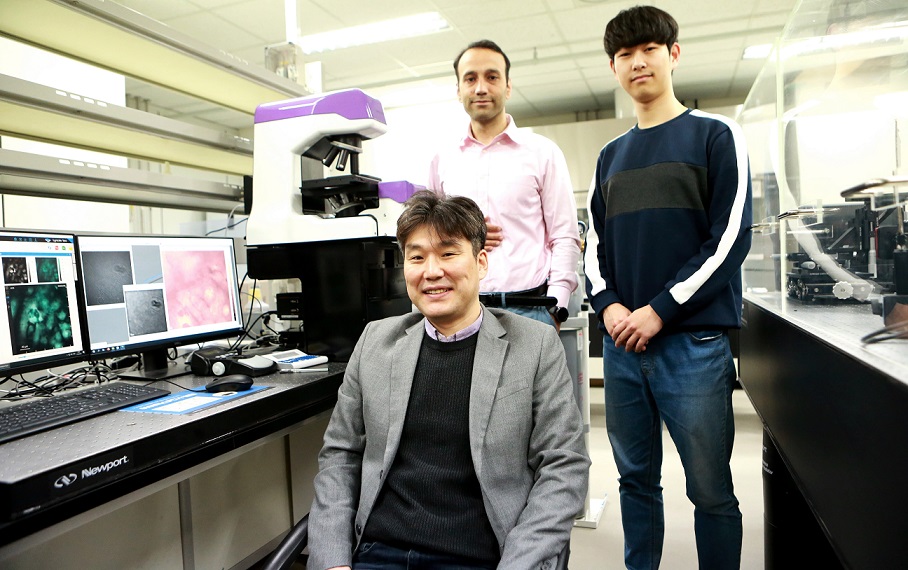 Professor Inkyu Moon's Team in the Department of Robotics Engineering at DGIST has developed a technique to quantitatively analyze myocardial information such as pulsatile patterns and heart rate using holographic images of cardiomyocytes cells administered with drugs. This technique is expected to be used for biomedical analysis, such as how individual patients respond to various drugs, the motility characteristics of drug-treated cardiomyocytes cells, and the toxicity testing of newly developed drugs, and modeling of heat diseases.

Conventional image-based cell analysis technology used fluorescent markers to make cells visible, but it was difficult for analyze because this could destroy the cell structure. Since it was difficult to obtain an accurate cell image, there were technical limitations in analyzing the changes of various state such as a cell's 3D structure, mobility characteristics, and mass in real time.

To overcome these limitations, Professor Moon's research succeeded in developing a technology to build a 3D structure of cardiomyocytes using digital holography instead of fluorescent markers. As a basic research finding to prove this, the team also confirmed that the effects of drugs such as E-4031 and isoprenaline on cardiomyocyte motility could be quantitatively monitored and analyzed. The team also developed a method for efficient analysis of drug toxicity and stability, by analyzing important the dynamic parameters related to cardiomyocyte characteristics obtained from pulsatile patterns to analyze mechanical and pulse properties of drug-treated cardiomyocytes cells. This new technology would enable real-time quantitative analysis of how drug-administered cardiomyocytes cells would react to the drug by applying the 3D structure analysis and algorithm of cardiomyocytes cells.

Professor Inkyu Moon in the Department of Robotics Engineering said "The technology developed through this study is a source technology to quantitatively measure the reaction and change of drug-administered cardiomyocytes cells. It is expected to be very helpful for providing patient-specific treatment in the future, as their myocardial states can be monitored in real-time and drug risks can be tested in advance.”