DGIST to Work with Other Institutions for Dementia Research 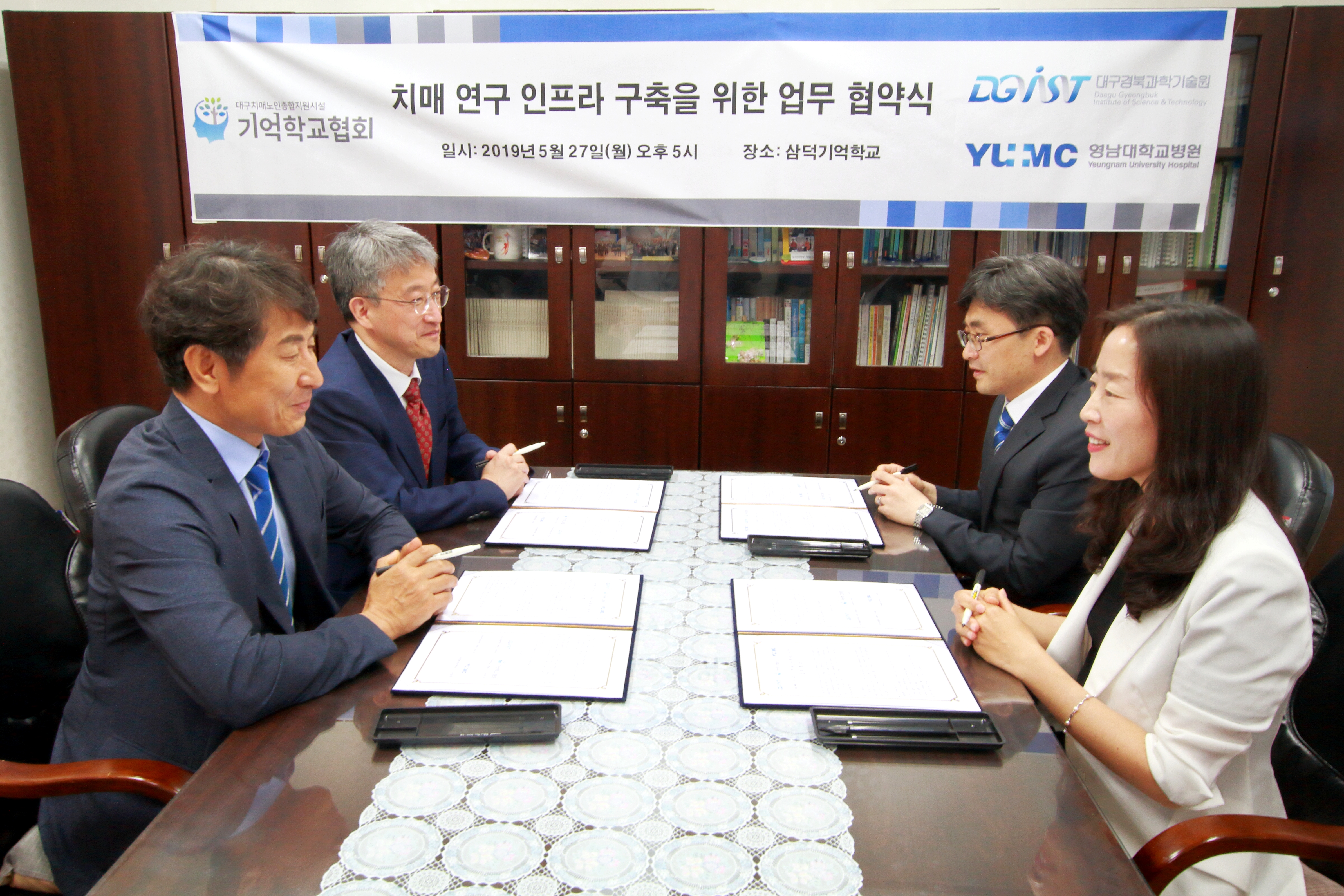 DGIST announced on Wednesday, May 29 that it entered an MOU with Memory School Association (President Eun-joo Lee), a supporting facility for elders with dementia in Daegu, and the Department of Occupational Environment Medicine, Yeongnam University Hospital (Director Seong-ho Kim) at 5pm on Monday in the conference room of Memory School.

The existing dementia institutions have focused on the prevention, promotion, and diagnosis of dementia and have lacked the development of infrastructure to conduct its research. However, this MOU is expected to secure advanced research environment and contribute to the development of early dementia diagnosis and treatment technology.

Having recognized the necessity of dementia research, DGIST has actively conducted related research for a long time. Professor Je-il Moon’s team in the Department of Brain and Cognitive Sciences and Professor Ji-woong Choi’s team in the Department of Information and Communication Engineering have accelerated the R&D of early dementia diagnosis technique based on EEG and fNIRS. The joint team is also researching the progress and correlation of dementia by collecting and analyzing lifestyle and sleep patterns using wrist wearable devices.

Professor Je-il Moon in the Department of Brain and Cognitive Sciences at DGIST said “We have already been making remarkable performances in dementia research. Our joint research based on this will allow us to integrate DGIST further into the regional community,” expressing his expectation towards the research.

Professor Gong-jun Sa of Yeongnam University Hospital also said “Through joint research with DGIST that conducts leading research on brain and dementia, we will be able to generate more significant results.”

‘Memory School,’ another institution signing the MOU, provides weekly protection service to elders with light dementia. The school aims to make Daegu free of dementia with Daegu City and plans to expand into 15 schools (with 40 elders) within the year. President Eun-joo Lee of the Memory School Association said “Memory School, which is emerging as a new alternative of dementia prevention, will also strive to act as infrastructure for dementia research.”