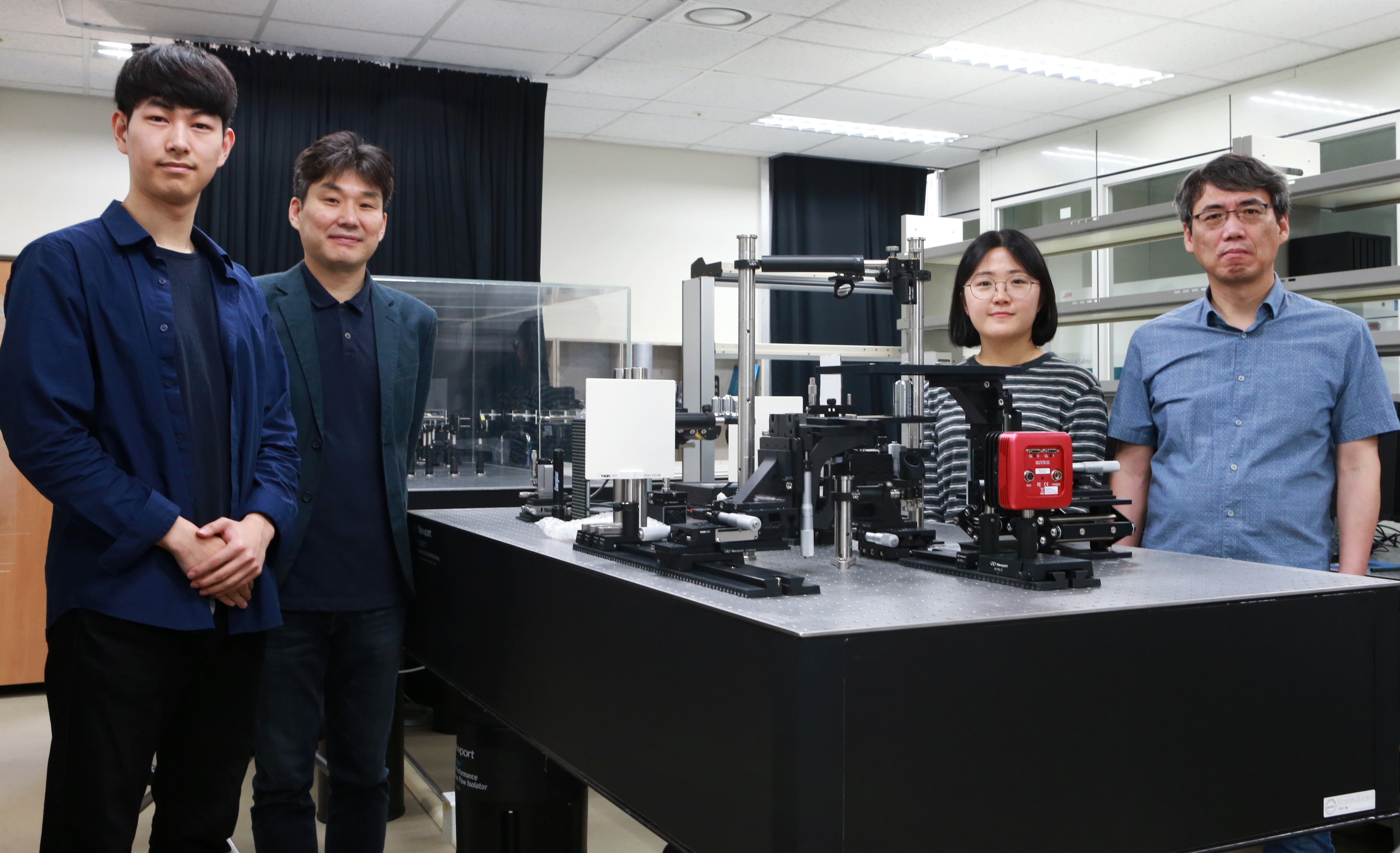 [Professor Moon In-Gyu (left back), a robotics engineering major, of the DGIST and his research team]

Professor Moon In-Gyu’s team of the DGIST developed a random-phase key exchange technique that can quickly and safely share a large-capacity secret key required for encryption of various nonstandard data. The technology is a core source technology applicable to efficient big data encryption and is expected to be applicable to technology development-related fields in the future.

To secure data sharing and transmission on the network, secret keys are used for both encryption and decryption of data. The Diffie–Hellman Key Exchange algorithm has been used frequently for encryption, but it has limited capacity for generating secret keys. Furthermore, since the Diffie–Hellman Key Exchange algorithm is optimized for encrypting holograms, images, simple documents, and formatted data, it has the disadvantages of complicated computations and increased processing time for encryption of unformatted data.

Professor Moon In-Gyu’s team devised a new method of operating the existing encryption method using an optical principle that can create secret keys of a larger size than those of existing techniques. Furthermore, existing encryption methods could not guarantee safety when the size of secret keys becomes large. However, the new method developed by Professor Moon’s team guarantees safety regardless of the size of secret keys through Double Random Phase Encoding (DRPE)1). Furthermore, it has the advantages of efficient and rapid encryption and effective sharing of large-sized or unformatted data such as holograms or images.

In particular, the newly developed technology allows users to exchange the information of secret keys in the form of complex sinusoidal waveforms between users and to produce or share secret keys by solving waveforms with a privately owned secret index. Even if the waveforms are intercepted by a hacker in the process of transmitting the waveforms, hacking is extremely difficult because they must find the phase in which the information required for decryption is hidden from the waveforms repeated like ripples.

The new encryption technique developed by Professor Moon’s team showed the possibility of safely encrypting and sharing big data of a large size, as well as ensuring safe communication between users. It is expected to be applicable for quickly encrypting and safely sharing high-resolution images of patients in the medical community and highly sensitive and large-sized information such as personal information in the financial sector.

---
1) Double Random-Phase Encoding (DRPE): A method of encrypting a two-dimensional image by phase-encoding the image using two different general random-phase masks—one mask when encrypting the image and one mask in the spatial frequency domain.