Recycling Energy in Everyday Life (Piezoelectric Fiber); Finding Solutions in the Shape of Flowers and Stems of Plants! 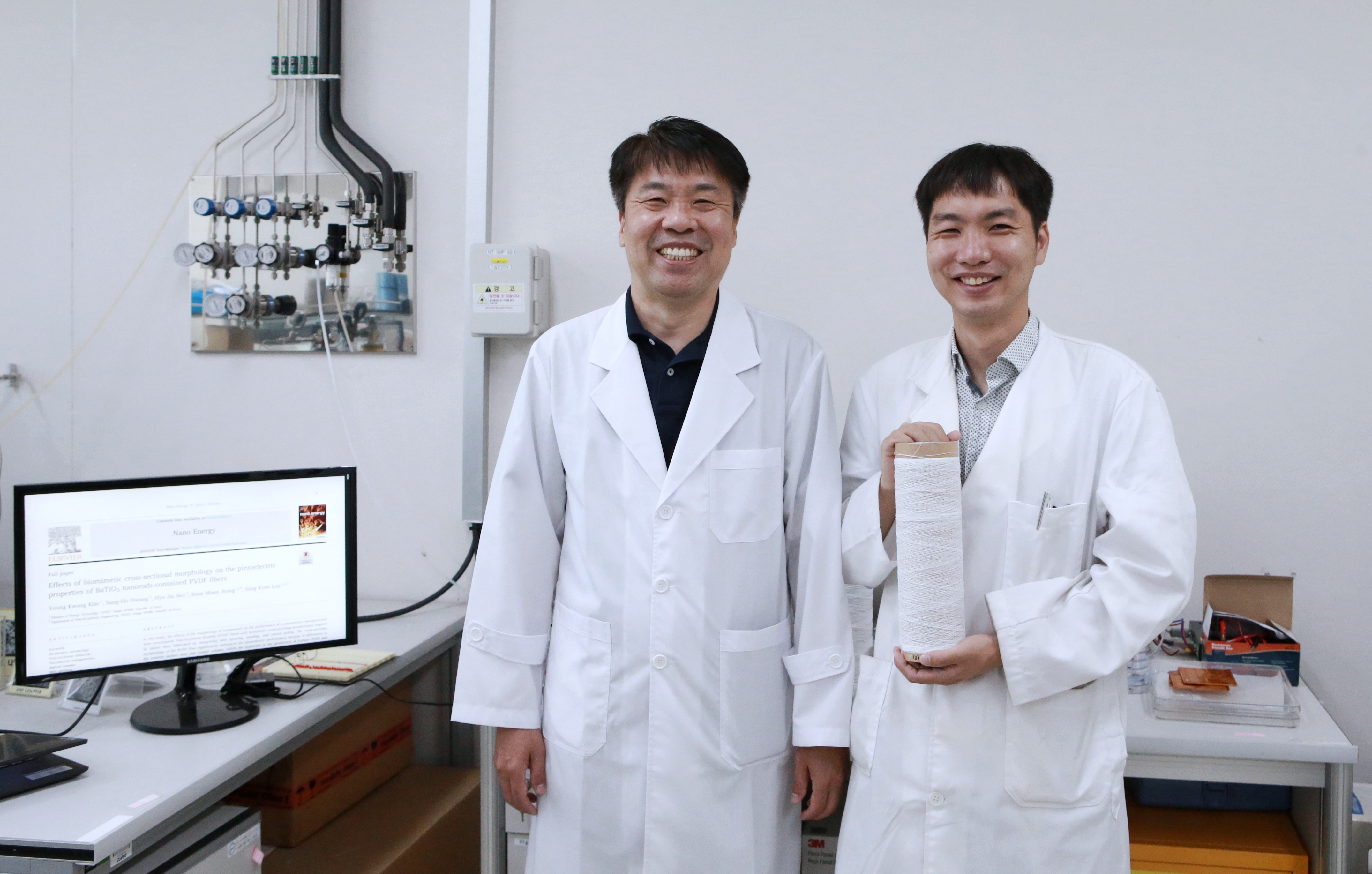 A research team led by Lim Sang-kyoo, senior researcher of the Division of Energy Technology at DGIST (President Kuk Yang) developed a piezoelectric polymer/ceramic composite fiber with a cross-sectional form that is uniformly controlled to allow the use of energy harvesting technologies that can recycle energy wasted or consumed in everyday life.

A research team led by Lim Sang-kyoo, senior researcher of Division of Energy Technology, produced PVDF (Polyvinylidene fluoride) fiber that contains barium titanate in a nano stick form by taking the shape of flowers and stems (daffodils, radish blossoms, papyrus stems, and sedge stems) using melt spinning technology and controlling their cross-sectional shapes uniformly. The team confirmed that it improved the piezoelectric performance by increasing the surface area of ​​the fiber while simultaneously increasing the crystallinity of the fiber, which is advantageous for generating electricity.

Also, the team confirmed the correlation between the specific surface area and the piezoelectric effect according to the shape of the fiber using a high-speed camera. The piezoceramic PVDF composite fiber generates an electrical signal according to the deformation by an external force. PVDF fibers containing barium titanate nanostructures in different shapes (spherical and stick shapes) were produced to investigate the difference in piezoelectric performance depending on the shape of piezoelectric ceramics. The team confirmed that it maximizes the dielectric polarization and contributes to the improvement of the piezoelectric performance favorable to the arrangement.

Senior Researcher Lim Sang-kyoo said, “It is expected that high-performance fiber-type energy harvesting materials with enhanced fiber strength can be commercialized through this research in the future.”

Meanwhile, the results of this study were published in the June issue of Nano Energy.