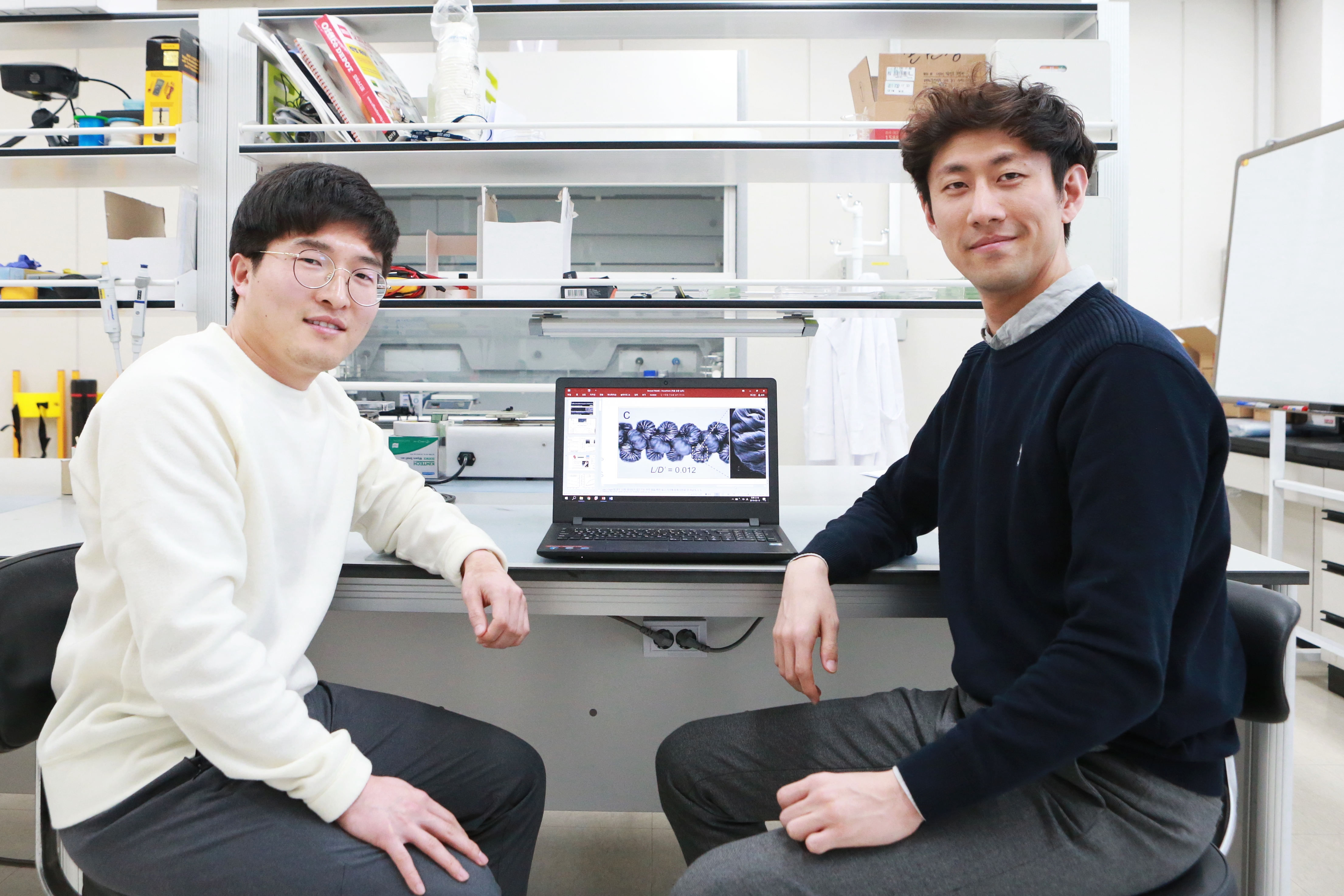 The research and development of 1D conductor using fiber has recently drawn great interest because it can
be widely used in various electronic fields such as wearable, biosensor, and transplantable microelectronic devices. Senior Researcher Changsoon Choi’s team was inspired by a DNA structure and sought to develop a fiber imitating this. Thus, they coiled spandex fiber surrounded by carbon nano tube and realized super-coil structure. While the newly developed fiber stretches by 16 times in length, it does not have any decline in electrical conductivity.

The new highly-twisted supercoils for super-elastic multi-functional fibers are made by coiling fibers, unlike the existing spandex fiber. The coiled fiber can stretch longer than its original length like telephone wire, so it is expected to be applied in various industrial fields including signal transmission cable that needs super-elasticity as well as robot arms and exoskeleton, and electronic circuits that require high flexibility. Also, the team showed a possibility of developing a new storage battery using super-coiled fibers. Senior Researcher Changsoon Choi’s team succeeded in the experiment of developing a high-elastic wearable supercapacitor1)  that can expand the energy storage volume by 11 times while having high capacitance2)  value using super-coiled fibers, taking a step further towards the commercialization of wearable high-performance battery.

Senior Researcher Changsoon Choi in the DGIST Smart Textile Research Group said “Through this research, we’ve acquired super-elastic fiber electrode and minimized the decrease of electronic characteristics which was the limitation of existing technology. By conducting a further research for adding other functions to the super-coiled fibers developed this time, we will strive to make sure that super-coiled fibers can be a more effective and universal material in the wearable device field in the near future.”

The research result was published on the online version of ‘Nature Communications,’ the sister magazine of Nature which is one of the world’s most-renowned academic journal on January 25, and was also selected as a featured article in the Energy Materials field.

1) Super-capacitor: Especially strengthened the performance of electricity in capacitor (condenser) to be used as a battery part.
2) Capacity: Accumulates charge when potentials are given between insulated conductors