AI Radar System That Can Spot Miniature Drones 3km away 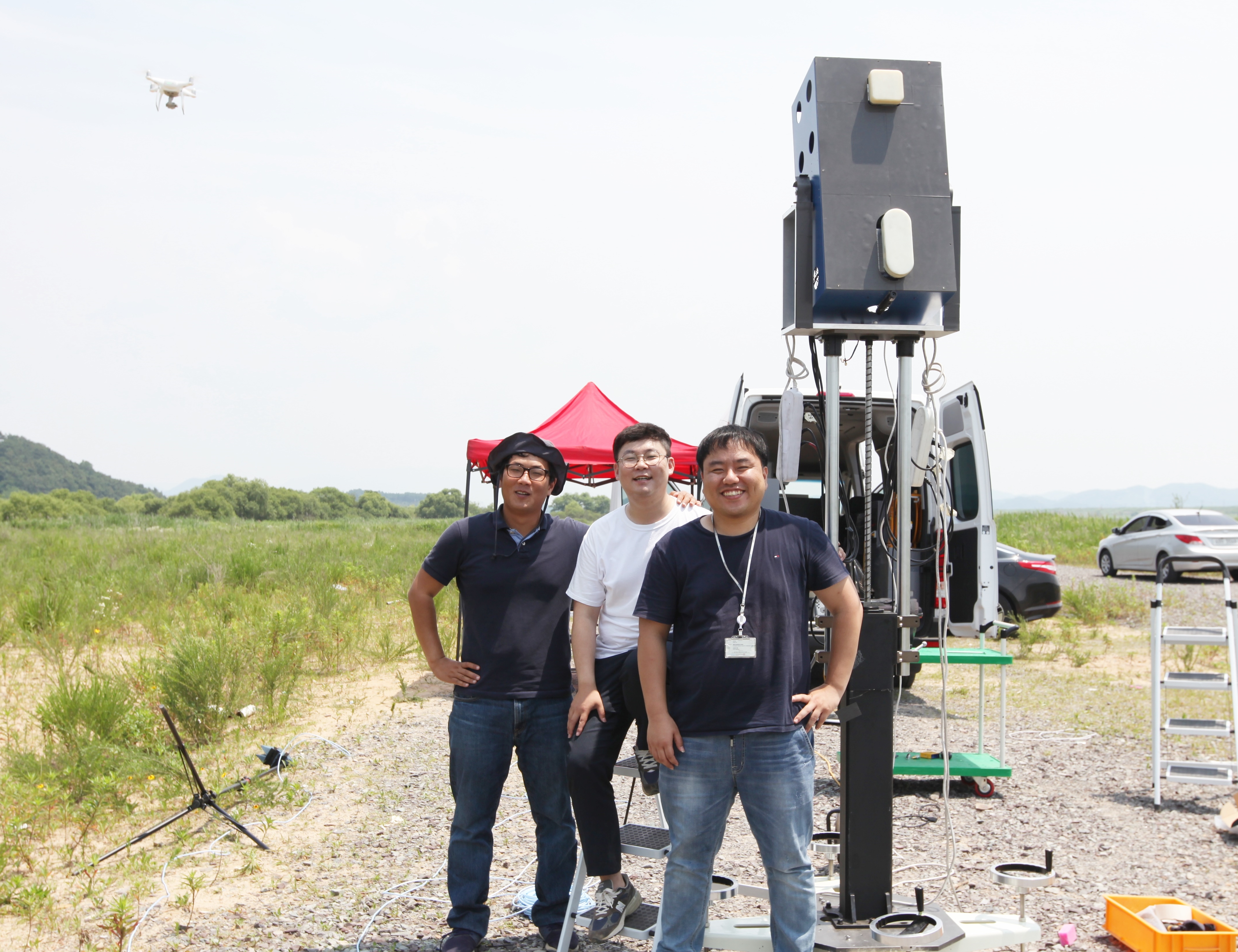 DGIST announced on Tuesday, July 16 that Senior Researcher Dae-gun Oh’s team in the Collaborative Robots Research Center developed a radar system that can detect subminiature drones that are 3km away. This research is expected to make huge contributions to strengthening domestic industries and defense capabilities by securing a world-class radar sensing technology.

As a result of discovering a North Korean drone in Paju in March 2014, South Korea’s Ministry of National Defense has adopted a drone detection radar based on an overseas technology. Since last year, the ministry has devoted itself into building a combat system using drones and training specialized personnel by forming a drone unit to strengthen its defense capability. The necessity of enemy surveillance reconnaissance and the early detection of offensive drones has increased in Korea.

Due to the lack of radar detection technology, however, South Korea is using many radar systems from abroad such as drone detection radars from RADA in Israel and Blighter in the U.K. RADA especially owns a superior radar technology performance that can detect drones that are a maximum of 3km away.

The research team designed the drone detection radar system to operate between 12GHz and 18GHz, and applied super-resolution radar signal processing technology to locate drones accurately by applying an AESA radar1  technology to increase the maximum detection distance of radar. Furthermore, the radar system can identify and detect drones more clearly in real-time by integrating ‘GANs (Generative Adversarial Networks’2 -based drone cognition technology, which has been drawing attention as next generation deep learning algorithm.

What is noteworthy is that hardware components such as the transmissio, transmission antenna, receiving unit, receiving antenna, and signal processing platform inside the radar detection system were developed 100% jointly with Korean small and medium-sized companies, which can help create high-added values of regional industries.

Senior researcher Daegun Oh’s team in the DGIST Collaborative Robots Research Center said “This research achievement is a result of cooperation with Korean companies to develop radar hardware and our focus on the development of a unique radar signal processing algorithm for detection, tracking, and identification of drones. We will strive harder to enhance the reputation of domestic radar technologies in the global market by changing the market spectrum led by overseas companies.” The research team is currently discussing the issue of drone detection radar technology transfer to Korean and overseas defense industries.

The AI radar identification technology in this research achievement was published on the world-class radar journal “IEEE Geoscience and Remote Sensing Letters” on June 18. Also, papers on the element technology of drone have also been published on “Microwave and Optical Technology Letters,” “IEEE Sensors,” “IEEE Transactions on Aerospace and Electronics Systems,” “MDPI Sensors,” etc.

This research was conducted jointly by senior researcher Daegun Oh’s research team at DGIST and Professor Youngwook Kim’s research team in the University of California, U.S. with the support of the Ministry of Science and ICT from 2017.

1  AESA (Active Electronically Scanned Array) Radar: Can transmit and receive electromagnetic signals independently because the radar modules in the radar antenna have individual semiconductor amplification and phase shifters.
2  GANs (Generative Adversarial Networks): A next generation’s deep learning AI algorithm that produce data through self-teaching with small data due to its cardio-nerve network structure.