- Expected to be used for designing and applying materials in various fields such as eco-friendly sensors, catalysts, and batteries 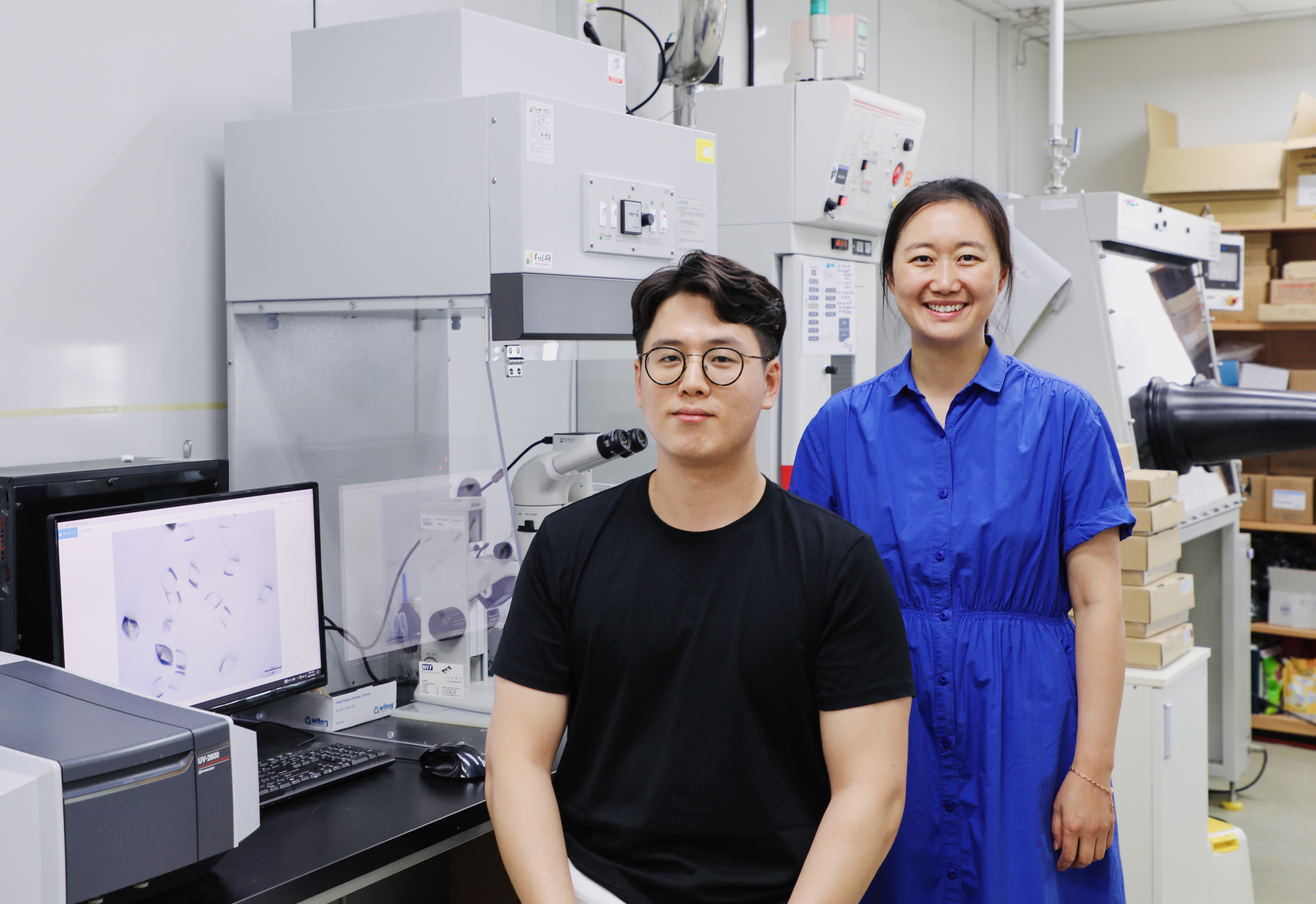 MOFs have a large surface area as they have a porous structure with numerous small holes (pores) like honeycombs. In addition, MOFs with various structures and characteristics can be designed depending on which metal and organic ligand are connected. Since they have high crystallinity due to their regular lattice structure, the molecular structure can be understood more accurately through single crystal structure analysis. Because of their unique characteristics, MOFs are drawing attention as a new material to solve environmental and energy problems. In particular, they have been studied in various fields such as eco-friendly catalysts, sensors, energy storage, adsorption and separation.

Radicals formed by electron transfer refer to atoms or molecules with unpaired odd electrons. Since electrons are not paired, they are very unstable and highly reactive. Attempts have been made to utilize these characteristics for sensors, catalysts, batteries, and multi-functional photo-electro-chromic devices.

Recently, electron transfer within the MOF structure for radical formation has been actively examined. However, it was impossible to analyze the structure after losing or gaining electrons due to the instability of the formed radicals despite structural analysis of these radicals is absolutely necessary to accurately understand and apply the properties expressed in the radical state. The research team found a way to stably introduce ligands in a sufficiently reduced radical state into the MOF structure through solvothermal synthesis. The new MOF developed through this process was named ‘DGIST-4.’ It was possible to successfully conduct structural analysis before and after the reduction process (electron transfer) using DGIST-4. 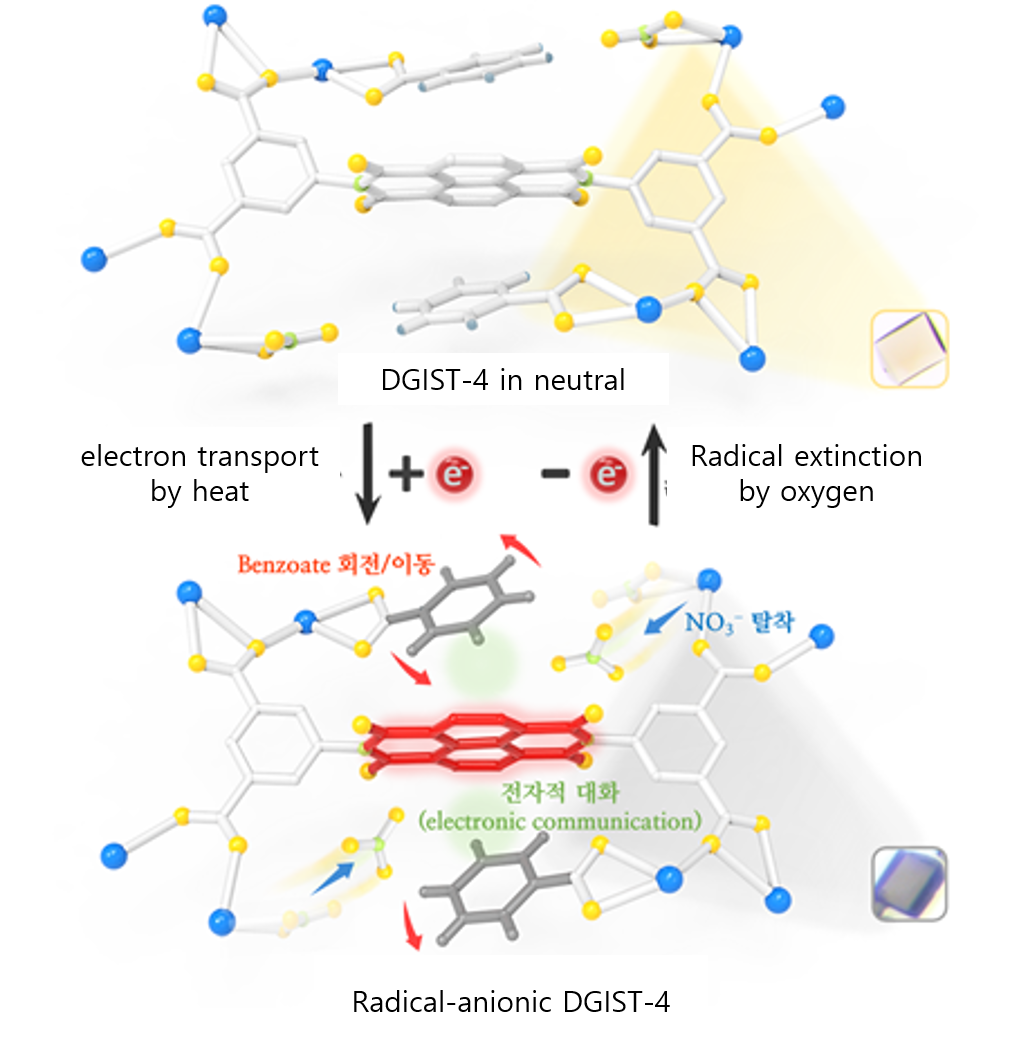 This research outcomes was possible because of the special properties of 'DGIST-4' developed by this research team. DGIST-4 responds to various external stimuli such as X-rays, ultraviolet rays, visible rays, infrared rays, and heat because it has various electron transfer paths within the lattice. Electron transfer changes the structure of DGIST-4 and accompanies the change of crystal colors from yellow to black, which elongates the absorption wavelength to efficiently absorb near-infrared rays over 800 nm. In particular, unlike other radicals that are easily annihilated by heat, DGIST-4 could be successfully used for photothermal conversion because the radicals formed after electron transfer can be maintained for a relatively long time.

As described above, the research outcomes of DGIST-4, capable of analyzing structural changes following electron transfer and allowing electron transfer by various external stimuli, are expected to set the guidelines for the design and application of smart redox-active materials that can be used in eco-friendly sensors, catalysts, batteries, and multi-functional photo-electro-chromic devices.