Development of Next-generation Solid Electrolyte Technology, ‘Stable’ Even When Exposed to the Atmosphere 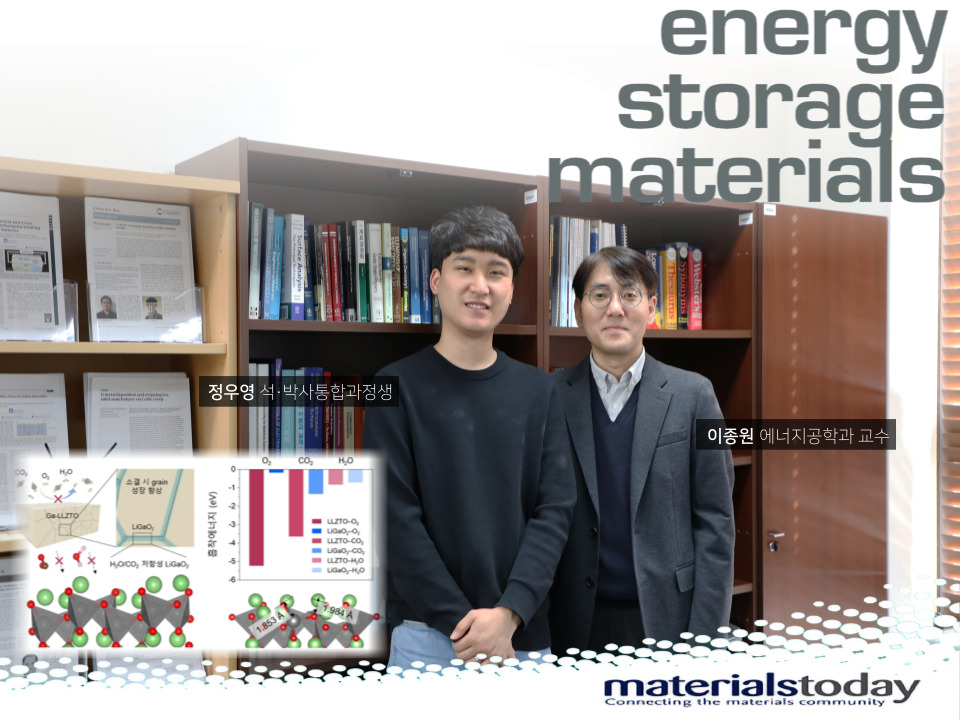 Professor Lee Jong-won’s team of the Department of Energy Science and Engineering at DGIST (President: Kuk Yang), together with Professor Moon Jang-hyeok’s team from the Chung-Ang University, announced the development of solid electrolytes with enhanced atmospheric stability on Wednesday, December 7.

Lithium ion batteries are widely used as energy storage systems for electronic products and electric vehicles. However, since it is vulnerable to ignition as it is manufactured mainly with flammable organic liquid electrolytes, safety issues have been continuously raised as of late.

On the other hand, oxide-based solid electrolytes have the advantage of having high thermal stability and physically preventing the growth of lithium dendrites. Among them, Li7La3Zr2O12 (hereinafter, “LLZO”) electrolyte is considered as a next-generation electrolyte due to its excellent lithium ion conductivity.

The research team improved the atmospheric stability of the LLZO electrolyte through the hetero-elemental doping of gallium and tantalum, i.e. by adding gallium and tantalum to pure LLZO electrolytes. In particular, it was verified that 'LiGaO2,' a third material formed through the addition of gallium, suppresses the surface adsorption of moisture and carbon dioxide, and promotes the growth of particles during thermal treatment, thus preventing growth of lithium carbonate through grain boundaries and maintaining the lithium ion conduction properties of LLZO electrolytes. 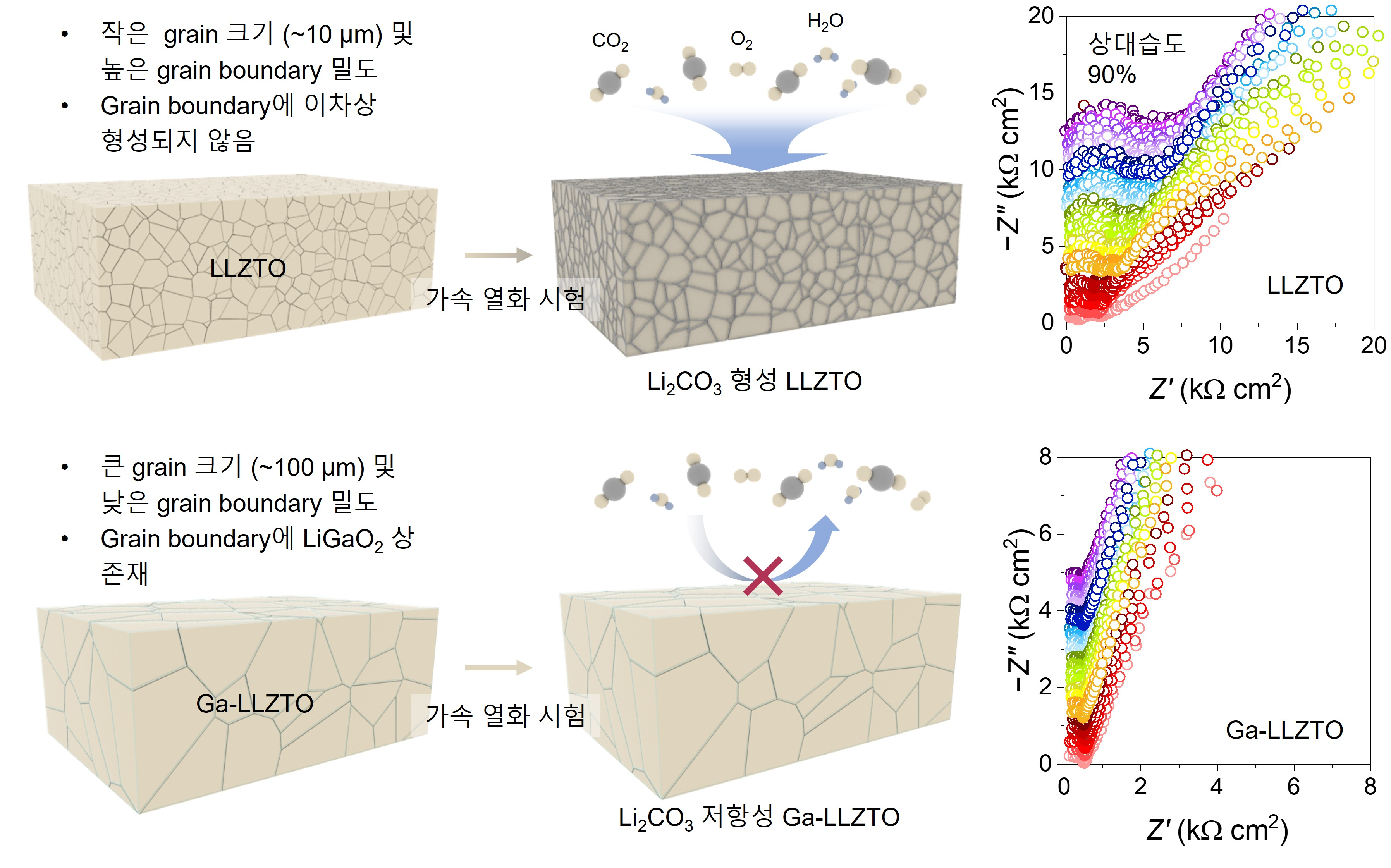 As a result, it was empirically verified that lithium ion conductivity is maintained even when stored for a long time in the air, and stable performance was maintained even after repeated lithium electrodeposition/desorption.

DGIST Department of Energy Science and Engineering Professor Jong-Won Lee said, “I expect the solid electrolyte design concept presented by this research team to be helpful in developing high-performance/high-safety all-solid-state batteries incorporating solid electrolytes, which are stable in the atmosphere and have high lithium ion conductivity.”

Meanwhile, Jung Woo-young in the DGIST Master-Doctor Combined Program participated in this research as the lead author, and the research results were published online on November 2 in ‘Energy Storage Materials,’ an international journal specializing in energy. In addition, it was carried out with support from the National Research Foundation of Korea's 'Nano and Materials Technology Development Project' and 'Engineering Research Center Project.'