For a wide variety of reasons, zebrafish are one of the most widely used animal models for drug-testing related to neurological disorders. In a breakthrough study, researchers from the Daegu Gyeongbuk Institute of Science and Technology, Korea, have developed the first system that can effectively measure brain activity in multiple adult zebrafish simultaneously, opening doors to the much faster and low-cost testing of drugs for neurological diseases such as epilepsy. 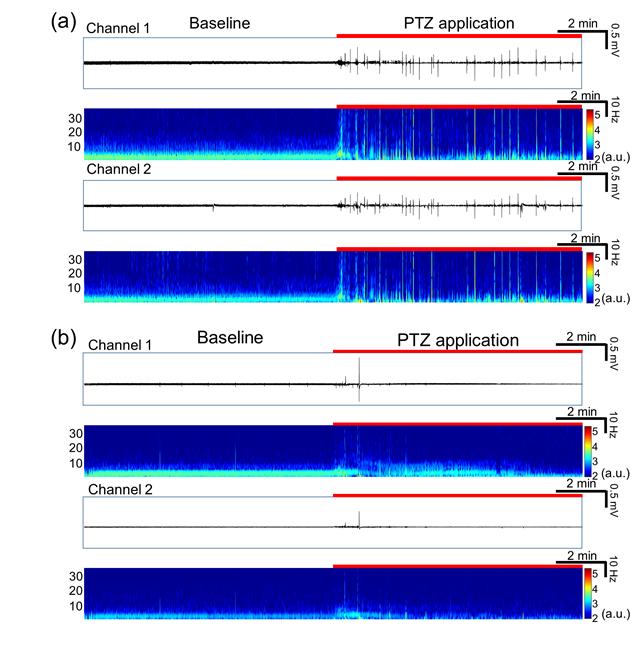 Before a drug can be used to treat patients, it goes through several rounds of testing for efficacy and toxicity, which begin in animal models. Zebrafish, a tiny species of fish native to South Asia, are cheaper to maintain and easier to breed than laboratory mice or other animal models. They also share many disease-related genes with us, particularly those involved in neurological disorders. This makes them a great model for drug development.

While different experimental methodologies have been developed to study the effects of drugs in zebrafish, they have several major shortcomings. Most notably, behavior monitoring, a popular approach that involves observing the behavior of zebrafish in a tank after administering a drug to them, cannot be used to accurately quantify their neurological responses. Techniques that can be used for more accurate quantification, such as electroencephalography (EEG)—measuring the electrical brain activity non-invasively using surface electrodes or invasively using needle electrodes—have been developed, but these have only been applicable to either larval zebrafish or single adult individuals at a time.

Professor Sohee Kim, from the Department of Robotics Engineering at Daegu Gyeongbuk Institute of Science and Technology (DGIST), Korea, has been pioneering developments in EEGs for zebrafish for the past several years. In a recent study published in Biosensors and Bioelectronics, she led a team to developing a novel system that—for the first time ever—makes it possible to take EEG measurements from multiple adult zebrafish simultaneously.

Their setup makes a key change to existing setups: it separates the drug delivery and fish holding units. Fish are held in several small plastic compartments called “fish fixers,” each of which can hold an anesthetized zebrafish. Drugs and water are transported directly into the mouth of the fish through small tubes at controlled rates. The electrical signals from the fish brains are recorded using flexible electrodes attached on the surface of the fish’s head. With the drug delivery and fish fixing units separated, no physical/environmental artefacts interfere with and hamper the EEG recording process and output, thereby simultaneously yielding clear recordings of the biological effects of the drugs on all the fish in the fixing unit. Yuhyun Lee, Prof Kim’s student and first author of this study, remarks: “Our system is expected to reduce the time and cost at the early stages of drug development and increase success rates when moving on to experiments in mice.”

The team administered an epilepsy-inducing drug to fish that had and hadn’t been given a known anti-epileptic drug called valproic acid beforehand. The EEG readings they then got successfully mapped the changes in the fish’s brain signals during the various degrees of ensuing epileptic attacks, demonstrating that their system could accurately measure the efficacy of this anti-epileptic drug.

Prof. Kim comments, “Using EEG recordings, an accurate and quantifiable measure of brain activity, we expect our system to facilitate the mass screening of drugs for neurological diseases such as sleep disorders, epilepsy, and autism.” This study will hopefully accelerate the development processes of drugs for currently intractable diseases. 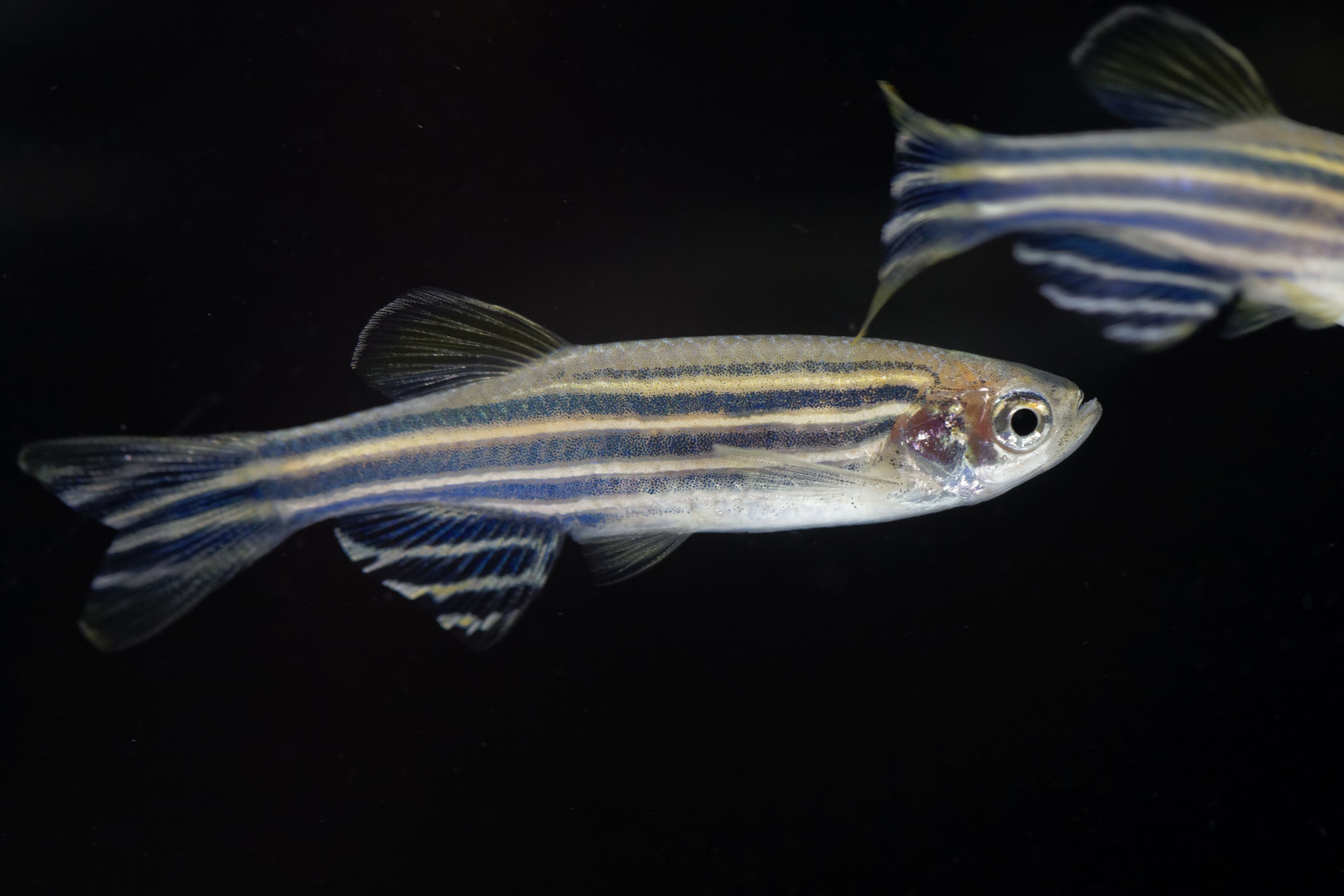 Zebrafish is a widely recognized animal model that can be raised quickly and cheaply. It is very useful for mass drug screening and for identifying genes that can underlie specific human diseases, particularly neurological disorders. Photo courtesy: Shutterstock