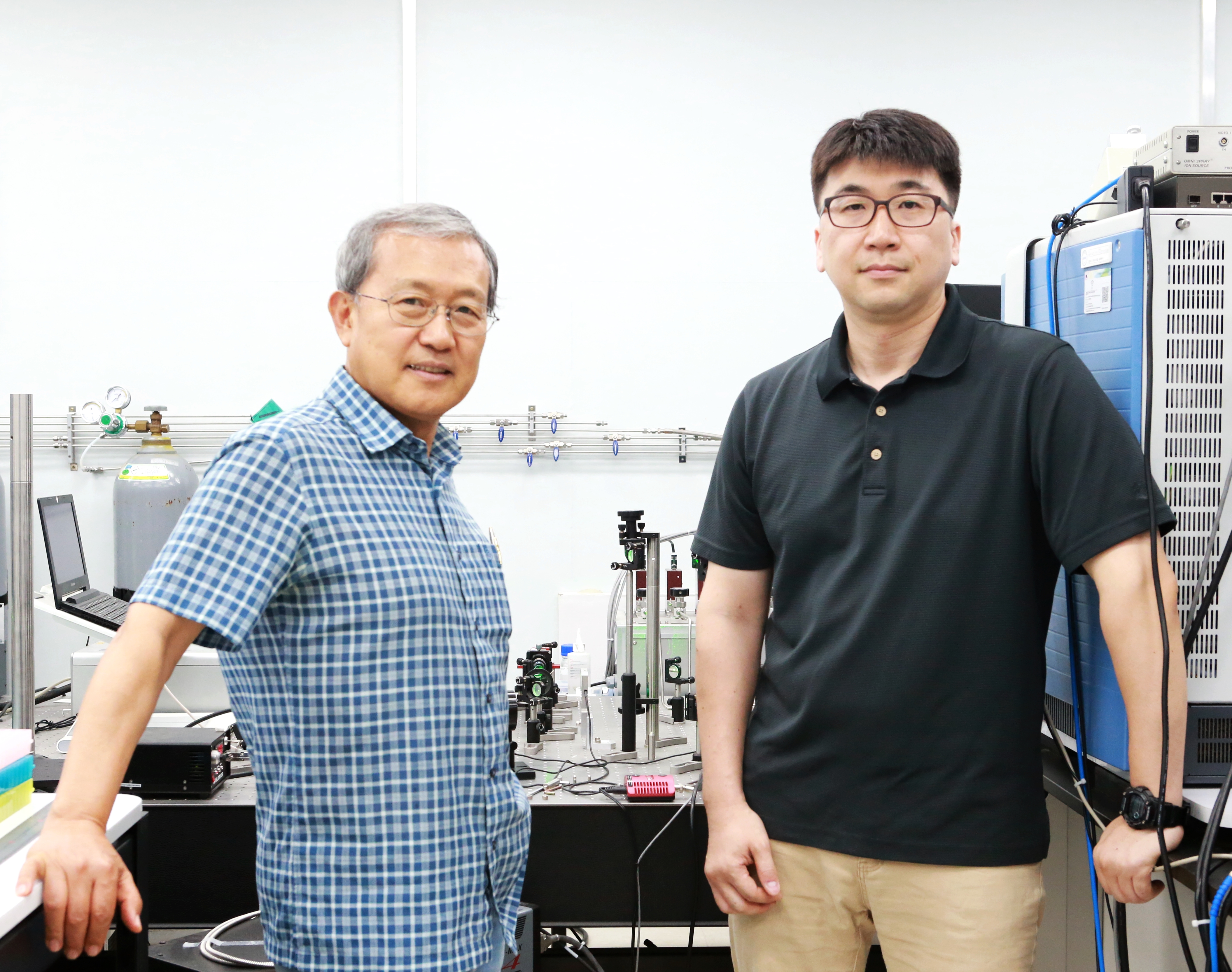 DGIST announced that Research Fellow Jae Young Kim in the Department of Robotics Engineering and Chair-professor Dae Won Moon’s team developed a technology that can analyze experiment samples without any preparation processing. Due to its ability to obtain high-resolution mass spectrometric images without an experimental environment using ‘continuous wave laser’1, the technology is expected to be applied widely in the precise medicine and medical diagnosis fields.

Many advance preparations are needed for the mass spectrometric imaging of biometric samples using ‘specimen,’ which thinly cut an object to analyze. The specimen must be changed artificially since they cannot be analyzed accurately in a room temperature or atmospheric pressure. To develop a convenient analysis technology and ease the burden, Research Fellow Kim started the research.

The research team installed a lens carrying continuous wave laser right below a microscope substrate where the specimen is put and shot the laser on it to measure mass spectra by examining molecules from desorption2.
The mass spectra can be analyzed through a continuous wave laser whose energy is weaker than other lasers because of the use of ‘graphene substrate’ below the specimen.

Since the honeycomb-patterned graphene has very high heat conductivity and can convert light into heat, it can secure enough heat needed for specimen analysis with small amount of light generated by the continuous wave laser. This technology is also advantageous for obtaining high-resolution analysis images, because it can secure space to observe specimen much more closely even when using a 20x magnifying lens.

Chair-professor Dae Won Moon in the Department of New Biology explained that “Through this technology, we could greatly shorten the preparation time for analysis by omitting the specimen preprocessing step. Our next plan is to develop the technology further so it can be applied in various areas such as medical diagnosis.”

1  Continuous wave laser: Emits laser beam continuously, is smaller and cheaper than pulse-type laser, and has a simple structure. Also referred to as ‘CW laser.’
2  Desorption: Molecules absorbed on a solid surface fall off from the surface due to heat, light, electronic shock, etc.