Using non-dominant hand activates both sides of your brain 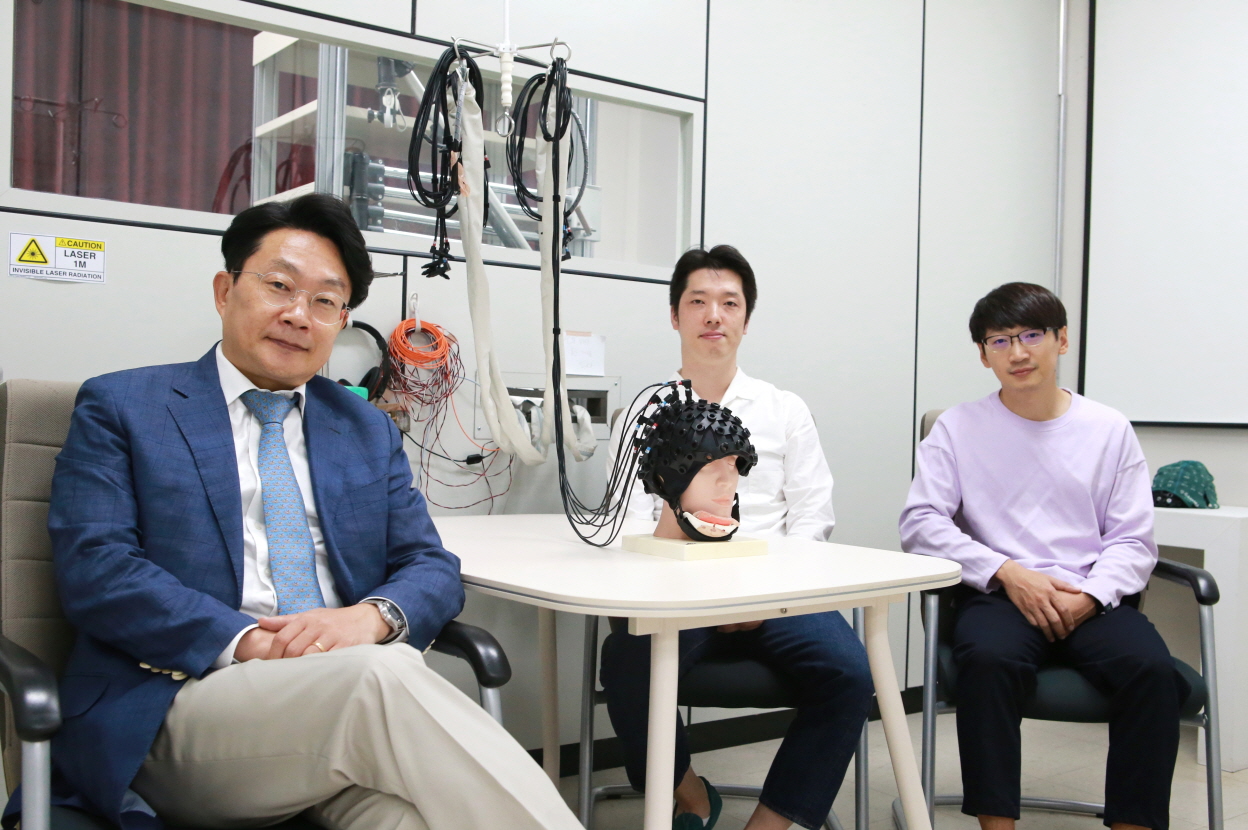 Dr. Jinung An explores the human brain to discover the origin of ‘human hand motor skill.’

According to the Dr. An, We, humans, who have evolved from Homo Habilis (‘handy man’), have developed art, science, and technology. This is due to the ability to manipulate hands, one of the innate talents that human has as well as language. Nevertheless, scientific exploration of the origin of the human hand’s skill to manipulate is still ongoing. He and his colleagues (Dr. Seung Hyun Lee and Mr. Sang Hyeon Jin) began to explore the human brain's motor pathway with a lamp called fNIRS to find it.

Fifteen right-handed men performed sophisticated and complex hand movements (pinch grasping almonds with steel chopsticks and moving them precisely into the target) alternately between right and left hands. Simultaneously, they observed by fNIRS how the motor pathways of the cerebral cortex differ from one another.

Dr. An talked. In the early 20th century, Claude Lévi-Strauss declared that human is a 'Locuteur (Speaker)' rather than a man's maker of machines. He emphasized language as a natural heritage of humankind. In contrast, Henri Bergson earlier defined human intelligence as the “faculty to create artificial objects, in particular tools to make tools, and to indefinitely variate its makings” in his great book, “Creative Evolution, 1907.” Influenced by his philosophical idea, Max Frisch published a novel “Homo Faber (Man the Maker)” tells that human beings are able to control their fate and their environment as a result of the use of tools.

Dr. An strongly insisted that both language and ability to use tools are inherent talents of human beings, and we can develop new motor artificial intelligence by simulating human ability to use tools just as we have developed the artificial intelligence of natural language processing by simulating the structure of human language.

This research was supported by the National Research Foundation for the ‘Development of noninvasive central-peripheral nerves complex stimulus and control technology based on brain activated real-time for facilitating next generation cerebral nerves (2018R1A2B2008013)’ as well as the ‘Development of BCI-based brain cognitive computing technology that recognizes human intention using deep learning (2017-0-00451)’ supported by the Institute for Information and Communications Technology Promotion (IITP). The research was published on the online version of Scientific Reports on October 1st.