“There is a DNA that causes autism and schizophrenia!” Discovery of New Synaptic Adhesion Signaling Mechanism that Causes Intellectual Disabilities 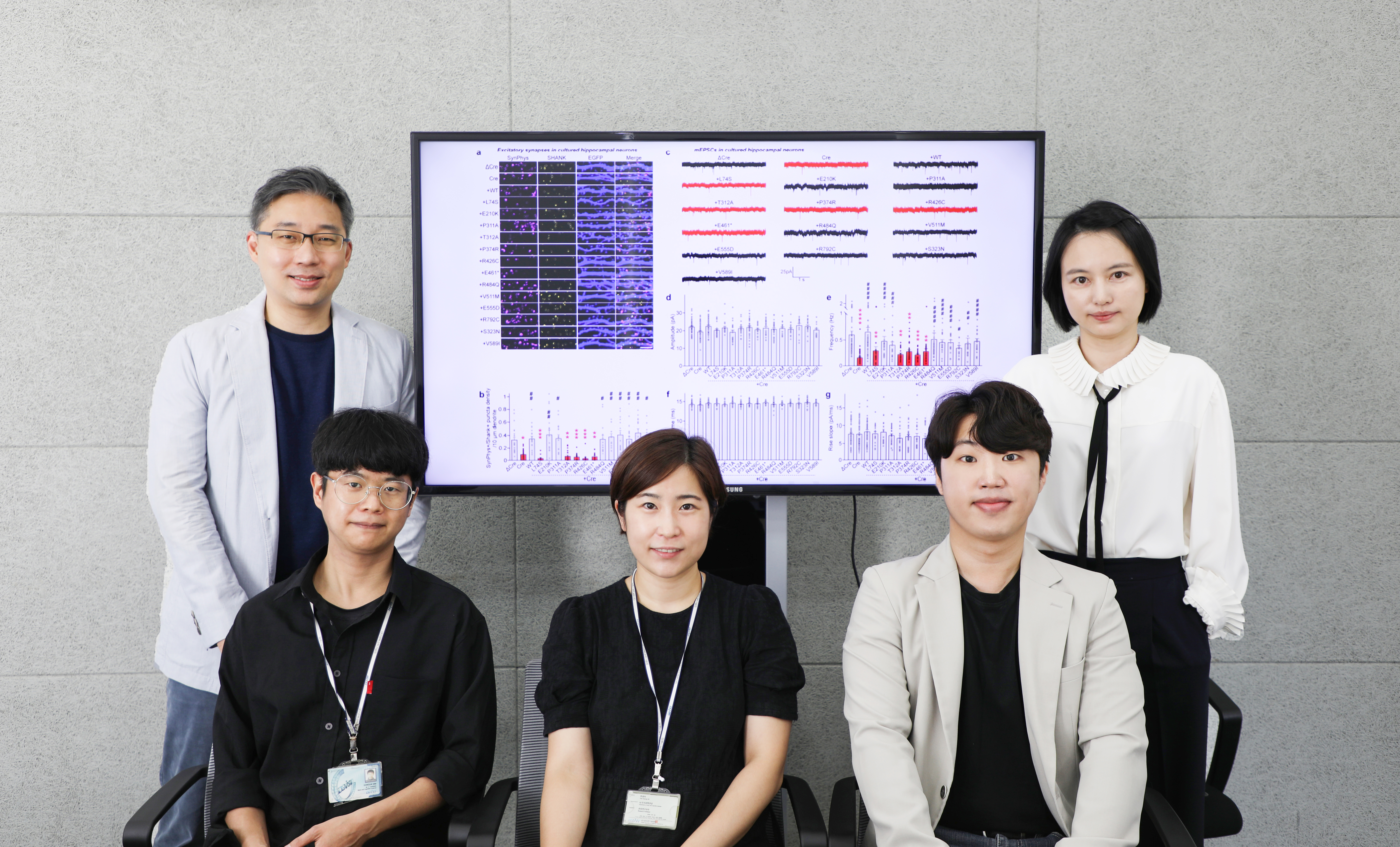 DGIST (President Kuk Yang) announced on the 26th (Tuesday) that a joint research team of professors Um Ji-won and Ko Jae-won of the Department of Brain Sciences reported a new genetic mutation related to intellectual disability and discovered an excitatory synaptic activation signaling mechanism related to the mutation. The discovery is expected to present a new research direction to the treatment of brain developmental disorders by coordinating the excitatory synaptic signaling activity.

A synapse is a special channel that transmits neural information quickly and accurately, and it controls all brain functions. Synapses are divided into excitatory synapses and inhibitory synapses. These synapses cooperate with each other so that brain functions work normally and maintain the balance of the neural circuit network. It is known that various brain developmental diseases, mental diseases, degenerative brain diseases, etc. occur when this balance is disturbed.

Meanwhile, synaptic adhesion proteins bind with each other physically and chemically and then transmit cellular signals in both directions. However, how signals are transmitted within cells by this binding has not been clearly shown.

Since 2013, a joint research team led by Professor Um Ji-won and Ko Jae-won discovered many synaptic adhesion proteins and studied their functions. In particular, the research team identified the Slitrk synaptic adhesive protein group as a key factor involved in the development of excitatory and inhibitory synapses. Among these, Slitrk2 protein is specifically involved in the formation of excitatory synapses, and is closely related to brain diseases such as X-linked intellectual disability, autism, intellectual disability, etc. Various SlitTrack2 gene mutations related to schizophrenia and bipolar disorder have actually been reported previously, but how these mutations affect the function of the SlitTrack2 protein and cause brain disease has not been clearly known.

This study detected various SlitTrack2 gene mutations that were not previously reported through exome sequencing in patients with brain, mental and developmental disorders and systematically analyzed how these mutations affect the structure and function of the SlitTrack2 protein. In particular, the research team found that some of the mutations inhibited the excitatory synaptic neuro-transmission process by disrupting the SlitTrack2 protein functions from being properly expressed in the cell membrane. 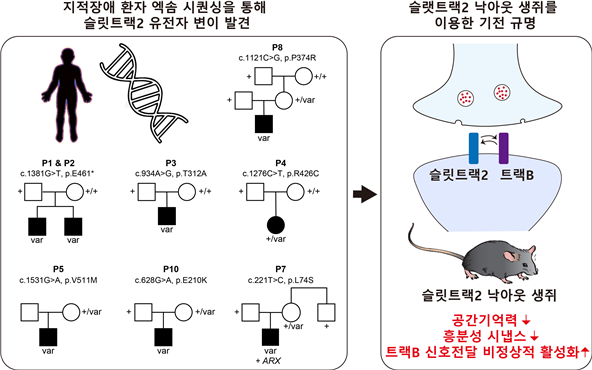 Interestingly, all of the novel SlitTrack2 mutations associated with brain developmental diseases abnormally altered the expression and activity of track B receptors. Track B receptors are important proteins that work with BDNF factor to mediate synaptic development. Its association with brain developmental diseases such as autism is also well known. The results of this study are expected to provide important clues for the development of new therapeutics for psychiatric disorders targeting the SlitTrack2-TrackB complex.

Professor Um Ji-won of the Department of Brain Sciences at DGIST said, "This study is the first thesis that presents key evidences that a problem in the SlitTrack2 gene can cause X chromosome-related intellectual disability in collaboration with overseas clinical geneticists." Professor Ko Jae-won stated, “This suggests that the SlitTrk2-TrkB complex can be an important biomarker for related brain developmental diseases, and we are currently carrying out follow-up studies.”

Meanwhile, Han Gyeong-ah, Research Professor of the Department of Brain Sciences at DGIST, Kim Dong-wook in the combined master's and doctorate program, and Jang Gyu-bin in the master's program participated in the study as co-first authors, and the research result was published in the international professional journal ‘Nature Communications [Influence Index: 17.694]’ online on July 15. In addition, it was supported by the Ministry of Science and ICT and the National Research Foundation's 'Medium-sized Research Project' and 'Basic Laboratory Support Project' programs and the Daegu Gyeongbuk Institute of Science and Technology's 'Future Leading Specialized Research' program.