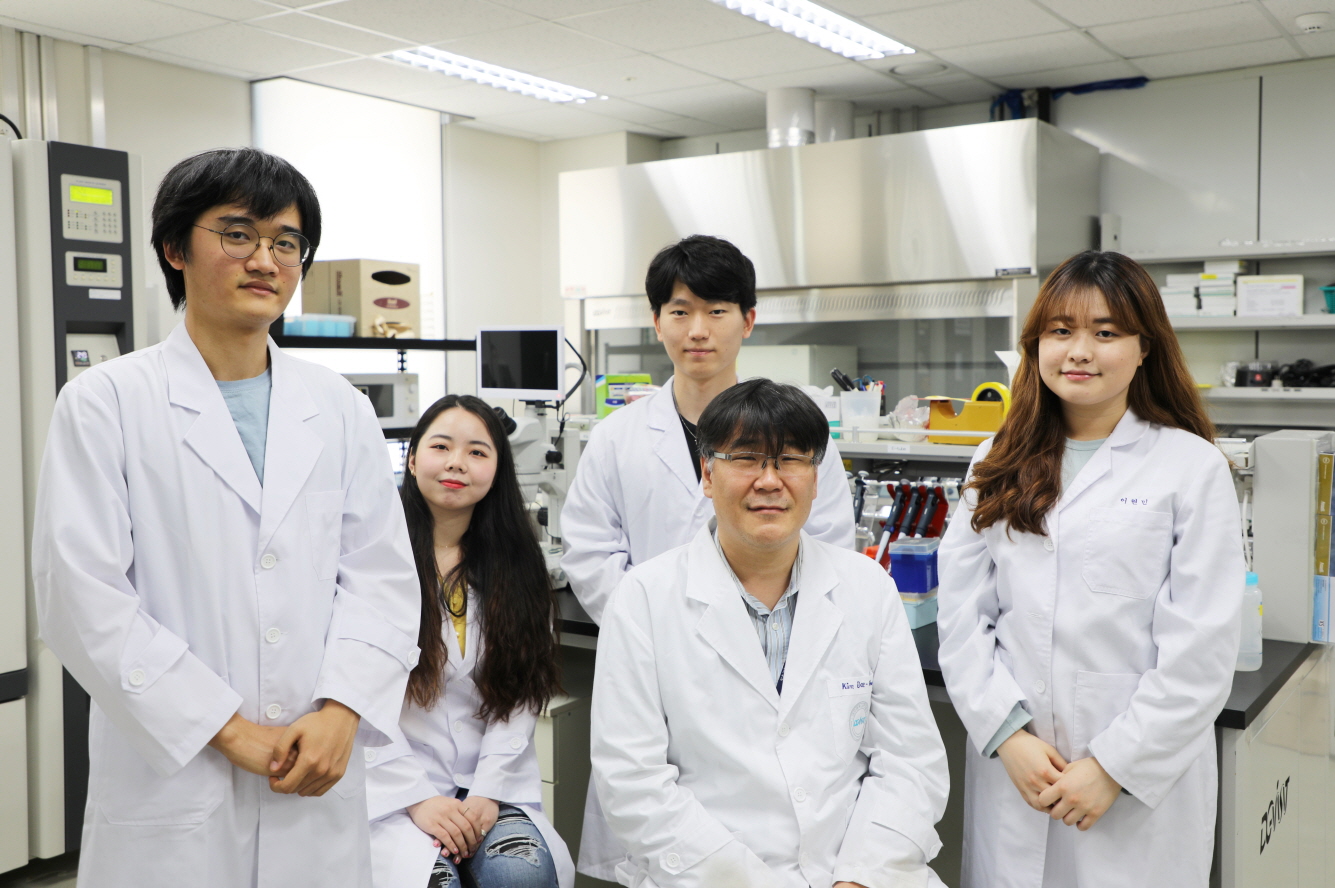 An undergraduate research team at DGIST discovered bacteria that can biodegrade plastics in the bodies of insects. The findings of the team can expedite research on the biodegradation of plastics to solve environmental pollution.

Plastics, which have existed for the last 150 years, have made human life convenient; however, worldwide, more than 8 million tons of plastic waste flows into the ocean every year, which threatens the ecosystem. As plastics have a very slow decomposition rate in the natural state, several studies on the biodegradation of plastics are underway.

The research team conducted a study by focusing on superworms whose plastic digestibility was not well known in the past. First, by culturing the gut fluid of superworms in an incubator without nutrient sources other than plastics, the research team selected candidates for plastic-degrading bacteria in the gut fluid. Subsequently, while continuously observing proliferation and chemical changes in plastics, the team succeeded in discovering “Pseudomonas sp.”—plastic-degrading bacteria.

Pseudomonas bacteria could decompose polystyrene, a type of plastic that is difficult to decompose. The team suggested that Serine Hydrolase, a type of enzyme in Pseudomonas, was associated with plastic biodegradation. To prove this, the team treated enzyme inhibitors at various concentrations and observed that the growth of bacteria and degradation of plastics were hindered with an increase in the inhibitor concentration. Various spectroscopic techniques were employed to infer and analyze the metabolic pathway of digested plastic metabolites.

This study is very significant as the outcome was achieved using the “Undergraduate Group Research Program (UGRP)” as part of the DGIST undergraduate curriculum. Professor Dae-Hwan Kim, who supervised this study said, “If we continue to discover and improve plastic degrading enzymes, we will ultimately be able to address plastic pollution issues” and added, “As studies on biodegradation of plastics are still in their early stage, we expect that our findings will serve as a catalyst for research in this field.”

The study was jointly conducted by Professor Sukkyoo Lee of the Brain and Cognitive Sciences, DGIST, and Professor Jiaojie Li of the Department of Chemistry, GIST. It was published online on May 6, 2020, in Environmental Science & Technology, a prestigious international scientific journal in the field of environmental science and was selected as “Weekly PressPac” of the American Chemical Society (ACS). The study was published online on May 27, 2020, as overseas news (https://www.acs.org/content/acs/en/pressroom/presspacs/2020.html). The research was conducted as part of the “CJ Blossom Idea Lab” project hosted by CJ to discover future growth engines with the support of DGIST.

---
1 polystyrene (PS): A type of thermoplastic material that is easy to process and is light, tasteless, and odorless. Polystyrene is used in household goods, containers, and packaging materials owing to its low cost. However, it melts easily when it comes into contact with hot substances because of low heat resistance (60–90 °C), thus generating environmental hormones.