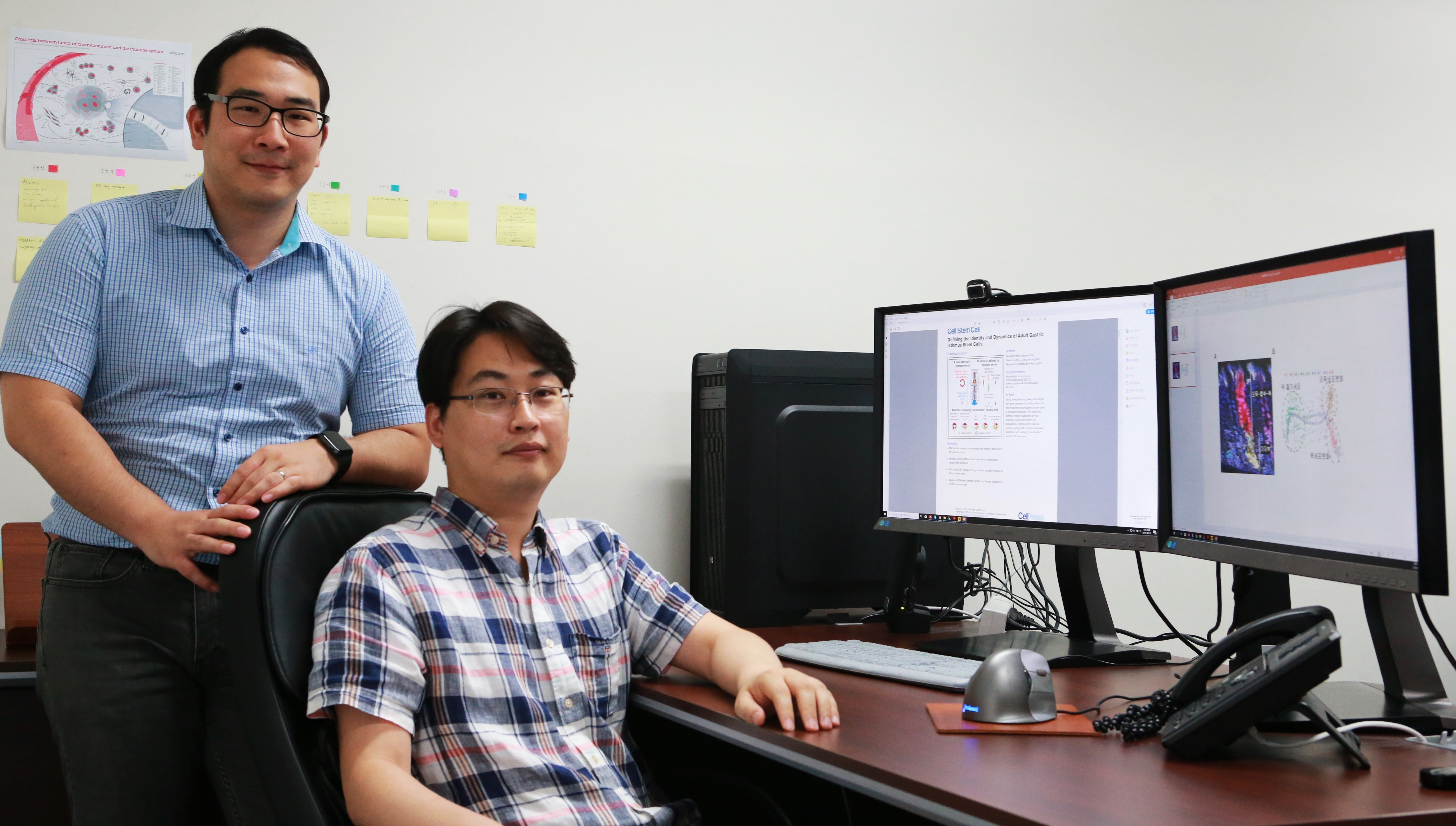 DGIST announced that Professor Jong Kyong Kim’s team in the Department of New Biology participated in a joint research by South Korea, Austria, and the United Kingdom and discovered the characteristics of gastric isthmus stem cells. The results are drawing huge attention for their applicability in identifying the causes of gastrointestinal disorders and cancer as well as in developing treatments.

While the epithelium of the gastric isthmus layer inside the stomach is damaged as food passes through it, gastric isthmus stem cells located in epithelial gland recovers the damaged part through cell regeneration. Scientists discovered that stem cells exist only in the upper ‘gland’ of epithelium, but it was very difficult to identify the exact location as additional stem cells were found from the ‘basis,’ the lower gland.

It is extremely difficult to identify location due to the low accuracy of marker genes for distinguishing stem cells in the glands. The research team found locations in another way as well as the characteristics of each stem cell by location, successfully tracking the gastric epithelial cells of a mouse using ‘Multi-Color Mouse Confetti Reporter System’ to locate based on the characteristics of cell division instead of marker genes.

Stem cells are identified by colors. Tamoxifen was injected into a mouse, and cell divisions and movements were observed by a microscope. Then a stem cell was marked in one of the colors. The daughter cells which were formed from stem cell division and movement have the same color as the original stem cells, showing a colorful, confetti-like gland. Using this principle, the research team clarified two different types of gastric isthmus stem cells in the upper and lower gland, which is very meaningful because it solved a challenging problem in the related field.

DGIST Professor Jong Kyong Kim in the Department of New Biology said “We identified the location of two types of gastric isthmus stem cells which have different roles and characteristics as well as their molecular characteristics through this researcher. We expect this research to be useful for understanding the causes of gastric diseases and gastric cancer as well as for developing their treatment.”

This research was participated by Eunmin Lee in the Department of New Biology as a joint researcher with Dr. Bon-Kyoung Koo at the Institute of Molecular Biotechnology in Austria and Dr. Benjamin D. Simons in the University of Cambridge, U.K. The results were published on an international journal in stem cell called ‘Cell Stem Cell’ on Friday, August 15.