A polymer electrode gets an electrical boost for use in E-skin devices.

DGIST materials scientists and colleagues in Korea have improved electrical conductivity in a polymer electrode for E-skin applications. Their approach is simple and cheap, but further enhancements are needed for the polymer to become a viable alternative to more expensive gold electrodes. The scientists published their findings in the journal of Biosensors and Bioelectronics. 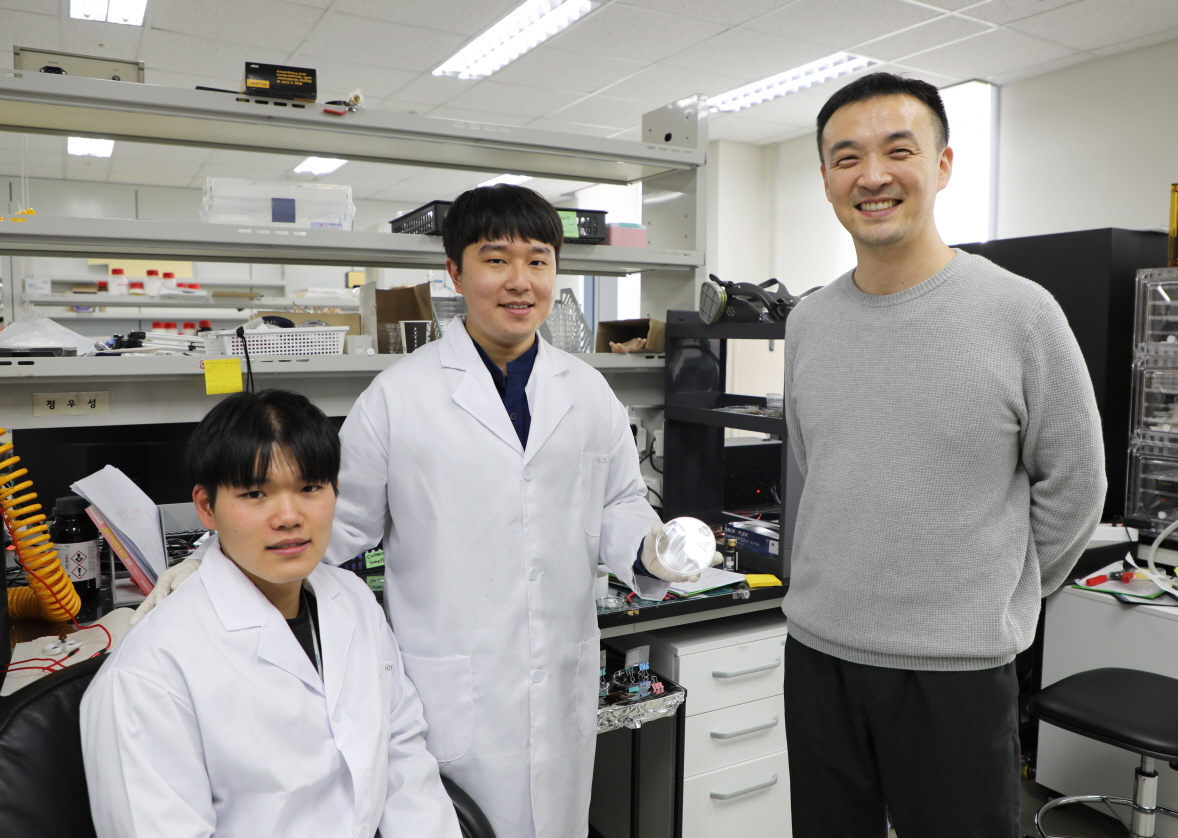 ▶ Professor Sungwon Lee (right) led a team of scientists, including Gihyeok Gwon (left) and Wooseong Jeong (center) of DGIST, to improve the conductivity of PEDOT:PSS electrodes.

Scientists around the world are working to develop electronic skins that attach to the body and monitor vital signs. These E-skins need to be comfortable, breathable, and flexible for everyday use. Gold is typically used to fabricate the electrodes that conduct electric signals in these applications. But gold is expensive, involves a complicated manufacturing process, and must be sterilized for use on the human body.

Among promising alternative materials for electrodes is the polymer PEDOT:PSS. It is biocompatible with human skin, flexible, relatively cheap, and can be easily manufactured and made into an electrode. Unfortunately, it doesn’t conduct electricity as well as gold. Scientists have found ways to improve its conductivity, but these methods involve toxic products, like acids, which can leave residues and are therefore not ideal for E-skin applications.

Daegu Gyeongbuk Institute of Science & Technology (DGIST) researchers found a non-toxic method that significantly improves performance. “We developed a hydrothermal treatment, involving humidity and heat, that enhanced the conductivity of PEDOT:PSS films by a factor of 250,” says DGIST materials scientist Sungwon Lee, who led the study.

Specifically, the researchers found that applying 80% humidity and more than 60°C heat to a PEDOT:PSS thin film led to structural changes within the material that enhanced its ability to conduct electricity.

PEDOT:PSS is made up of water insoluble, conductive PEDOT molecules and water soluble, insulating PSS molecules. Adding humidity to a thin film of PEDOT:PSS separated the two types of molecules with a screen of water, while adding heat expanded the PEDOT chains, increasing the material’s overall crystallinity. These structural changes improved the material’s conductivity from 0.495 to 125.367 Siemens per centimetre (S/cm). 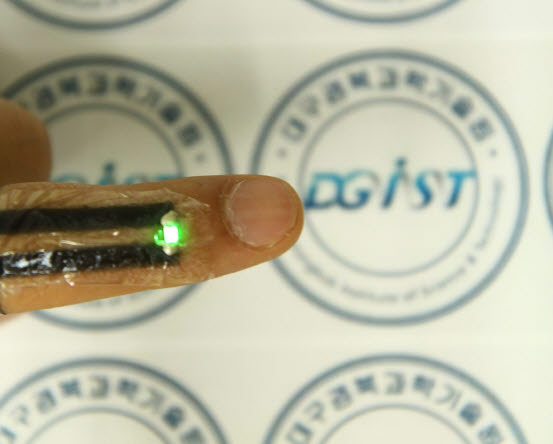 The scientists then made electrodes from the enhanced PEDOT:PSS material and found it stably conducted electricity when exposed to air, heat, bending, and stretching. They also found that the electrodes worked well when sprayed onto E-skin devices used for monitoring joint movements, skin temperature, and the heart’s electrical activity.

Further improvements are still needed, as treating PEDOT:PSS with acids can improve its electrical conductivity all the way up to 2,244 S/cm. “Our results are, nonetheless, noteworthy,” says Lee, “with our novel hydrothermal treatment showing significant potential for use in biomedical applications.”