Prof. Jaehong Lee’s team developed an implantable, fiber-formed flexible sensor that can be stably sutured at the surgical point 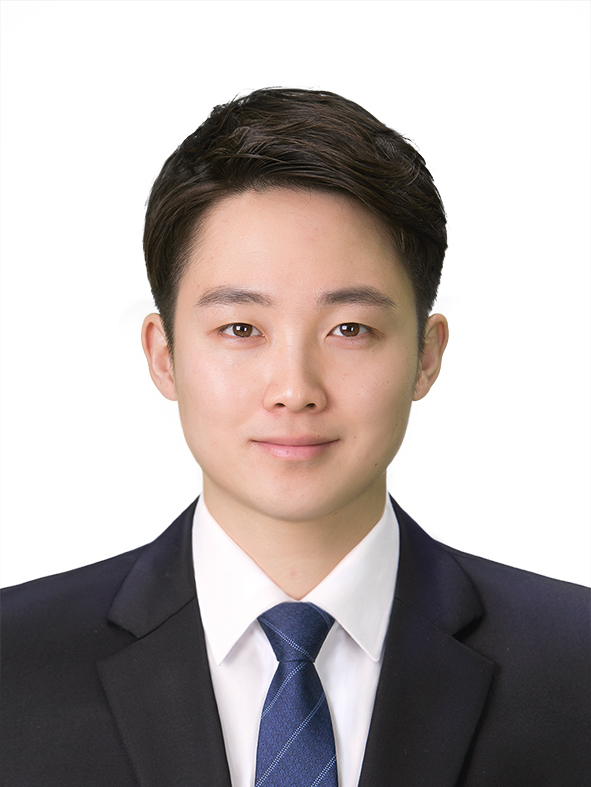 The team led by Prof. Jaehong Lee, DGIST developed a suturable flexible strain sensor that can be inserted and directly sutured at the surgical site with successful operation while the sensor is located inside of the patient. It is the first implantable electronic device and expected to accelerate the clinical application of implantable electronic devices with further improvements.

The demand for the development of advanced medical and healthcare technologies is increasing worldwide, due to the rapid rise in the population of the aged and increased cases of various diseases and infections. In particular, connective tissue-related diseases related with ligaments and tendons are drastically increasing owing to both heavy increase in aged population and of people enjoying sports worldwide. Consequently, the importance of treatment and rehabilitation has also come to the fore.

Individuals can greatly differ from one another in terms of the characteristics and regenerative ability of their connective tissues. Therefore, patient-customized care is essential for effective treatment and rehabilitation. This requires the monitoring of tissue movements during the rehabilitation process in real time. However, current clinical technologies such as MRI and ultrasound examination face several difficulties when tissue measurements need to be performed over a long period of time. To overcome such limitations, various types of implantable flexible electronic devices have been recently developed. However, they were difficult to apply in clinical practice owing to the difficulty of fixing them at the target tissue in the body for a long time.

Prof. Jaehong Lee’s team developed a novel suturable implantable wireless strain sensor for the first time. The developed sensor is in a form of fiber, which can be used as a stitching fiber. It offers an advantage that the fiber can be effectively fixed it at the tissue site during the surgery itself, thereby addressing the difficulty faced by the existing implantable electronic devices in clinical practice. The research of prof. Lee is marked as a first to overcome the current limitation of existing devices by realizing the concept of directly stitching the device on the body. 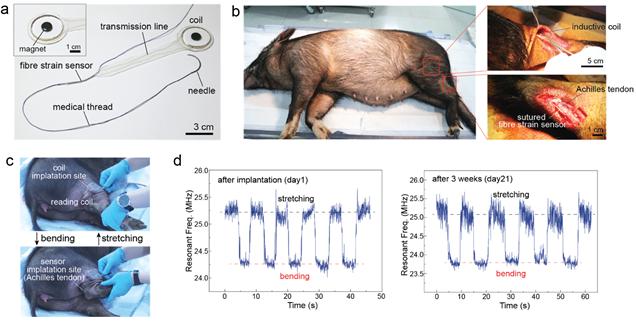 The developed sensor can not only be stitched, but also be used for wireless data transfer in real time through a passive wireless communication system that does not require any batteries. Furthermore, the device was found to have a significantly higher sensitivity compared to the existing sensor technology, thanks to its specially designed structure. Moreover, the team could secure a great advantage in terms of commercializing flexible electronic devices because the developed wireless sensor system does not need additional electric connections as it removed all electrical connection areas between the elements (soldering), which is a key technical challenge being faced by the existing flexible electronic devices.

Moreover, the sensor was effectively stitched and fixed at the target tissue (Achilles tendon) in an animal experiment with minipigs, with its additional success in proving its ability to measure tissue movements in real time. The wireless sensor worked well for more than three weeks after being implanted in the body, thus experimentally proving its high stability for long-term operations in the body.

Prof. Lee said, “We have successfully overcome the technical limitations of the existing implantable electronic devices and now further expect that our work will contribute to the clinical application of other relevant technologies.”

As for the details of the research, Prof. Jaehong Lee, DGIST served both as the lead author and corresponding author in an international partnership with Professor Janos Vörös‘ research team at ETH Zurich, Switzerland. The findings of the study were published in ‘Nature Electronics’, on April 1. The study has been supported by the Ministry of Science and ICT and DGIST.