- Opens up the possibility of direct high-resolution measurement of nano-photothermal phenomenon without interference of light, proposed for brain stimulation, cancer treatment, and ultra-fast PCR, etc.... Published online in ‘Materials Horizons’ in October 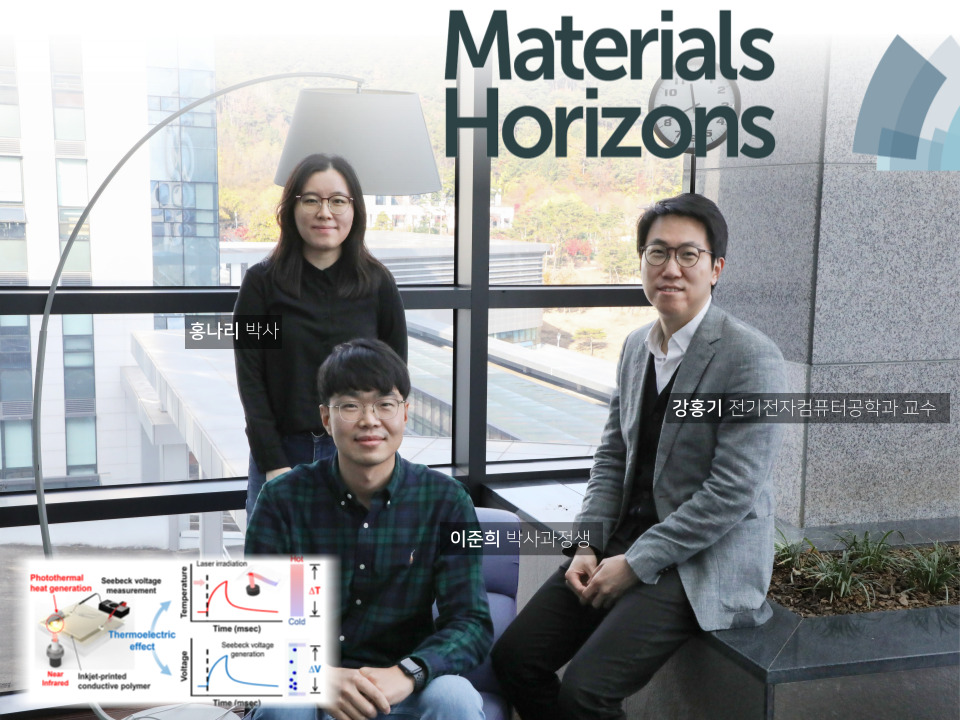 Professor Kang Hong-gi of the Department of Electrical Engineering and Computer Science at DGIST(President: Kuk Yang), together with Dr. Chung Seung-jun of the Soft Hybrid Materials Research Center, KIST(President: Yoon Seok-jin) announced the development of a transparent temperature sensor capable of precisely and quickly measuring temperature changes caused by light on Tuesday, December 6. This technology is expected to contribute to the advancement of various applied bio devices that rely on sensitive temperature changes.

The photothermal effect using plasmonic nanomaterials has recently been widely proposed in various bio-application fields, such as brain nerve stimulation, drug delivery, cancer treatment, and ultra-high-speed PCR due to its unique heating properties using light. However, measuring temperature changes by photothermal phenomena still relies on an indirect and slow measurement method using a thermal imaging camera, leading to the limitation that it is not suitable for local temperature measurement at the level of a single cell, which changes rapidly at the level of several milliseconds to tens of micrometers. Due to the absence of precise information on temperature changes, photothermal effect technology has raised concerns about the understanding of biological changes and stable clinical application resulting from precise temperature changes, despite the spreading effect of its application.

Accordingly, the joint research team developed a temperature sensor technology that can measure even rapid temperature changes in less than a few milliseconds by using the thermoelectric effect, in which a voltage signal is generated by rapid charge transfer triggered by a difference in temperature. In particular, the team established a direct photothermal phenomenon measurement technology with reduced interference by light utilizing an organic thermoelectric layer of transparent ‘PEDOT:PSS,’ a conductive polymer suitable for storing charges.

The 50-nanometer thin PEDOT:PSS thermoelectric sensor secures high transparency at 97% on average in the visible light zone and can be directly applied to the area of photothermal phenomenon, minimizing light interference for various photothermal bioengineering and medical applications. In addition, since a low-temperature solution process could be used for the polymer thermoelectric material used, it was prepared using an inkjet printing process, which is simpler to manufacture than a general semiconductor process, with a high degree of design freedom thus giving it an advantage in the printing process.

The transparent thermoelectric temperature sensor technology developed through this study can be used to understand the mechanism of the optical neural interface for controlling brain activity using light, which has recently been known broadly through optogenetics. It is a key technology in that it can be utilized to analyze the principles in treating cancer cells with local high heat. In addition, it is expected that it can be applied to next-generation semiconductor technologies, such as wearable devices, transparent display devices, and analysis of local deterioration of power semiconductors, based on the principle of powerless operation.

DGIST Department of Electrical Engineering and Computer Science Professor Kang Hong-gi said, “It is significant in that we proposed a technology that directly and precisely measures the photothermal effect, the biggest advantage of which is rapid generation of local heat,” and added, “We look forward to the possibility of in-depth bioengineering analysis and biomedical application by combining it with various bio-electronic chips through micro-semiconductor processes in the future.”

This research was conducted in the form of a joint research led by DGIST Department of Electrical Engineering and Computer Science Ph.D student Lee Joon-hee, post-doctoral researcher Hong Na-ri, and KIST Ph.D student Hwang Seong-gwon, with support from the Basic Research Project supported by the Ministry of Science and ICT, National Core Materials Research Center-Specialized Project, KIST Institutional Project, and DGIST Institutional Project through the National Research Foundation of Korea.

The achievements of this study was published online in ‘Materials Horizons,’ an international journal with the highest authority in the related field.