Successful Development of Single-Layer Graphene-based Devices for Various Use 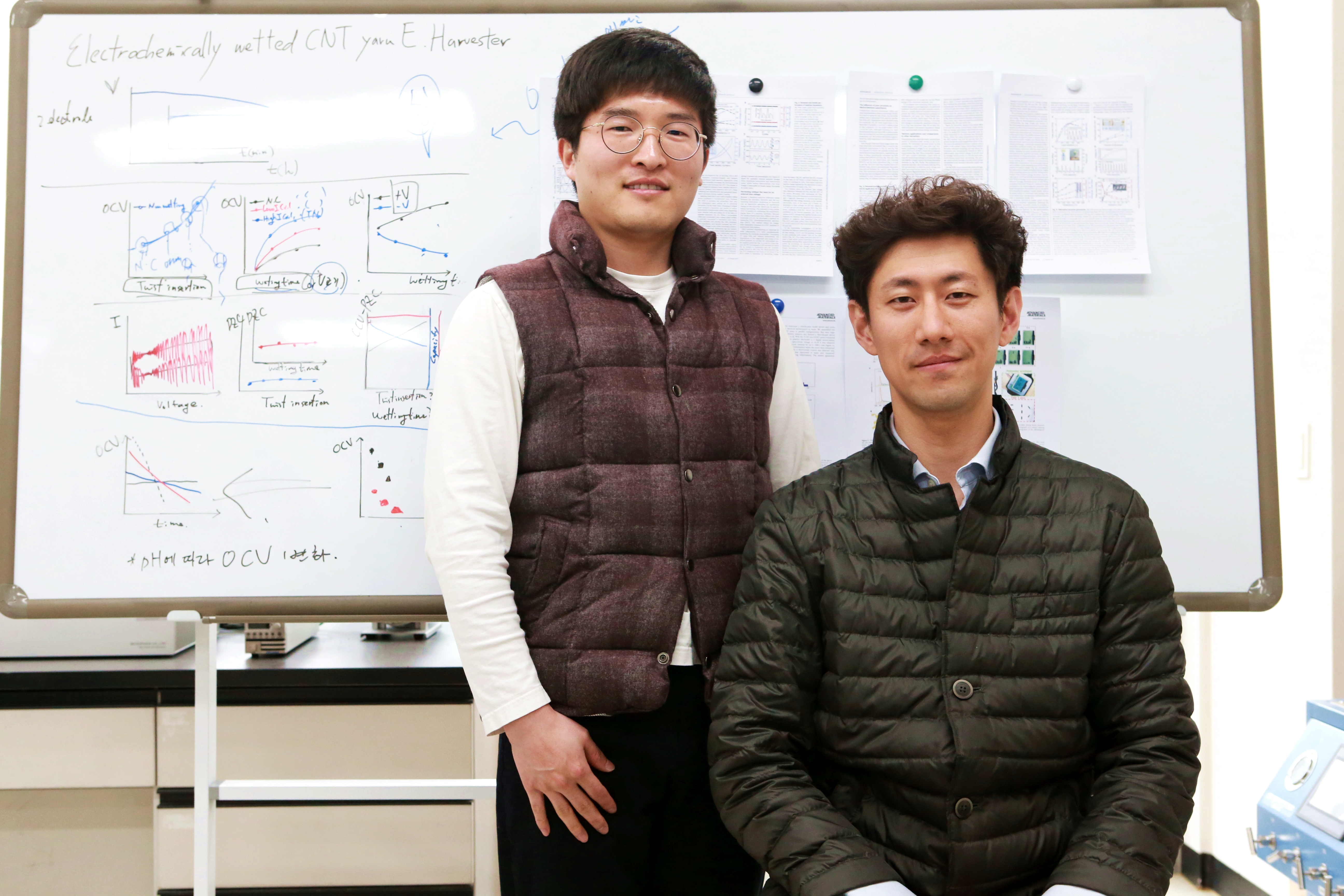 Various use of electronics and skin-attachable devices are expected with the development of transparent battery that can both generate and store power. DGIST (President Young Kuk) announced on Tuesday, April 23 that Senior Researcher Changsoon Choi’s team in the Smart Textile Research Group developed film-type graphene based multifunctional transparent energy devices.

Furthermore, the research team designed structure for electronic devices to be self-charging and storing by inserting energy storage panel inside the upper layer of power devices and energy conversion panel inside the lower panel. They even succeeded in manufacturing electronics with touch-sensing systems by adding a touch sensor right below the energy storage panel of the upper layer.

Senior Researcher Changsoon Choi in the Smart Textile Research Group, the co-author of this paper, said that “We decided to start this research because we were amazed by transparent smartphones appearing in movies. While there are still long ways to go for commercialization due to high production costs, we will do our best to advance this technology further as we made this success in the transparent energy storage field that has not had any visible research performances.”

This research was led by Senior Researcher Changsoon Choi, Wonkyeong Son, and Sungwoo Chun at DGIST. It was also conduct as a joint research with various teams such as Yonsei University, Hanyang University, and the Korea Institute of Industrial Technology (KITECH), and was published on an online edition of ACS Applied Materials & Interfaces, a journal in material sciences and interface.

1   Graphene: An allotrope of carbon consisting of carbon atoms arranged in a hexagonal lattice. High transparency with only 0.2nm of thickness, and can send 100 times more electric current than copper at a speed that is 100 times faster than silicon in a room temperature. Graphene can be considered as indefinitely large aromatic molecule, the ultimate case of the family of flat polycyclic aromatic hydrocarbons.