Supercomputing: Development of synthetic proteins for fighting back COVID-19

- 11 candidate synthetic proteins are successfully fabricated by supercomputing
- In-house production, and neutralization function and cytotoxicity analyses has been fully completed 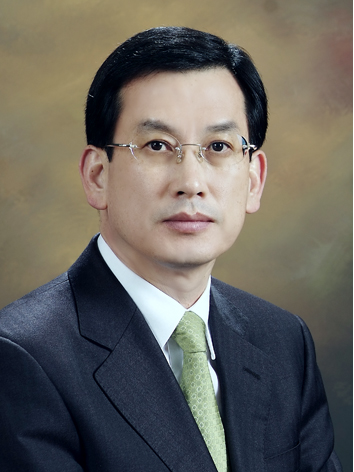 Iksoo Chang, Director of DGIST’s Supercomputing and Big Data Centre and Core Protein Resource Center
DGIST’s Supercomputing and Big Data Center and the Core Protein Resources Center (Director, Iksoo Chang) have succeeded in designing an amino acid sequence and the 3D structure of 11 novel candidate synthetic proteins for the treatment of COVID-19, by conducting atomic-level supercomputing simulations. In these simulations, the spike RBD protein on the surface of the COVID-19 virus was neutralize, preventing it from binding onto the human hACE2 receptor protein. The Centers plan to establish the fabrication processes of the all 11 novel candidate synthetic proteins and to complete their in-house production, conduct neutralization function and human cytotoxicity analyses, along with application for the patent
Current COVID-19 treatments primarily are ‘drug repositioning (using previously developed drugs)’, ‘plasma treatment (using antibodies from COVID-19 survivors)’, ‘antibody treatment (developing antibodies that interact with the COVID-19 virus using cell lines)’ and ‘new drug development (using synthetic chemical substances)’. All these treatments have both advantages and disadvantages depending on the difficulty, duration, cost, efficacy, and safety of treatment. However, none of the treatments have been reported as successful as the cure.
Unlike conventional methods, researchers at Supercomputing and Big Data Center employed atomic-level supercomputing simulations with statistical thermodynamics, and biophysics for designing each structure of 11 candidate synthetic proteins based on the structure of the spike RBD protein in the COVID-19 virus and the human hACE2 receptor protein. The structures were designed by calculating specifics using the supercomputer in the center. Researchers have also completed the computational and scientific verification of the structural, thermodynamic, and immunogenic stability of all candidates.
And researchers at DGIST's Core Protein Resource Center have developed fabrication processes for the cloning, expression, purification, and production of the candidate synthetic proteins; these processes were designed via supercomputing and implemented in-house. Through these developments, among the 11 proteins, the Center has now completed the high-purity fabrication of 7 proteins, and the remaining four are expected to be completed soon. The Center has confirmed the mass of the proteins, normality of the amino acid sequence, and stability of the secondary structure of the proteins by performing advanced mass spectroscopy (MALDI-TOF, Q-Exactive, Q-TRAP) and circular dichroism analyses.
In addition, the binding constant between the candidate proteins and the spike RBD protein of the COVID-19 virus was determined using a microscale thermophoresis experiment. The experimental results confirmed that the binding constant of the candidate synthetic proteins were similar to or even stronger than the previously reported binding constant between the human hACE2 receptor protein and the spike RBD protein. It indicates the significant potential of the candidate proteins in neutralizing the spike RBD protein. Furthermore, the safety of the treatment was ensured by administering PEP9 protein to six human cell lines (embryonic kidney, liver, brain immunity, lung, kidney, and lung cancer) along with the produced synthetic proteins. It was thus confirmed that the treatment did not exhibit any toxicity.
Iksoo Chang, the director of both centers, stated, “In order to verify the efficacy of the candidate proteins for COVID-19 treatment, researchers in DGIST will soon conduct BSL3 experiments and preclinical trials for the COVID-19 virus”, while also adding “We are expecting excellent results from the efficacy analyses of the candidate proteins based on experiments involving cell lines, animals, and humans, which will soon be conducted. For such purpose, active participation in the joint R&D as well as support from the government, science and technology, and private sectors is paramount.” 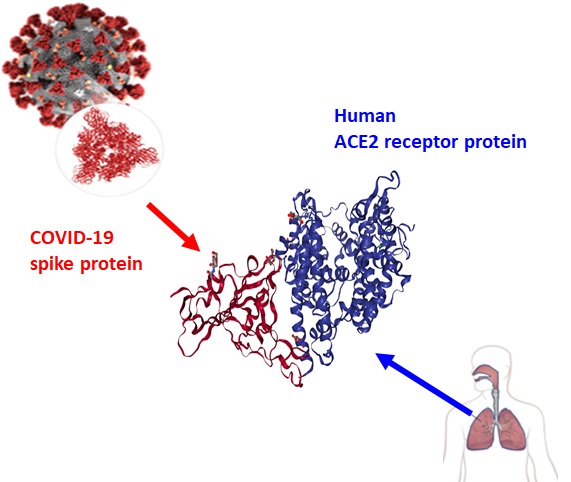 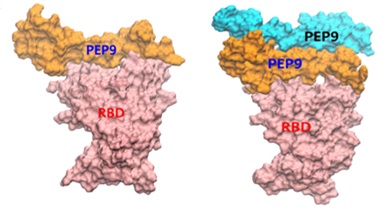 Schematic of the neutralizing effect of the synthetic protein