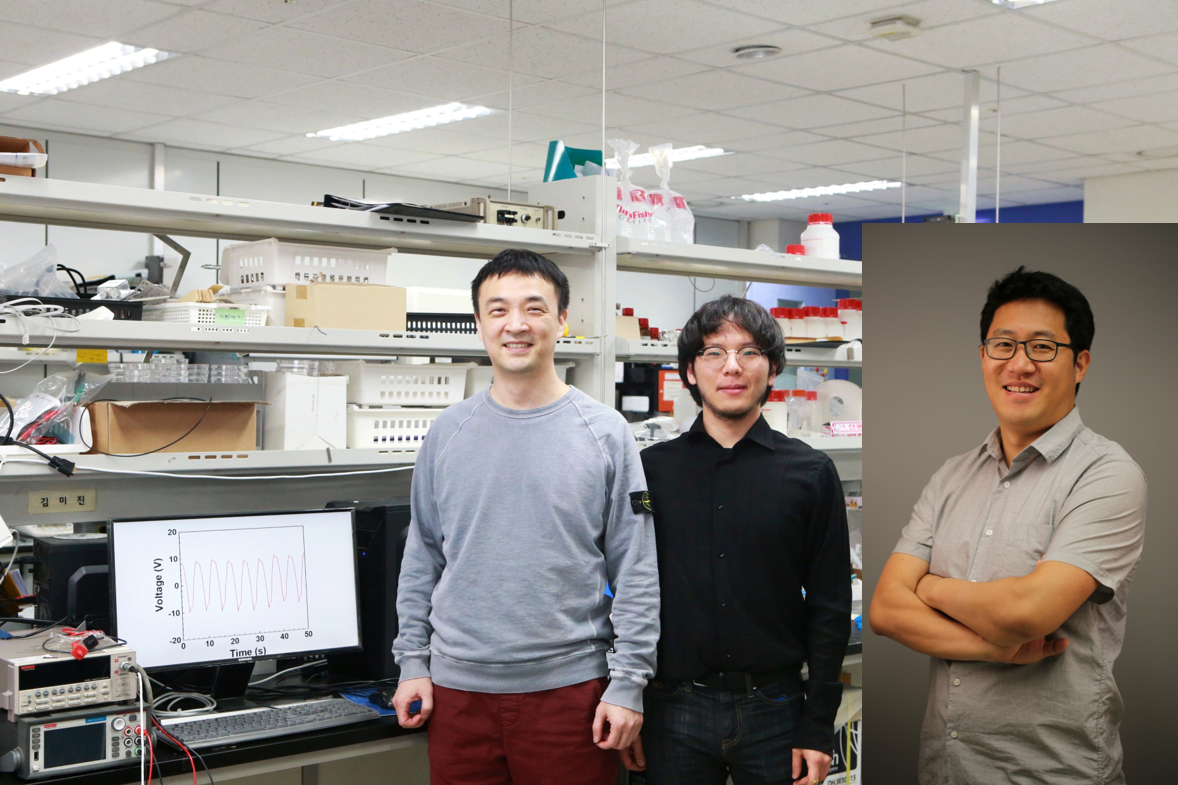 A research team led by Professor Lee Sung-won of the Department of Physics and Chemistry at DGIST (President: Kuk Yang) succeeded in efficiently obtaining electrical energy from small movements of the human body, such as the blink of an eye, by using biocompatible materials to minimize the device’s thickness. The developed energy generating device is expected to be applied as an energy source for remote medical diagnostic devices.

As the need for a telemedicine system increases, there has been active research on new energy sources that will continuously supply energy to the electronic skin type sensor for a long time. In particular, piezoelectric energy generation, which generates power by applying vibration, pressure and external impact and converting them into electrical energy, is drawing attention because it has the advantage of obtaining electricity from physical movement, which is an eco-friendly energy. However, since the piezoelectric energy generating device currently being manufactured uses PZT, etc., which are harmful substances to people, to maximize performance. It is necessary to use a protective film to actually apply the device to the human body, and it increases the total thickness of the device. When the device is thick, it is impossible to harvest energy efficiently as it would hardly follow small movement of the human body and can be removed from the skin.

DGIST Professor Lee Sung-won's team succeeded in harvesting electrical energy with high energy efficiency while producing a piezoelectric power generating device in the form of an ultra-thin film of about 4 micrometers with little discomfort to the wearer. In particular, the developed energy generating device displayed constant performance even when it was folded or on curved surfaces, and can obtain energy without losing performance even after being deformed about 10,000 times, showing the possibility of becoming a stable power source. 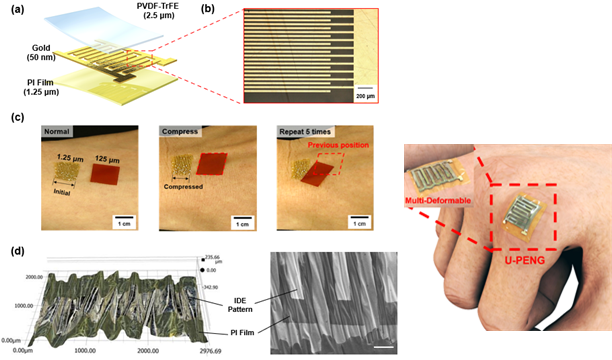 This energy generation device using PVDF-TrFE, a biocompatible piezoelectric polymer material, converts mechanical energy, which is input energy, into electrical energy, which is output energy, and boasts the world’s highest energy conversion efficiency at 18.85%. We were able to successfully turn on an LED lamp with a small movement of the body.

Professor Lee Sung-won of the Department of Physics and Chemistry at DGIST said, “This energy generating device was developed based on an ultra-thin film, increased the efficiency by ten times compared with devices with thick substrates under the same condition,” and added, “It is a new concept energy device that can supply power to a sensor that measures biosignals over a long period of time. It is a study with great potential, showing the possibility of replacing heavy and solid batteries.”

Meanwhile, this research was funded by the Science/Engineering Research Center and published online on Tuesday, April 5 in 'Nano Energy', a prominent international academic journal in the energy sector.