‘DG Care’, a prospective start-up team composed of the students from Prof. Sung-won Lee’s (Department of Emerging Materials Science) lab, DGIST, won the grand prize at the first ‘Clutch League Contest’, a contest for competing creative business ideas for young business starters. The contest was hosted by the Ministry of Science and ICT and the Ministry of SMEs and Startups, and was organized by Daegu Center for Creative Economy and Innovation. 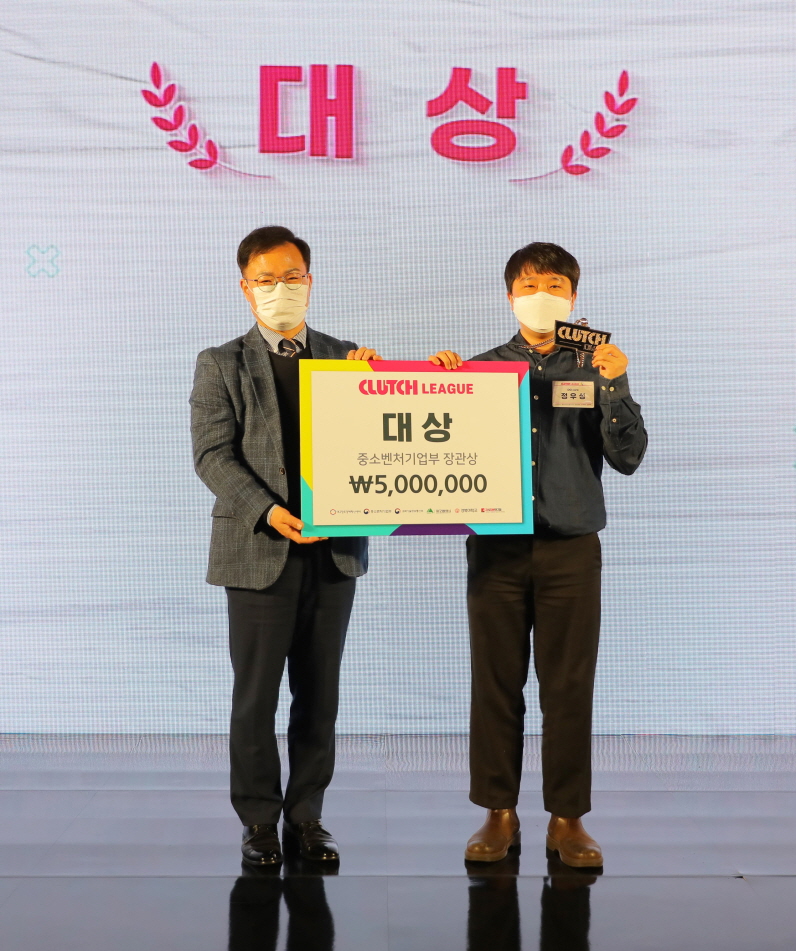 The contest was to encourage youngsters in Daegu-Gyeongbuk area to start their own businesses, and a total of 82 business concepts were registered. 38 teams participated in the non-face-to-face preliminaries, and among them, only ten teams have made it to the finals and gave presentations at the Daegu Center for Creative Economy and Innovation.

The project called ‘The Platform for Measuring the strength of the Grip of infants’ was proposed by DG Care, which is based on the technology invented by Prof. Lee’s lab. DG Care is composed of Woo-seong Jeong(Emerging Materials Science) as the representative, Ji-hoon Bae, a student of combined master's and doctorate program, and members of the DGIST Undergraduate Group Research Program(UGRP) Seung-seon Yoo, Hyeon-jin Bae, So-yeong Han, and Jong-won Jang.

DG Care explained, “Grip of infants is a parameter closely related with the development of nervous system, however, medical staffs are having great difficulties in accomplishing objective measurement of the strength of the grip as there is almost no suitable instrument. That’s why we have started the project.”

DG Care will clarify the academic correlation between the grip and disease by collaborating with the medical staffs in near future and will also planning to develop a grip measuring device for general use. It will be possible to link the device with a smartphone application to easily measure the grip of babies at home and also allow the medical staff to monitor the data in real-time. This system can recommend visiting the hospital if any abnormality is found.

DG Care was awarded with high scores in three domestic awards in 2020 with the same business concept. It came in third at the 7th ‘ICT National ICT Smart Device Contest’ in the general category, second at the ‘2020 Joint Start-up Contest of Five Institutes of Science and Technology,’ and first (Grand Prize) at the 1st ‘Clutch League.’

DG Care Representative Woo-seong Jeong stated “I want to thank the judges who offered in-depth feedback during several IR pitches, and also want to express my gratitude to my team members, who carried out the project”, while he also added, “I would think of the award as an encouragement for completing the mission of turning a good idea into a wonderful outcome.” Prof. Sung Won Lee, the project advisor, said, “This is quite meaningful for students as it shows that studies in the lab can actually contribute to society,” and added, “I hope they could make great contributions to infant and nerve-related clinical studies and ultimately set an international standard for infant’s grip in the future.”