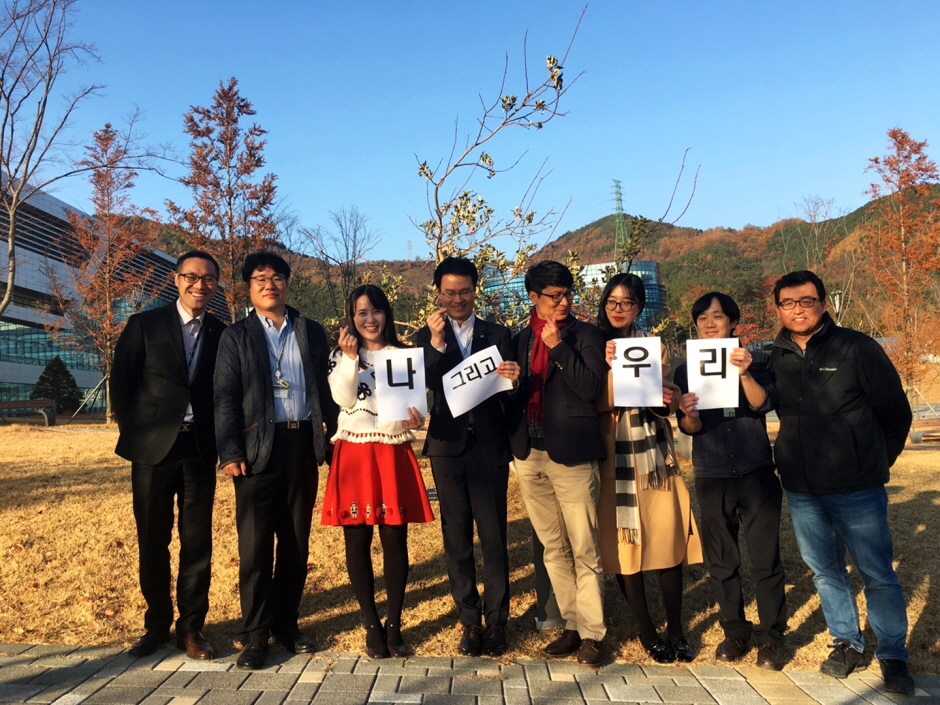 The scholarship was raised through a voluntary charity drive from DGIST staff and was offered to five students in Posan Middle School and three in Hyunpoong Middle School with scholarship certificates last month.

Chang-nam Han, the president of Na-Uri,  said, “In the past four years, Na-Uri have offered scholarships for students who were currently suffering from poor economic situations” and added, “We know that the scholarship is far from satisfaction, but we do hope that it could somehow help those of students who are trying their best. We will continue to find other ways in which DGIST can contribute to the local community.”

The name ‘Na-Uri,’ was coined by combining two korean words ‘Na(I)’ and ‘Uri(We).’ The club was established in February 2017 to foster the young and talented in local society. Currently, the club has ten members and donated a total of 13 million KRW to 26 students. The club has been continuously contributing to the local community and in 2018, the club once invited the students who received scholarships to DGIST, for a tour of the campus and dinner.