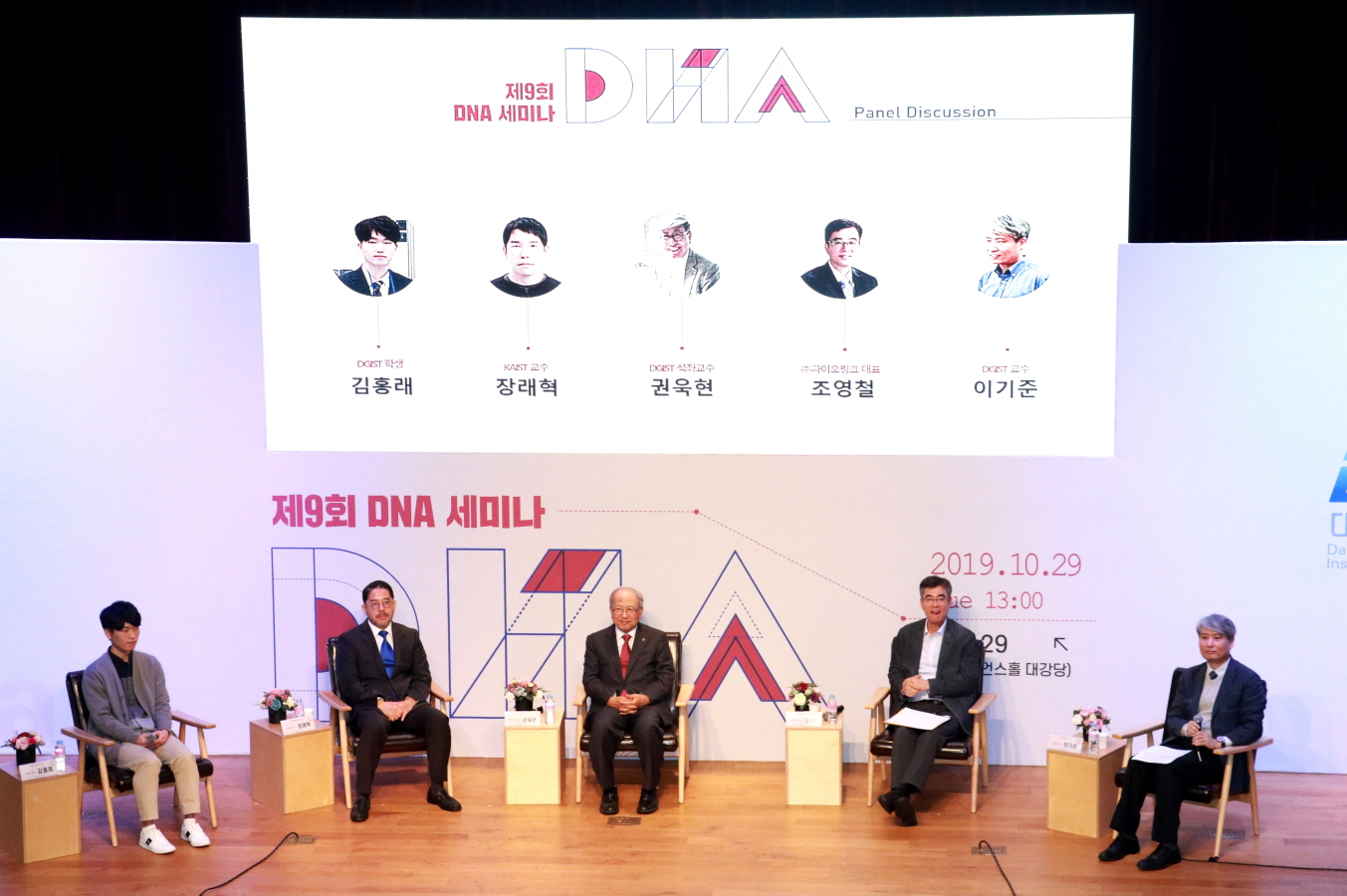 DGIST held ‘the 9th DNA (DGIST Next Agenda)’ on Tuesday, October 29 attended by 300 university members including students, professors, and researchers. The event was themed a ‘Wave of University Startups,’ with a keynote lecture by Chair Professor Wook-hyeon Kwon, a man of merit in science and technology, as well as special lectures by his venture army’ and undergraduate students’ presentations.

The 9th DNA started at 1pm with the opening ceremony followed by DGIST Chair Professor Wook-hyeon Kwon’s lecture on ‘Entrepreneurship in Science and Technology,’ explaining the reasons of efforts for science and technology development and entrepreneurship from a scientific perspective. He also provided advice on what prospective entrepreneurs should look out to in using their research findings. 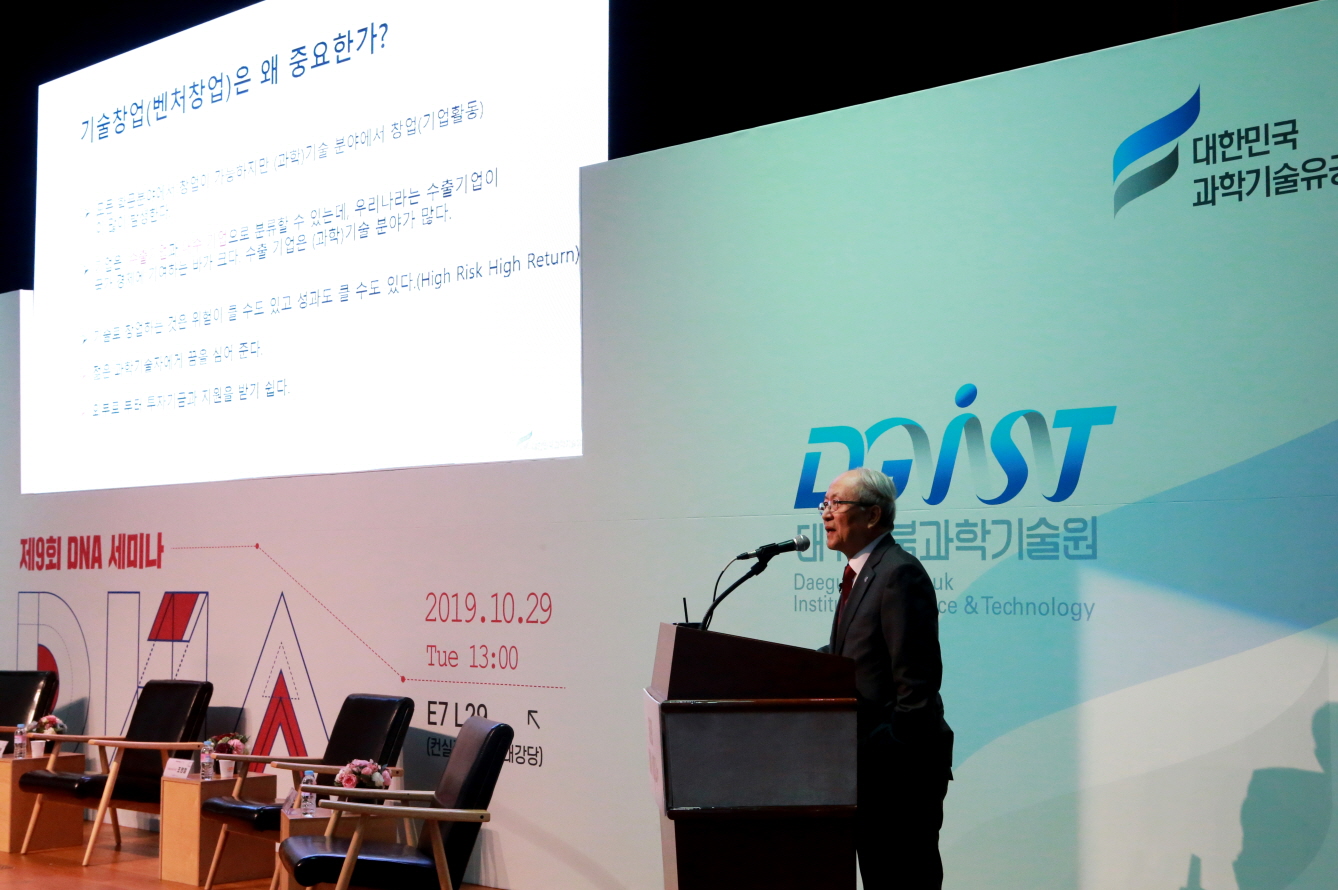 The event also had a presentation by prospective entrepreneur Hong-rae Kim in the DGIST Department of Basic Sciences. The leader of PLASTASE Team which was chosen in the first ‘CJ Blossom Idea Lab’ by CJ, Kim introduced the Commercialization of Plastic Decomposing Microorganisms and received positive feedback. 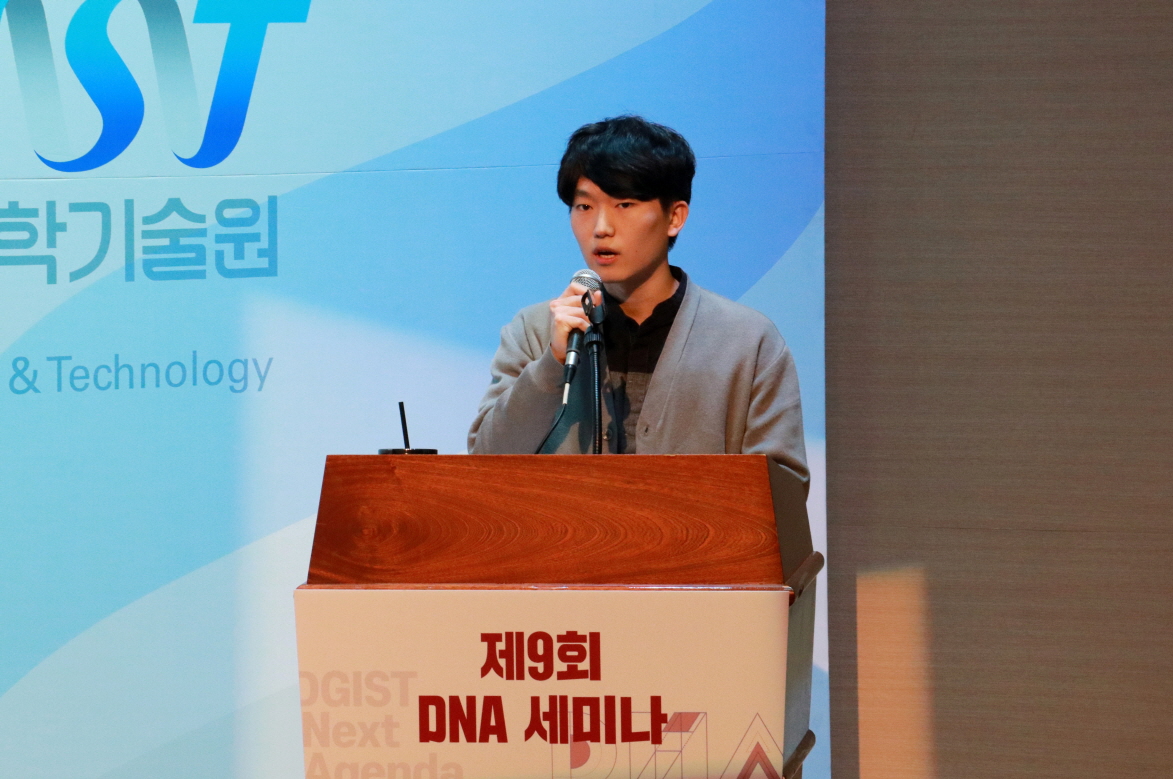 Sang-cheol Han, Associate Vice President for University-Industry Cooperation, said “It was such an honor to listen to the farsighted, future-oriented views of Korean startup pioneers through the 9th DNA. The positive opinions and feedback by experts including Chair Professor Wook-hyeon Kwon on DGIST startup process will greatly motivate student entrepreneurs seeking to establish a startup.”