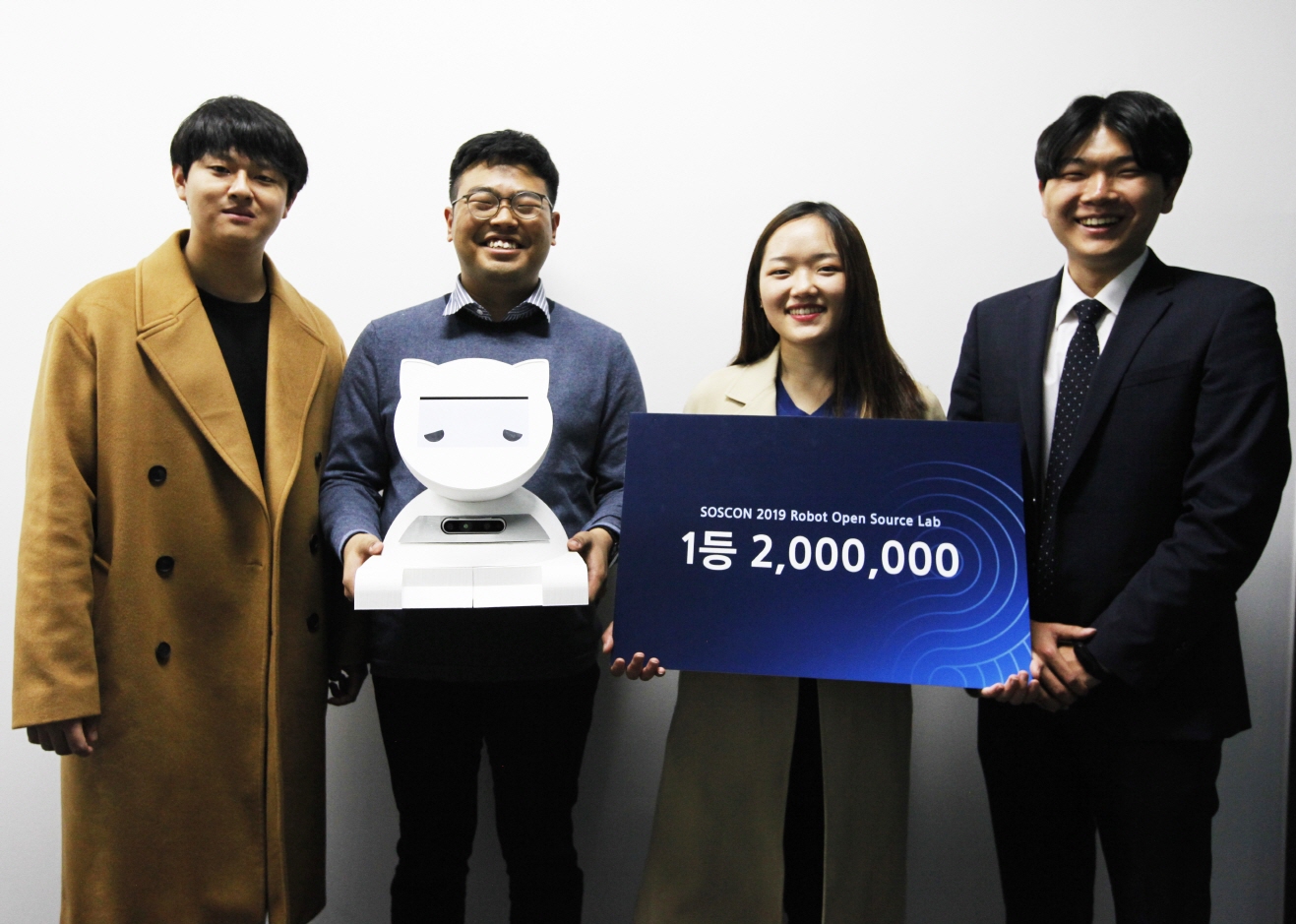 The award-winning D_Poom Team developed completely autonomous small driving robot system by using Depth camera2 for the core equipment of autonomous driving instead of the expensive LIDAR equipment. The team also appropriately applied an open source needed for autonomous driving and designed a driving algorithm for the route they made themselves, which maintained high accuracy in a real-time operation and achieved a strong performance.

Kwan-jun Shin, a sophomore in the School of Basic Sciences, said “Thanks to open source, we could make our own advanced system. To help everyone who wants to make autonomous driving robots, we are going to organize all codes and information and show them on the website. Our final goal is to be published on an international journal.”

The details of award-winning research project by the DGIST D_Poom Team can be found on the website: (https://shinkansan.github.io/2019-UGRP-DPoom).

1  Open Source: A source code that has become public to show how software is made; a software composition is learnt easily by knowing a source code.
2  Depth camera: Can measure distance by using laser or infrared rays and scanning space; different types of products are being sold in the market.
3  FGLP (Freshmen Global Leadership Program): A non-curricular program in the DGIST Undergraduate School where freshmen and sophomore students can take summer courses in top universities abroad (UC Berkeley, Johns Hopkins University, and Stanford University) to build global leadership skills.