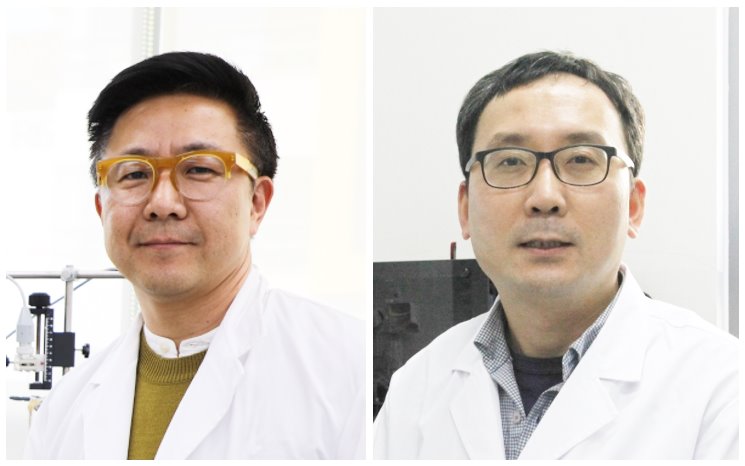 DGIST announced that Yun-il Lee, Head of the Well Aging Research Center, and Professor Kyungmoo Yea of the Department of New Biology were selected for the new projects of the ‘Bio-Medical Technology Development’ Projects for the first half of year 2020, which are funded by the Ministry of Science and ICT.

Dr. Lee, head of the center, said “Most studies on aging has been limited to research on single tissues or diseases. So we are now intend to suggest a new possibility for the discovery of fundamental solution on geriatric diseases through discovering liquid biopsy2) based bio-markers for healthy aging or reverse-aging of the human body and to develop platform technology for aging control.”

Professor Kyungmoo Yea of the Department of New Biology, DGIST will proceed the research on ‘Developing a cancer cell-specific smart EV anticancer treatment technology through the engineering of the EV derived from mesenchymal stem cell’. Through the research, Prof. Yea is aiming for the development of a new anticancer treatment technology, which adheres extracellular vesicles (EV)3) to active immune cytokine or antibody to enhance functionality.

Prof. Yea commeted that “We are quite pleased that our ingenious idea was selected although we are a late mover in the research of exosome4) cure development. Our final goal is to increase the clinical applicability of the exosome-based anticancer therapy technique through this project.”

Meanwhile, Yun-il Lee, head of the research center, will receive 9.4 billion KRW during nine years and Professor Kyungmoo Yea, 2.3 billion KRW during five years, from the Ministry of Science and ICT for the the projects, respectively.

---
1) Bio-Marker: An indicator that shows a change inside the body through protein, DNA, RNA, and metabolite.
2) Liquid Biopsy: A procedure of finding pieces of cancer cells in the DNA in bodily fluids such as the blood and analyzing them through genetic tests
3) Extracellular Vesicles: Vesicles secreted from cells, includes various functional substances such as DNA, RNA, and protein
4) Exosome: 30-100 nanometer sized vesicles derived from cells. Known to play an important role for the coagulation of blood, communication between cells, and disposal of wastes.