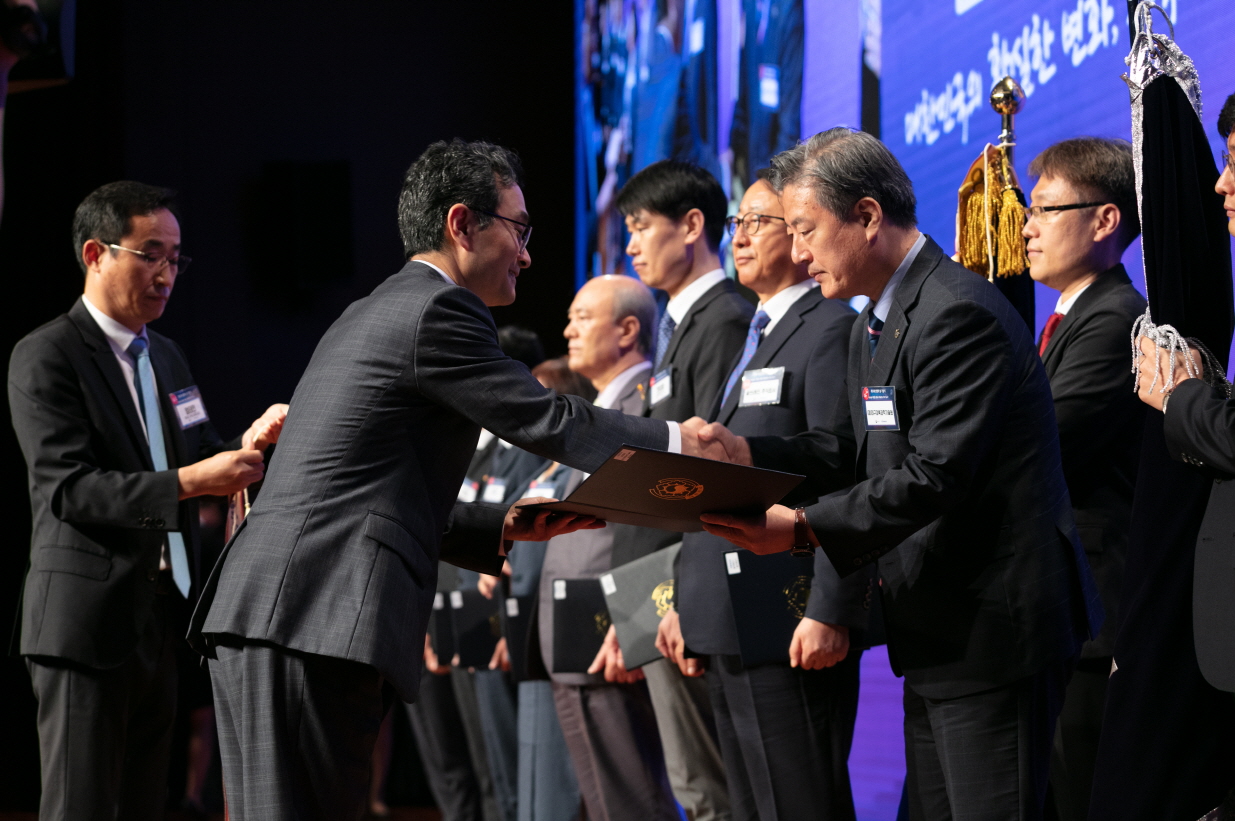 <Han Sang-cheol, Head of the Office of University-Industry Cooperation of DGIST, is receiving the presidential citation in the category of the groups with invention promotion merit at the ceremony for the 55th Invention Day.>

DGIST has received the presidential citation for gaining recognition on the promotion of the invention through establishing a virtuous cycle for intellectual property creation and application. The award ceremony was held on the 55th Invention Day, which was conducted by the Korean Intellectual Property Office(KIPO) and Korea Invention Promotion Association(KIPA) on Wednesday, June 24th.

DGIST has been trying its utmost to establish the basic fundamental for the framework that can activate the invention of intellectual properties and reliable technology-transfer process through their self-invented system(DGIST Intellectual Property System, DIPS). Through DIPS, in particular, DGIST has constructed a system that enables communication between those who are interested in patent application, therefore drew enormous attention by setting a role model with regard to the handling of patent registration.

Han Sang-cheol, Head of the Office of University-Industry Cooperation of DGIST said in the acceptance speech, “I am pleased that the contributions we have made for the creation and application of intellectual properties were finally recognized. We are complacent with what we have achieved but will move forward to make further efforts to spread and promote the invention culture.”