A Song from Brain Waves to Win the 'BCI Hackathon' 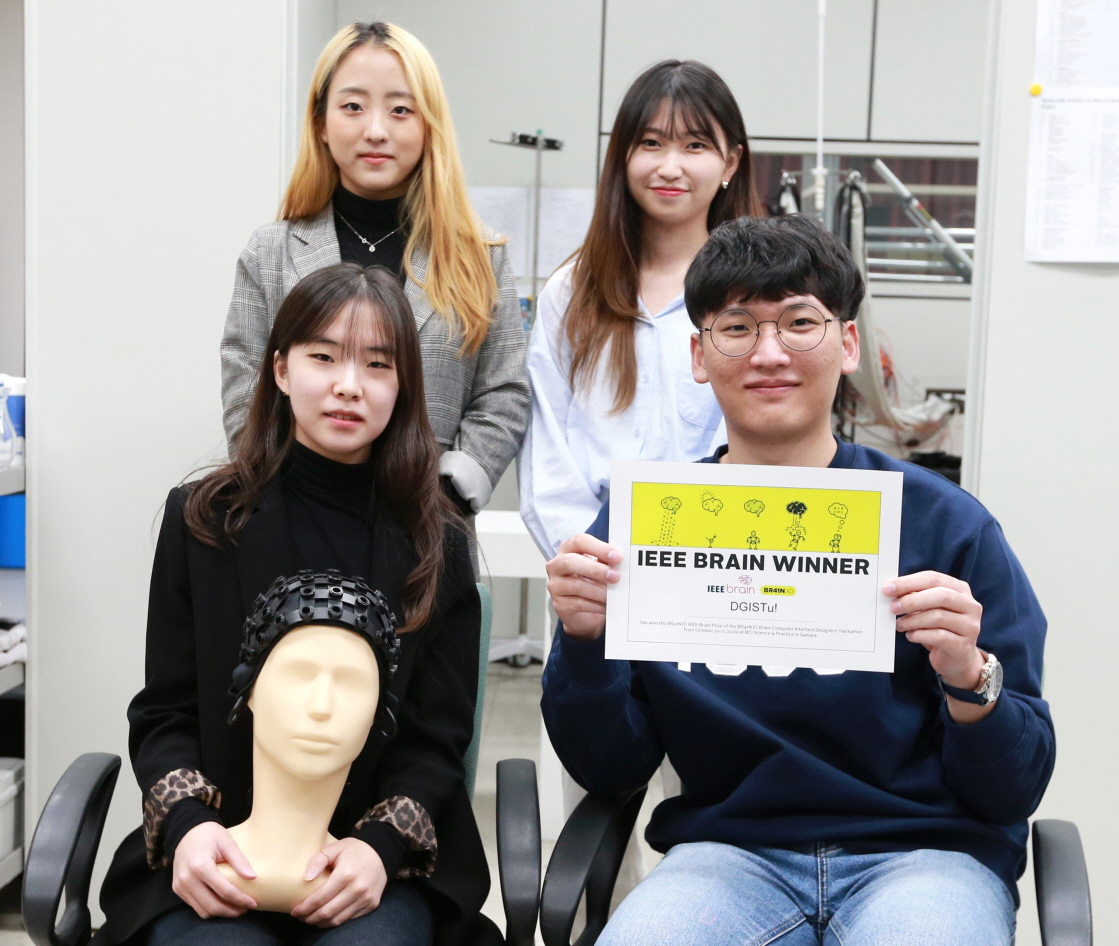 DGISTu!, a team comprised of undergraduate students of DGIST, won the finals of the ‘Brain-Computer Interface Designer’s Hackathon (BCI Hackathon)’ organized by the IEEE Brain Society and hosted by BR41N.IO.

BCI Hackerthon is held five to six times across the world every year since 2017. This year, it was held through online due to COVID-19. DGISTu!, which was comprised of undergraduate students, participated in the competition for two days from October 10th to 11th and won the finals with the ‘Sound of the Mind’ project that allows users to compose music from brain waves.

The ‘Sound of the Mind’ project originated from the UGRP research performed by DGISTu!(Advisor Choi Gyeung-ho, An Jin-ung). UGRP is a joint research program for the DGIST undergraduates. DGISTu! started the research to turn brain waves into actual musical pieces, which can be varied depending on the mental and psychological state of students, who are exhausted by academic stress. Such project was originally intended to alleviate stress through meditation and aromatherapy.

DGISTu!, making the best use of their UGRP research experience, participated in the ‘BCI Hackathon’ and finalized the project by developing a method for music composition from the psychological state of a subject’s spatio-temporal characteristics of the specific frequency band of the brain wave, which are measured from multiple regions of the head. The achievement is also meaningful as the team participated this year and became the first Korean team to win the final.

Tae-soo Kim of DGISTu!, said, “We will conduct other follow-up research on producing images and music with brain waves and planning to submit a paper to IEEE BCI 2021 in near future,” while adding, “We are planning to apply for a patent on technologies used in production of media arts from brain waves, and also neuro-feedback technologies for depression and stress treatment.”

Meanwhile, the BCI Hackathon is a competition where participants around the world test their skills by embodying and demonstrating their ideas through courses offered by acclaimed scholars and experts on brain-computer interface.