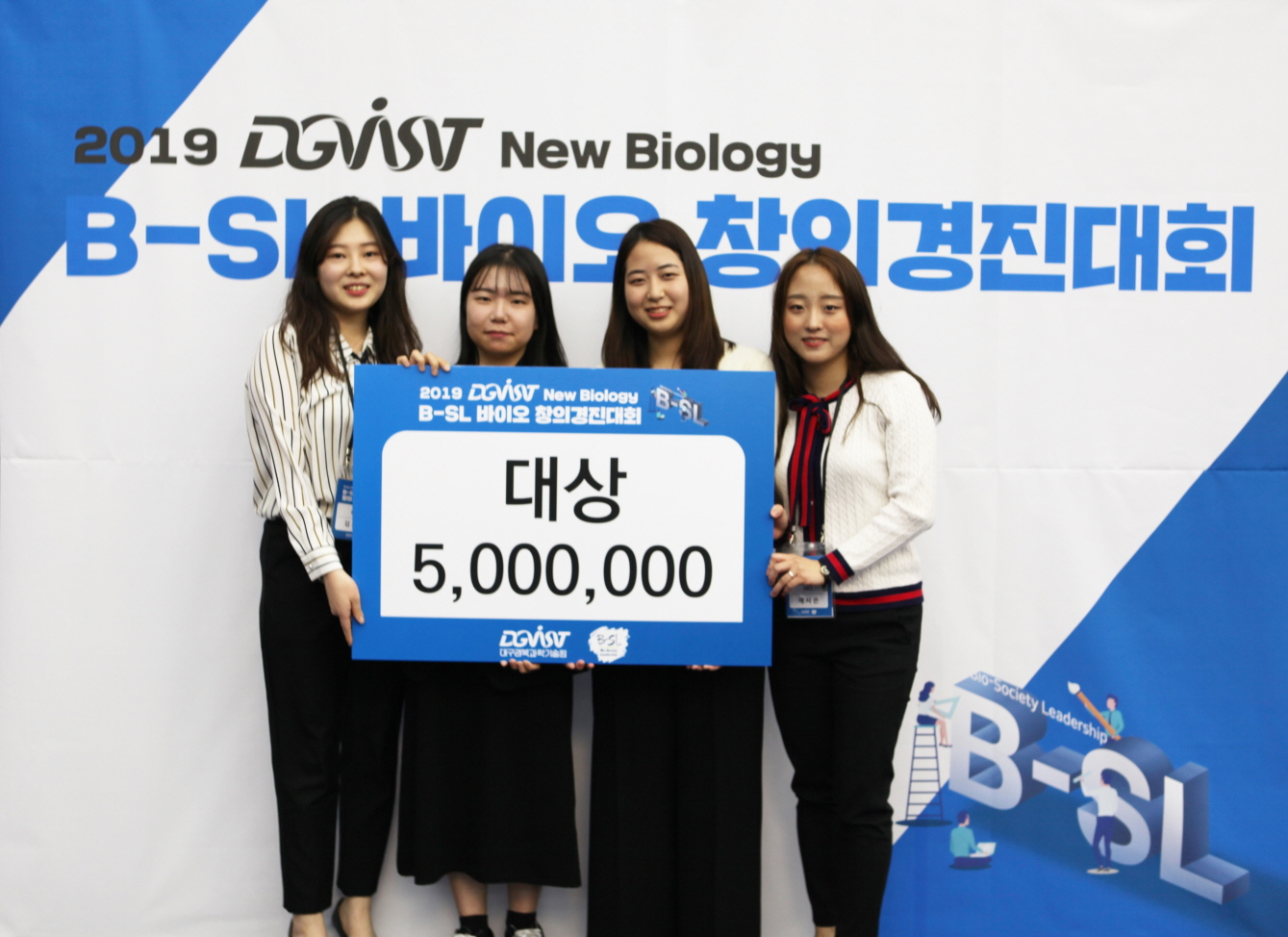 △‘HE3' team, which won the Grand Prize in the B-SL Bio Creative Contest.

Held the first time this year for undergraduate and graduate students nationwide, this contest was aimed to share various ideas and commercialize technologies to solve social problems facing the humanity through the convergence of NT and IT using biotechnology.

The first stage of this contest was a preliminary round of research submissions by 29 teams from 19 universities throughout the country, and 8 teams advanced to the final round and delivered enthusiastic presentations. Based on the final screening result, the Grand Prize was awarded to ‘HE3’ team, which consisted of Ji-hyeon Kim, Ji-eun Lee, and Shi-eun Chae in the DGIST School of Basic Sciences and Ye-eun Lim in the Department of Administration at Seoul Women’s University.

‘HE3’ team won the Grand Prize with their research ‘Manufacturing of Absorbent Sheet using Non-Timber Pulp and the Development of BM Model’. Shi-eun Chae of the team expressed that “We are very happy and excited to win the prize, which was unexpected. I think our convergence ideas integrating multidisciplinary fields were highly evaluated.”

Moreover, the Top Prize was awarded to Shin-young Lee, a president-honorary student in the Department of Chemical Engineering and Biotechnology at Chonnam National University. Excellence Prize was awarded to ‘Campanella’ Team, which consists of Woong-chan Park, Dae-geon Song, Ki-seok Nam, and Hyeon-chang Joo in the School of Basic Sciences at DGIST.

Chair Professor Daewon Moon in the Department of New Biology who organized the contest said “In this contest, it was very impressive to see students’ original ideas to solve social problems using biotechnology. I hope we continue to hold this contest so that it lays a foundation to discover and train bio industry leaders who will lead the era of bio economy.”

This contest was held as part of the Bio-Society Leadership (B-SL) track in the Department of New Biology. The B-SL track was established to train advanced and talented human resources in various fields such as bio technology-based technology startup, technology management, technology commercialization, intellectual property rights, technology investment finance, and technology policy. 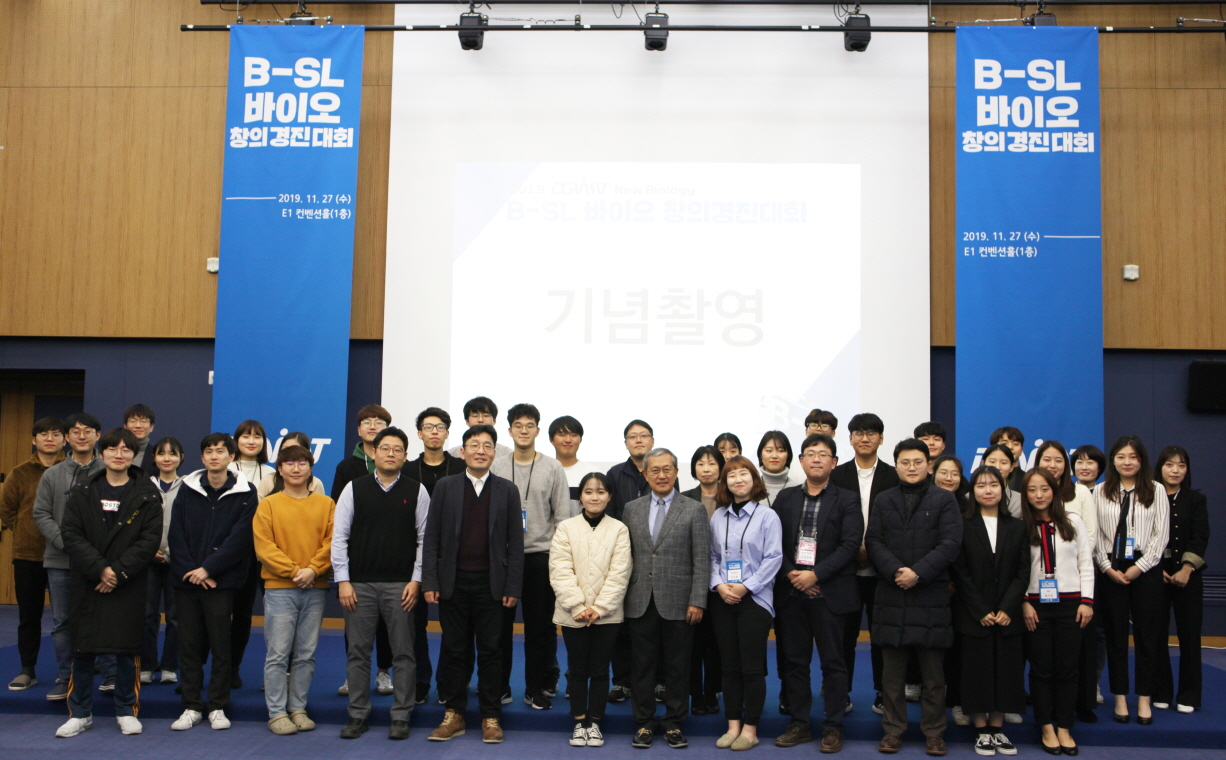