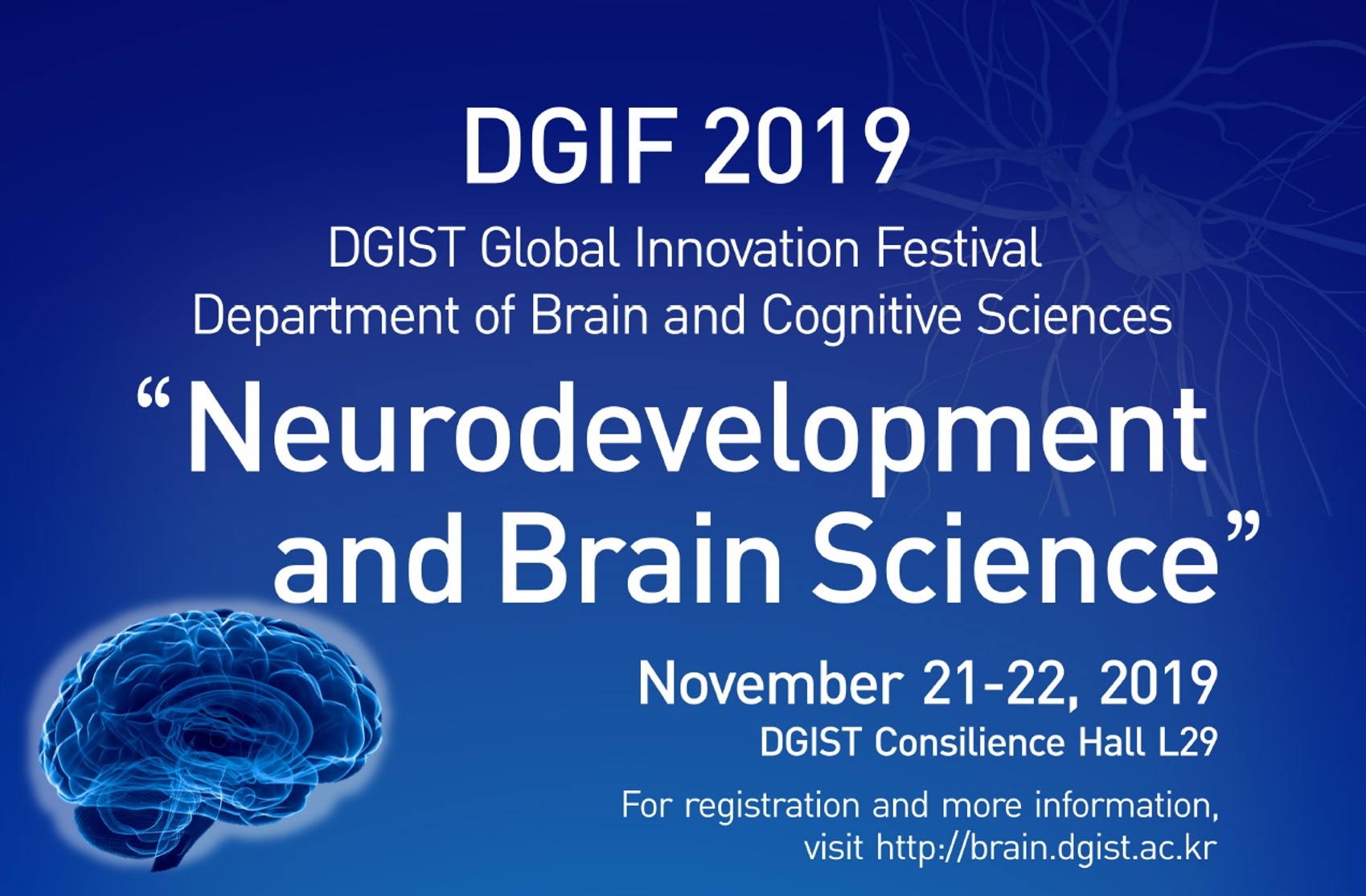 DGIST announced that it will host the ‘DGIF 2019-Neurodevelopment and Brain Science (DGIST Global Innovation Festival 2019) from Thursday, November 21 to Friday, November 22 in DGIS Consilience Hall.

The event is especially drawing huge attention with a presentation by Professor Jeremy S. Dasen, who is an editor of life science international journals ‘Cell Reports’ and ‘Nature Scientific Reports.’ An eminent scholar in motor neurodevelopment, Professor Dasen plans to introduce a highly-anticipated research on the development and evolution of motor neural circuit.

Korean speakers are famous experts in neurodevelopment and brain science including: Professor Seung-bok Lee from the Department of Brain and Cognitive Science and Professor Seung-hee Lee from Pharmacy School at Seoul National University, as well as Life Science Professor Mi-ryeong Song from the Department of Life Science GIST. The event will also feature lectures by young prominent researchers abroad such as Dr. Min-hwan Kim from the Allen Institute of Brain Sciene, Dr. Kwang-seon Yoo at Yale University, and Dr. Hye-young Shin at Brown University.

Professor Kyuhyung Kim in the Department of Brain and Cognitive Science at DGIST said “We arranged this event to understand the principles of brain formation, the foundation of brain science, and to discuss contributions to basic science and research through DGIF 2019-Neurodevelopment and Brain Science. We will continuously strive to develop DGIST as a hub of talent cultivation and research in brain and cognitive science with this academic event gathered by scholars in Korea and abroad.”

DGIF 2019 consists of academic conferences and seminars by 6 majors of DGIST. Following the seminar on the Department of Brain and Cognitive Science, seminars for the Department of New Materials Science and New Biology will be held on Thursday, November 28 and the last seminar will be on Friday, November 29 as a wrap up. Inquiries can be made to the Graduate School Team at 053-785-6922.