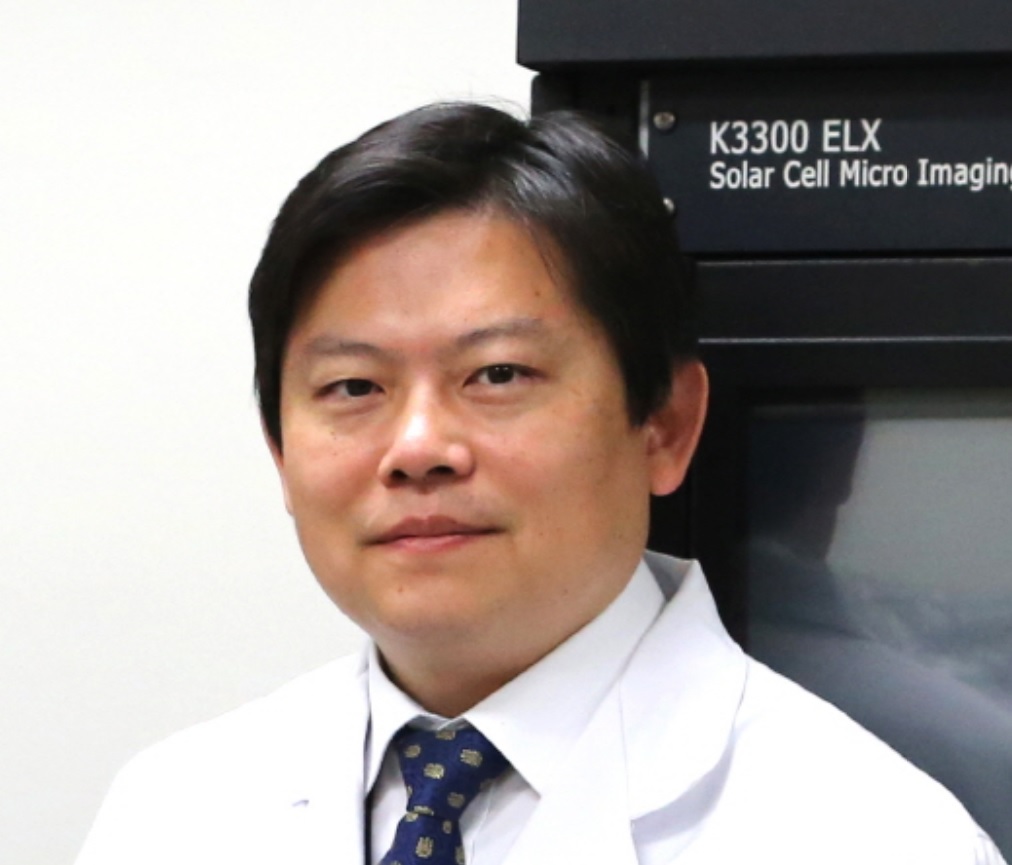 DGIST researchers are getting closer to developing a material that delivers a one-two punch: recycling atmospheric carbon dioxide for the production of cleaner hydrocarbon fuels.

Copper and platinum nanoparticles added to the surface of a blue titania photocatalyst significantly improve its ability to recycle atmospheric carbon dioxide into hydrocarbon fuels.

The modified photocatalyst was developed and tested by researchers at the Daegu Gyeongbuk Institute of Science and Technology (DGIST), with colleagues in Korea, Japan, and the US. It converted sunlight to fuel with an efficiency of 3.3% over 30-minute periods. This ‘photoconversion efficiency’ is an important milestone, the researchers report in their study published in the journal Energy and Environmental Science, as it means that large-scale use of this technology is becoming a more realistic prospect.

Photocatalysts are semiconducting materials that can use the energy from sunlight to catalyse a chemical reaction. Scientists are investigating their use to trap harmful carbon dioxide from the atmosphere as one of many means to alleviate global warming. Some photocatalysts are being tested for their ability to recycle carbon dioxide into hydrocarbon fuels like methane, the main component found in natural gas. Methane combustion releases less carbon dioxide into the atmosphere compared to other fossil fuels, making it an attractive alternative. But scientists have been finding it difficult to manufacture photocatalysts that produce a large enough yield of hydrocarbon products for their use to be practical.

Professor Su-Il In of DGIST’s Department of Energy Science and Engineering and his colleagues modified a blue titania photocatalyst by adding copper and platinum nanoparticles to its surface.

Copper has good carbon dioxide adsorption property while platinum is very good at separating the much-needed charges generated by the blue titania from the sun’s energy.

The team developed a unique set-up to accurately measure the catalyst’s photoconversion efficiency. The catalyst was placed in a chamber that received a quantifiable amount of artificial sunlight. Carbon dioxide gas and water vapour moved through the chamber, passing over the catalyst. An analyser measured the gaseous components coming out of the chamber as a result of the photocatalytic reaction.

The blue titania catalyst converts the energy in sunlight into charges that are transferred to the carbon and hydrogen molecules in carbon dioxide and water to convert them into methane and ethane gases. The addition of copper and platinum nanoparticles on the catalyst’s surface was found to significantly improve the efficiency of this process.

“The photocatalyst has a very high conversion efficiency and is relatively easy to manufacture, making it advantageous for commercialization,” says Prof. In. “

The team plans to continue its efforts to further improve the catalyst’s photoconversion efficiency, to make it thick enough to absorb all incident light, and to improve its mechanical integrity to enable easier handling.