A molecule-trapping material that normally degrades in water remains stable after two years of humidity exposure when treated with a common skin bleach. 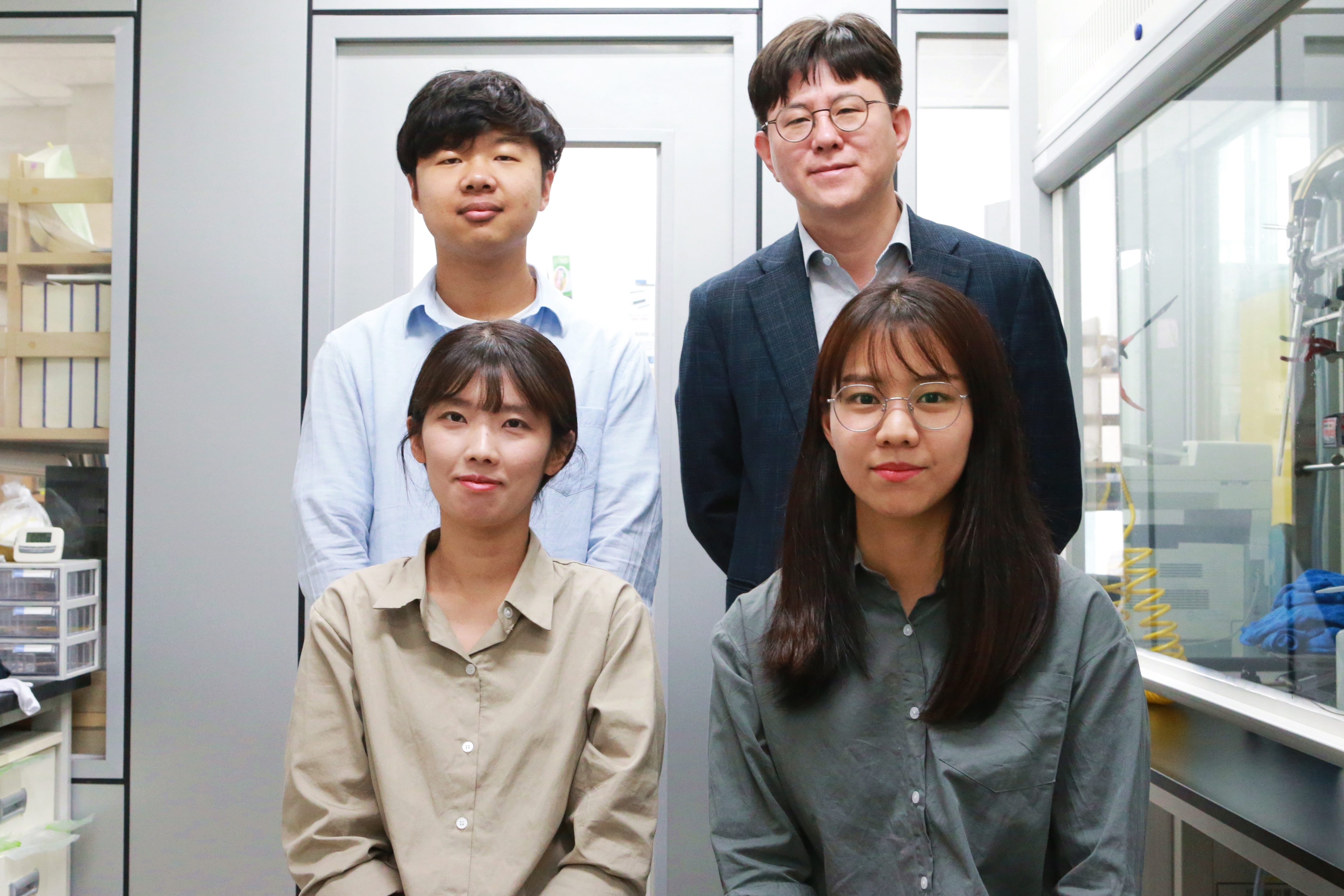 △Professor Nak Cheon Jeong (right back) and his team at DGIST collaborated with researchers in Korea to find ways to stabilize HKUST-1 in water.

Adding hydroquinone, a skin-bleaching ingredient, to a well-known ‘metal organic framework’ changes its copper ions in a way that makes this porous material exceptionally stable in water.

“We developed a new method to enhance the water stability of metal organic frameworks, with potential for applications that can effectively filter and purify air from ultrafine dust without decomposing due to humidity,” says DGIST materials scientist Nak Cheon Jeong. The Korean researchers reported their findings in the Journal of the American Chemical Society.

Metal organic frameworks (MOFs) are made from metal ions bonded by organic links. They assemble in a way that leads to the formation of internal cage-like structures, giving the material its porous nature. MOFs have an impressive surface area compared to other porous materials. It is this, and the ability of scientists to tune their structures, that has led to their use in a wide range of applications, including gas uptake, molecule separation, drug delivery, and catalysis. Most MOFs decompose in the presence of humidity and water, so scientists have been looking for ways to make them more durable.

Jeong and his colleagues found that treating a well-known copper-based MOF, called HKUST-1, with hydroquinone at 80°C made the material so stable that it didn’t degrade after weeks of submersion in water or even after two years of exposure to humid air.

Copper ions and their organic links in HKUST-1 assemble to form large and small cages with paddlewheel-shaped metal ion nodes. Normally, water molecules attach to elements within this MOF, displacing the bonds between the copper ions and organic links, and causing the material to degrade or transform into a non-porous solid. Hydroquinone treatment, on the other hand, leads to a very stable HKUST-1 in water.

Jeong and his team found that a single electron from hydroquinone is transferred to cupric ions (Cu2+) within HKUST-1, changing them to cuprous ions (Cu+). This change is self-limiting: no more than 30% of the cupric ions change in this way. Half of the Cu+ ions remain in their positions on HKUST-1’s paddlewheel cages. But the other half form complexes that dissociate from the structure and become trapped within the material’s smaller cages, like a ship-in-a-bottle.

Further studies are needed to understand exactly how these changes lead to such a substantial improvement in HKUST-1’s stability in water.

Jeong and his team believe the same concept could be applied to other copper-based paddlewheel MOFs. They plan to conduct follow-up research on potential practical applications for their approach.