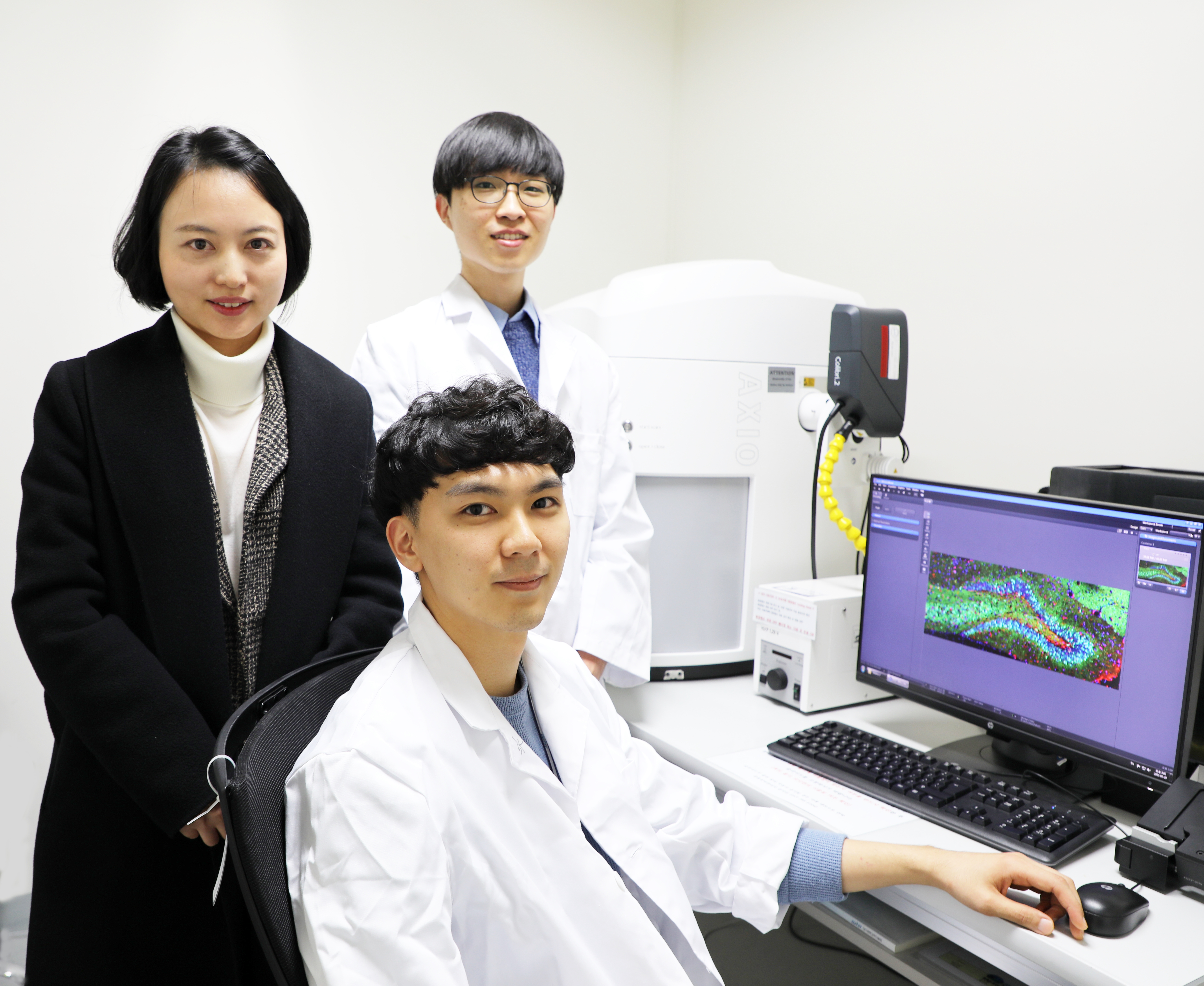 DGIST announced on February 12 that the joint research team of Professor Jaewon Ko and Professor Ji Won Um in the Department of Brain and Cognitive Sciences found a new candidate target to treat epilepsy by regulating GABAergic synaptic functions1. This research achievement is expected to set a milestone to develop new treatments such as epilepsy, one of the intractable brain diseases.

Epilepsy is one of the intractable brain diseases with a high prevalence of 1% in South Korea's population, as more than 30% of the central nervous system does not respond well to the conventional medications. In particular, the number of patients with epilepsy convulsions that occur with high blood pressure, diabetes, hemorrhage, etc., due to various causes, account for 10-15% of the total population. However, no specific mechanisms have been known clearly on how epilepsy begins in which parts of the brain, how it spreads to other parts of the brain, and how its symptoms are controlled, are largely unknown.

Professor Um’s research team had been steadily discovering and researching key molecules that mediate the development of GABAergic synapse associated with brain diseases and discovered IQSEC3, a GABAergic synapse-specific protein, for the first time in 2016. In this research, her research team uncovered a new molecular mechanism that mediates the GABAergic synaptic development by regulating neural circuit activity2 in the hippocampal dentate gyrus, in which IQSEC3 mediates higher brain functions such as memory and learning.

To determine this, the research team produced a knockdown3 virus which eliminates IQSEC3 and injected it into the hippocampal dentate gyrus of mice, which showed a decrease in GABAergic synapse numbers and neurotransmission with severe seizures. This revealed that IQSEC3 protein was a key factor in mediating the GABAergic synaptic structure and function.

The researchers found that the amount of somatostatin peptide, originally known to be secreted from hypothalamus, in the hippocampal dentate gyrus, was dramatically decreased. They confirmed that injecting somatostatin peptides into the specific type of GABAergic interneurons also completely restored the GABAergic synaptic deficits and increased frequency of seizures caused by IQSEC3 deficiency.

Professor Um said, “We found a key clue that somatostatin, which is a key for regulation of synaptic transmission between nerve cells, directly mediates the development of GABAergic synapses. This can be used as a novel treatment strategy for epilepsy and various refractory brain diseases caused by a breakdown of the excitatory-GABAergic balance at synapses and neural circuits."

This research was conducted in collaboration between Professor Jaewon Ko and Professor Ji Won Um in the Department of Brain and Cognitive Sciences at DGIST as the corresponding authors and Seungjoon Kim and Hyeonho Kim of the combined master’s and doctoral dual degree programs as the co-first authors. The study was also published online in the prestigious international journal Cell Reports on the 11th, and was carried out with the support of the Ministry of Science and ICT as well as the Mid-level Researcher Support Project and Brain Science and Technology Development Project by the National Research Foundation of Korea.

1 GABAergic synapse: A synapse refers to a structural place where signals are transmitted between brain nerve cells. GABAergic synapses allow higher integration of nervous system by inhibiting signal transmission from other neurons.
2 Neural circuit: A network of synapses in which neurons are physically and functionally linked in specific patterns. The properties of neural circuits vary, and a number of connectome studies are conducted worldwide to complete the neural circuit maps in various model animals.
3 Knockdown (KD): One of the genetic techniques that lowers the level of genetic expression level, which is widely used in life science research using various RNA interference mechanisms such as microRNA, shRNA and siRNA.